bit2Big > Africa News > Zuma vs Ramaphosa? Neither is the leader South Africans deserve 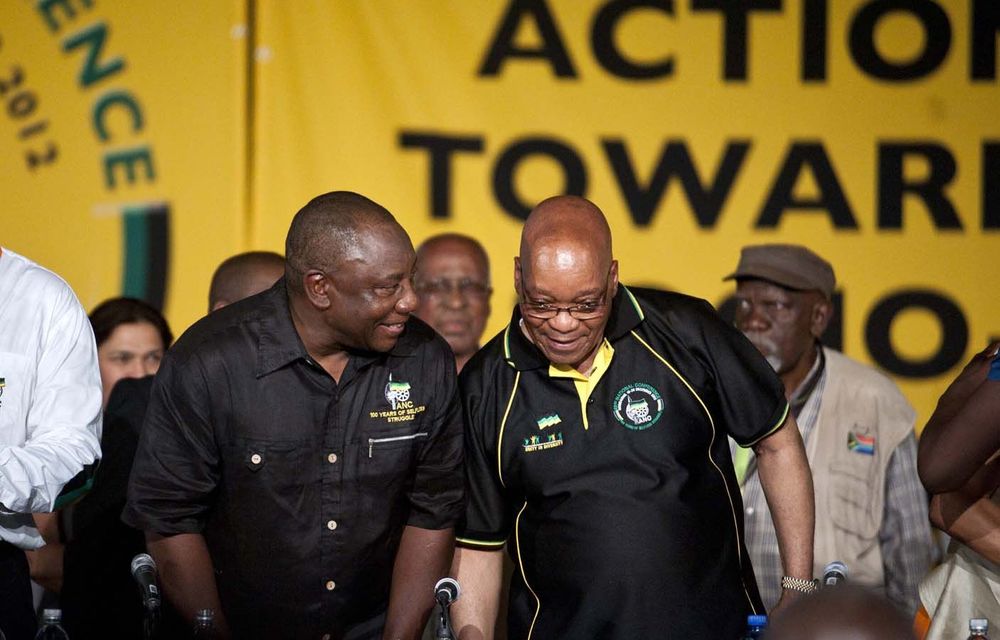 As South Africa plummets further into crisis, our panicked and desperate calls for leadership escalate. Whether it be the unrelenting terror of violence against women or the ever-waning strengh of our economy, there is a sense that we are surrounded by insoluble dilemmas. We have a sense that our society is in rapid decay and in a process of unstoppable decline. We beg for guidance and demand solutions from our political leadership.

Citizens are starting to question whether such redemptive guidance can be found in president Cyril Ramaphosa. Some people become nostalgic, longing for a time that seemed more stable and prosperous. As we witness Ramaphoria in its final throes, a resurgence of support for former president Jacob Zuma has occurred.

The hashtag #ZumaWasBetter recently trended on social media as thousands of posts spread across social media condemning Ramaphosa’s presidency as a failure that was incomparable to the exceptional leadership of Jacob Zuma. Zuma has been praised for the policy of free education, for implementing a range of social programmes that have alleviated poverty, and for investment in national infrastructure.

Was Jacob Zuma a better leader than his successor? Nostalgia dims the clarity of the past, often erasing the ugly, complicated aspects of history.

Instead of playing into the binary choice of Zuma vs Ramaphosa, a more valuable observation can be made: both presidents represent the decay of our society. They are different manifestations of the same systemic problems.

A corrupt and incompetent ANC, the restraints imposed by neoliberal capitalism, and our diluted version of democracy will rarely produce the formal political leadership South Africans deserve. Briefly examining the former and current presidencies reveals that under the current conditions, effective leadership will not come from the ANC or the assemblies of parliament. The question that will lead our reflection is: what would qualify as good political leadership?

What would qualify as good political leadership?

Because South Africa is a liberal, representative democracy the assessment must occur within the context of that system.

The governing political party is a central institution within a liberal democracy. One can see it as an instrument to enact the will of its representatives, protect the rights of citizens at large and maintain social order. Being able to exercise authority as the leader of a political party is a sign of efficient leadership. Commanding such executive power is needed to achieve the goals of democracy.

The unrelenting persistence and prevalence of corruption, the almost total absence of accountability and the elusive dream of prosecution for these crimes, is proof that members of the ANC cannot be reined in. Both Zuma and Ramaphosa have issued unambiguous condemnations of corruption. And neither leader was able to significantly curtail the issue.

Defenders of Ramaphosa could point out that Zuma’s handling of the problem was drastically worse, considering the entanglement of his administration in networks of patronage and corruption that weakened state enterprises. This conveniently overlooks the fact that Ramaphosa presided as Zuma’s deputy president from 2014 to 2018. And before his tenure as deputy president of our republic, Ramaphosa was a member of the ANC national executive committee since 2007.

Under Ramaphosa’s watch, corruption evolved into a systemic problem, a parasite present within the state and private sector, corroding the ability of government to function at local and national levels. Considering he held positions of immense political power for a decade, besides anti-corruption rhetoric, what action did he take?

Neither statesmen have been able to command effective authority within their party because the ANC has become a battleground for the advancement of political careers and a machine used for the self-enrichment of a new black elite. Simple, unfettered greed is not the only factor that drives corruption. The ruling party has failed to deliver economic transformation, the formal economy is still dominated by white capital and inequality widens with each decade. The scarcity of opportunity and cut-throat competition for resources among previously disadvantaged citizens within the business community drives a politics of patronage. Those unable to access opportunity in the formal economy utilise the state as an avenue for financial advancement.

The systemic nature of corruption within the ANC, pouring out into the state, alongside the absence of political authority to curb the culture, produce an organisation that continues to mock the trust of its voters and citizens in general. Secondly, the devouring of state funds or revenue means the ANC is severely weakened in its capacity to implement policy — be it welfare programmes or infrastructure.

Thirdly, because the party has become a machine for enrichment in the politics of patronage, increasingly it is engulfed in divisive (sometimes deadly, at a local level) infighting. On a national level, the divisions within the ANC manifest as executive members being unable to come to agreement about key policy decisions such as whether to request support from the IMF and World Bank as the country faces the coronavirus pandemic.

These systemic quandaries existed during Zuma’s presidency and they persist under Ramaphosa. Until the underlying conditions that motivate corruption and tailor an environment for it to flourish are dealt with, no president of the ANC will be able to command useful authority in the party.

From Thomas Sankara to Franklin D Roosevelt, great leadership has been marked by political creativity and imagination. Moreover, is this political imagination utilised in the interests of citizens? Dismally lacking in will or capacity, have the presidencies of Ramaphosa or Zuma displayed an ability to create policies that effectively engage with the systemic nature of the country’s issues?

As orchestrators of economic and social policy, both presidencies have failed. But their failure is not about the shortcomings of individuals, but rather the impotence of democratic policy-making in a capitalist economy.

Liberal democracy’s marriage to capitalism means government, and therefore state as the instrument that enacts government’s will, functions under the incredible pressure of private, undemocratic interests. Wealthy people, formally organised into corporations or businesses, use their vast wealth to pursue their class interests. This means influencing the government to design an economic and political landscape, through laws and policies, that enable capitalists to continue making mighty profits.

The interests of multinational corporations that have stakes in our economy, the concerns of international financial institutions like the IMF and World Bank, alongside the priorities of local big business, will constrain what is “possible” and “necessary” in terms of government policy.

Because the South African state has been trapped into a dependence on these forms of capital, no ANC president or policymaker can comfortably tailor policy and legislation geared to effectively deal with our systemic socioeconomic plights.

Ramaphosa’s alliance to capital is glaringly transparent. Himself being a billionaire, it would be odd if he were to design or enact policy that would threaten his wealth or that of his investors. This alliance was evident in his complicity in the Marikana massacre, where as a shareholder of the Lonmin mining company, he requested aggressive police action against striking miners, resulting in numerous deaths.  As policymakers, his cabinet has followed in the footsteps of Thabo Mbeki, pursuing market-friendly approaches to fiscal policy such as a renewed embrace of privatisation, deregulation and a general liberalisation of the economy.

To the frustration of global and local capital, Jacob Zuma bowed to the interests of those within his kleptocracy. He spoke left by adopting such terms as “radical economic transformation”. However when rhetoric became policy and law, especially in his second term, the attention of Zuma’s cabinet was geared primarily towards the promotion of narrow interests within the black business community.

Analysts have highlighted how this resulted in the cementing of systems of patronage at local and national levels. What resulted from Zuma’s presidency was not only the slide of state-owned enterprises into crisis but exacerbation of pre-existing problems in public health, basic education, land reform —  and the list goes on.

Whether appealing to the interests of the private sector or the strategic whims of the Guptas, both presidencies displayed a severe neglect of the needs and interests of South Africans. In particular the voices of our country’s most vulnerable citizens —  unemployed youth, the working poor, people living in rural poverty —  have been disregarded in the ANC’s clumsy attempts to hold on to power.

The debate over Jacob Zuma versus president Cyril Ramaphosa is limited in terms of the insights it can provide. As long as the ANC functions as a machinery for self-enrichment and if our democracy continues to be vulnerable and almost defenseless against the demands of capital, South Africa will not find exceptional leadership in its politicians.