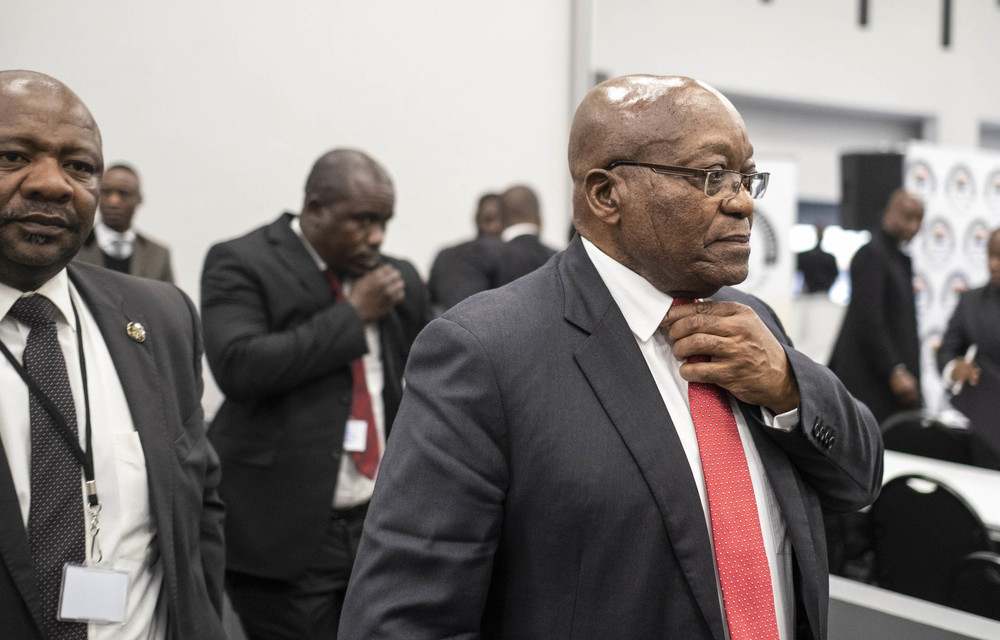 President Cyril Ramaphosa on Friday said the top leadership of the ANC would meet former president Jacob Zuma “any day soon” and insist that he respect the rule of law and adhere to a court order compelling him to testify before the Zondo commission of inquiry.

Ramaphosa said Zuma had, as “a disciplined member of the ANC”, agreed to the meeting.

“There are quite a number of engagements happening, and one of those is an engagement that he is going to be having with the top leadership of the ANC, which should be happening any day soon,” Ramaphosa said in a question session with the South African National Editors’ Forum.

“The message will be very simple and straightforward: let us all abide by our constitution [and] respect our institutions, particularly the judiciary.”

Sources have told the Mail & Guardian that Zuma had dug in his heels in talks with ANC secretary general Ace Magashule and ruled out any chance of reconsidering his refusal, unless Deputy Chief Justice Raymond Zondo recused himself. Magashule would, as the ANC’s second-in-command, be part of the delegation going to meet Zuma.

Zuma has increasingly made his refusal of the past two-and-half-years to co-operate with the state capture inquiry a personal crusade against Zondo, whom he accuses of bias and impropriety.

On Monday, the commission filed an urgent application with the Constitutional Court, asking that it find Zuma in contempt for defying its 28 January ruling ordering him to obey a summons to testify for five days this month. Commission secretary Itumeleng Mosala asked the court to impose a punitive two-year prison sentence on Zuma.

Should the court elect instead to impose a suspended sentence, designed to coerce Zuma into testifying, the commission would make special arrangements to hear his evidence before the end of March, Mosala said.

At the time the application was filed, 31 March would have marked the end of its lifespan. However, on Tuesday, the high court in Pretoria granted the commission a three-month extension to complete its work, potentially moving the goal posts in the impasse with Zuma.

Asked about the propriety of a recent visit by Police Minister Bheki Cele to Zuma to Nkandla, Ramaphosa said it was simply a case of a minister with long-standing relationship with Zuma appealing to him personally regarding his stand-off with the commission.

“He [Cele] felt compelled to go and have a personal discussion with former president Jacob Zuma,” Ramaphosa said.

“He wanted to go and have a heart-to-heart discussion with former president Jacob Zuma. I know there will be views that he should not have done so … because it could conjure up notions that not all people are equal before the law.

“All they ever really discussed was the position that former president Jacob Zuma is in now with regard to going to testify before the Zondo commission. It was just as plain and as pure as that.”

Cele is cited as a respondent in the commission’s court application because he would have to ensure, as the executive authority, that the police carry out an eventual order to arrest Zuma.

Ramaphosa has, in recent days, redoubled his efforts to defend the courts from attack by Zuma and his political allies.

On Friday, he reiterated that people with complaints against judges should take these to the Judicial Service Commission.

Zuma had gone as far as claiming that judges had accepted bribes to favour Ramaphosa in litigation involving the secrecy of donations to his ANC presidency campaign, known as CR17.

“Those who just throw accusations at judges demean our constitution, our democracy and indeed our nation,” Ramaphosa said.

“Judges are not above the law; no one is above the law. All of us as South Africans, from the president to any citizen of the country, must abide by the law, by the constitution, because if we don’t then there is lawlessness in our country,” he said.

Ramaphosa stressed that regarding respect for the rule of law there was “no backing down”, as far as he was concerned as the head of state.