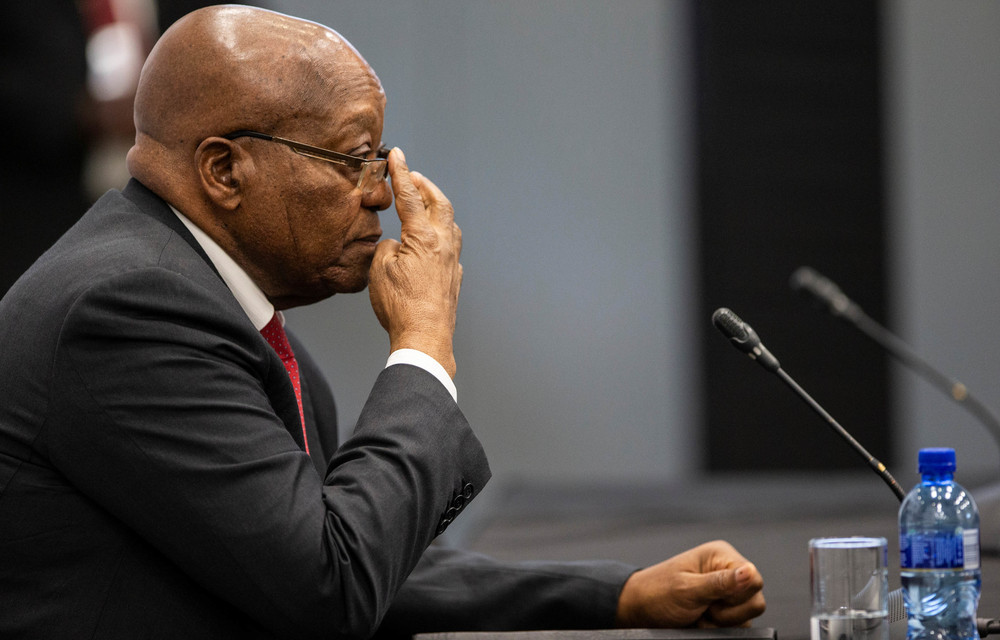 The Zondo commission has asked the Constitutional Court for an urgent order declaring former president Jacob Zuma in contempt of court and sentencing him to two years in prison for defying summonses served to testify before the inquiry into state capture.

The application was filed with the apex court on Monday after Zuma defied the third summons in a row from the commission, the last one to appear before it from Monday to Friday last week.

In a supporting affidavit, the secretary of the commission, Itumeleng Mosala, says Zuma “intentionally” defied the summons, which was made an order of the court in a ruling handed down on January 28.

This speaks to the requirement in law and legal precedent for defiance of a court order to be mala fides before it can lead to finding a person guilty of contempt, which is a criminal offence.

Mosala cited both the minister and national commissioner of police as respondents in the matter, following Zuma, for they are required to give effect to his arrest.

“Mr Zuma did not attend at all during the whole week. This application is brought immediately after the last day of the contempt of court, being February 19,” he stressed.

The 209-page court application then proceeds to deal with the former president’s ongoing attacks on the integrity of the bench, and cites these as a further reason for urgently finding him in contempt.

There was no guarantee that Zuma would cease his attacks on the judiciary and the rule of law, and it carried the risk that he would inspire others to adopt a similar stance, Mosala submitted. This carried “the grave risk” that the rule of law would be fundamentally weakened.

“The seriousness of the threat that Mr Zuma’s conduct poses to public trust in, and respect for, the authority of the courts and the rule of law requires this court to intervene and assert its authority without delay,” the application read.