bit2Big > Africa News > Why are so many in France hesitant to take the Covid-19 vaccine? 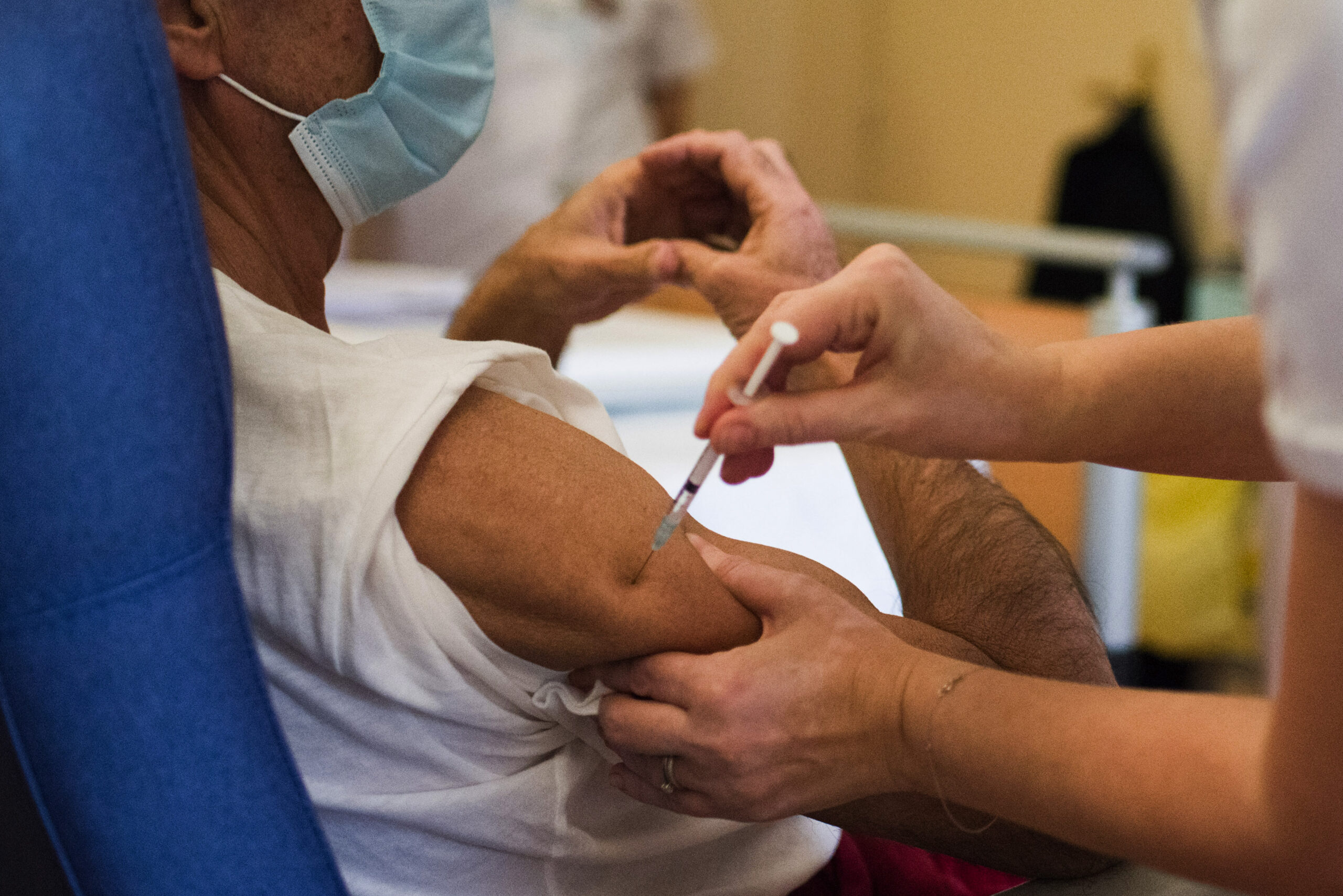 Jean Debouche is not “against” vaccines. In fact, the 80-year-old says he is among the first in line to get the flu shot every year.

But when it comes to the Covid-19 vaccine, the retired truck driver says there is no way he will be getting inoculated, even if he is eligible.

“We don’t know what’s inside it,” the lifelong Paris resident said of the vaccine.

France started rolling out the Pfizer-BioNTech vaccine on December 27, along with other European Union members.

Speaking to Al Jazeera, Debouche said he was sceptical because France was prioritising vaccinations for nursing home residents.

“It’s like they’re using the elderly as guinea pigs,” he said.

According to a recent survey by the Odoxa polling group and Le Figaro newspaper, 58% of the French population are sceptical of getting the Covid-19 vaccine, compared with 33% of people in the UK and 41% in the US.

“A lot of people just don’t trust what the government and scientific experts are saying,” Antoine Bristielle, a researcher at the Jean-Jaures think-tank in Paris, told Al Jazeera.

According to Bristielle’s research, France’s vaccine sceptics typically fall into three categories: young people, women, and those aligned with the political far left and far right.

But the most common dominator, he says, is mistrust in the government.

Bristielle points to two health incidents from the early 1990s that have scarred the French population: the hepatitis B vaccine roll-out and a blood contamination scandal involving the government.

A mass vaccination campaign against hepatitis B in the early 1990s coincided with a jump in multiple sclerosis diagnoses, leading many to link the two. While studies never found any convincing evidence tying hepatitis B vaccines and multiple sclerosis together, it led to a dramatic rise in vaccine hesitancy.

In 1991, in France’s biggest public health scandal, the government was found to have knowingly administered transfusions with contaminated blood from people who were HIV positive to at least 1,200 haemophiliacs, which led to hundreds of deaths.

French government officials had initially said they were not aware the blood was contaminated. Three ministers, including former Prime Minister Laurent Fabius, were charged with manslaughter. Only one was found guilty and received no sentence.

But to this day the scandal has left public confidence in the government shaky at best.

An even more problematic issue today, Bristielle says, is disinformation about the safety of the vaccine being disseminated by the mainstream media.

“You have a lot of so-called experts going on television saying false things,” Bristielle said. “Even if what they’re saying is obviously not true, the fact that it’s being said on mainstream TV validates it in a way.”

‘It will turn you into a GMO’

Conspiracy theories about the vaccine have been spreading in France for months. Among the most extreme: the belief that the vaccine alters peoples’ DNA, or that it contains microchips designed to track people.

One group fighting the spread of this kind of fake news is Les Vaxxeuses. Founded in 2017, the organisation has 20,000 followers on Facebook and is made up of 20 to 30 volunteers, many of whom are scientists, who find and correct misinformation about vaccines.

“You see some crazy things being shared, like people saying [the vaccine] will turn you into a GMO [genetically modified organism],” Marie, a volunteer with Les Vaxxeuses who preferred not to share her last name for her safety, told Al Jazeera.

One of the most common concerns is that the Covid-19 vaccine was made too quickly.

“We explain to them that if other kinds of vaccine research was given this amount of money, they could be made in the same amount of time,” Marie said.

Magalie, a 50-year-old librarian who asked not to give her last name for fear of being judged by colleagues, said she does not plan on taking the vaccine for at least a year.

She told Al Jazeera: “This was all done in a matter of months … it’s too soon to know what the side effects might even be.”

The French government has received 560,000 doses of the Pfizer vaccine and says it expects to receive another 500,000 doses every week, starting on Wednesday.

According to official data, only 7,000 people had been inoculated as of Tuesday, or 0.01% of the population. If the government wants to reach its goal of vaccinating one million people by January 31, 2021, it would have to vaccinate 38,192 people a day.

Neighbouring Germany, meanwhile, which started administering the vaccine on the same day as France, has inoculated 317,000. Italy has administered more than 182,000 vaccine doses.

According to comments published in Le Journal Du Dimanche, French President Emmanuel Macron has privately expressed his disappointment with the slow start to the vaccine roll-out.

“I am at war in the morning, noon evening and night,” he reportedly said. “This won’t do … it must change quickly and firmly.”

On Tuesday, France’s Health Minister Olivier Véran told RTL radio that the government was “amplifying, accelerating and simplifying” its vaccination strategy, and that health workers aged 50 and above could start being vaccinated. He also said any French citizen wishing to be vaccinated could sign up online.

But for many, the country’s astonishing lag has drawn accusations that the government is pandering to France’s anti-vax movement.

“We must vaccinate people as soon as possible … and not focus on people who refuse to be vaccinated,” epidemiologist Catherine Hill told the French television network LCI last week.

Jean-Louis Montastruc, the director of the Pharmacovigilance Center at Toulouse University, told La Dépeche newspaper: “I am aware that this vaccination campaign raises many questions … but any doctor would agree that the sooner we start vaccinating, the better.”