bit2Big > Africa News > Why anti-corruption campaigns are bad for democracy 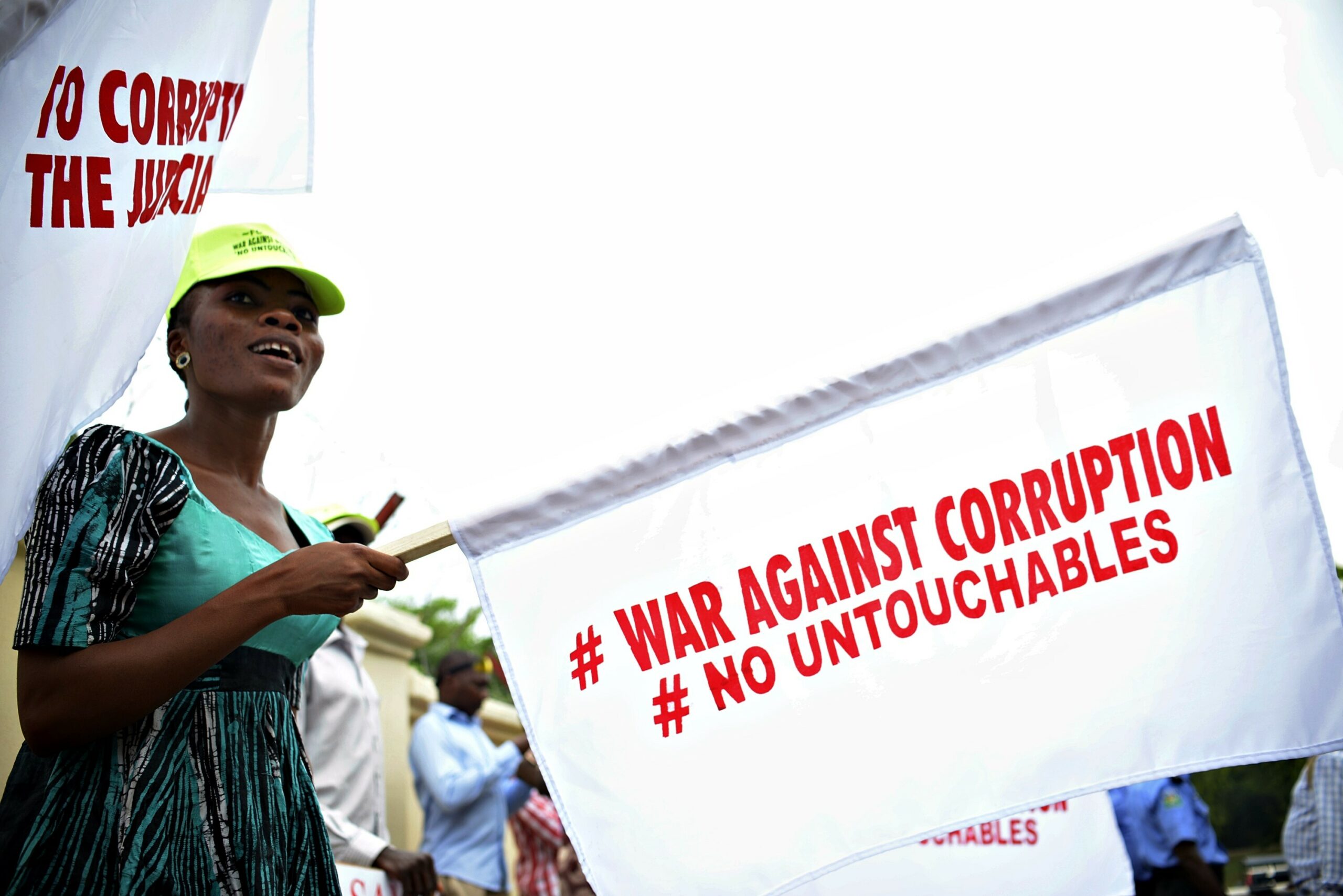 Public awareness campaigns have become ubiquitous in the age of foreign aid, democratisation and social media. Think of any cause related to governance, human rights and democracy and someone will have proposed a public awareness campaign to advance it. Nowadays it would be strange to promote electing more women to the legislature without a public awareness campaign designed to “sensitise” voters to the value of supporting female candidates. Similarly, almost every anti-corruption strategy now has an awareness-raising element, and anti-corruption adverts designed to get the public to reject bribery and report graft have become commonplace in aid-receiving countries.

These approaches make intuitive sense. If you want to really change something that has become deeply entrenched in society, how can you do it if you don’t change public attitudes?

But what if many of these campaigns are actually doing more harm than good?

That’s the worrying suggestion arising from recent research on gender and corruption. Over the past few years, a number of studies have found that telling people about really big problems doesn’t always inspire them to try to change the world for the better. Instead, it can encourage them to adopt precisely the behaviours that campaigns are trying to discourage. Our new research as part of the Anti-Corruption Evidence Consortium provides a worrying example of this: anti-corruption messaging not only encourages people to pay a bribe — it also undermines important democratic attitudes and behaviours.

Why this happens, and what it means for our ability to improve the world, provides fascinating insights into social psychology and how our minds work.

The road to hell …

Traditional public awareness campaigns have two elements: to educate citizens about an issue and to motivate them to help to overcome it. The problem is that, even if it is not mentioned explicitly, raising awareness about something that’s bad for society — like corruption or gender inequality — can encourage people to think about how much it exists, and how many of their friends do it.

This can distort how a public awareness campaign is received for two reasons. The first and perhaps most obvious is that making people focus on how entrenched an issue is can make them give up hope of being able to solve it. That can engender apathy rather than activism.

To understand the second reason, we need to look at some of the recent insights from research on social psychology. Recent studies have found that people are most likely to update or change their attitudes when they think most of their peers have already done so. If all the people you know and look up to have already registered to vote, or given up smoking, you are more likely to do so yourself. This isn’t a conscious decision — it happens because of our deep desire to fit in and impress others.

It is, therefore, very dangerous to tell someone that lots of people like them are paying bribes or evading taxes. Messages like this reinforce the idea that it is possible to get away with problematic behaviours, and may also encourage people — subconsciously — to believe that they are appropriate.

We read these messages to 2 400 randomly selected people in Lagos, Nigeria. We chose Lagos because, as an ethnically diverse state encompassing wealth, poverty and inequality, it reflects the kind of context in which anti-corruption messaging is often deployed.

Each person we interviewed was given one of the narratives. A control group was not given any anti-corruption information, so that we could assess the effects of the messages compared to receiving no message at all. We then asked people to play a game in which they could make more money if they were willing to “bribe” the person who was running it.

The results were worrying: in line with other studies, “none of the narratives we used had a positive effect overall. Many of them actually made Lagosians more likely to pay a bribe”. Anti-corruption messaging seems to contribute to “corruption fatigue” and persuade citizens that they may as well try to milk the system rather than fighting it because, well, everyone else is.

This led us to worry about what other kinds of unintended effects anti-corruption messages might be having: could they also be harming democracy?

The bad news gets worse

Unfortunately, we found that the negative effects of anti-corruption messages are not limited to bribery. By making citizens more sceptical about politicians and the political system, and encouraging them to believe that rule-breaking is endemic, anti-corruption campaigns actually undermine key democratic beliefs and ideals.

Compared to those who did not receive any message, people who received an anti-corruption message had lower levels of confidence in Nigeria being a democracy. A majority of messages also made individuals less likely to vote for anti-corruption political leaders. And almost all of the messages undermined the willingness of individuals to pay taxes.

Strikingly, there was not a single case in which anti-corruption messages had a positive effect in any of these areas.

What is to be done?

Does this mean we should just stop running public awareness campaigns? Not necessarily. There may be ways that messages can be designed to have a positive effect if we act on the lessons of social psychology. By designing messages that encourage individuals to believe that people like them are already rejecting corruption, we may be able to encourage them to adopt this behaviour themselves.

We also found that anti-corruption messages that don’t mention the government or politicians have a much less problematic effect on democratic norms and values. Wording messages in this way may be less damaging because it doesn’t directly encourage individuals to lay the blame for corruption at the door of the political system.

The challenge when it comes to corruption is whether messages designed in this way would be credible. Where corruption is endemic it tends to be deeply rooted in political structures. To ignore this risks allowing those to blame off the hook. And will citizens really believe that their peers are acting in different ways if they witness no change in their daily lives?

All of which suggests that even smarter anti-corruption campaigns are unlikely to work unless governments first make some progress towards reducing corruption itself.

Nic Cheeseman is professor in democracy at the University of Birmingham. 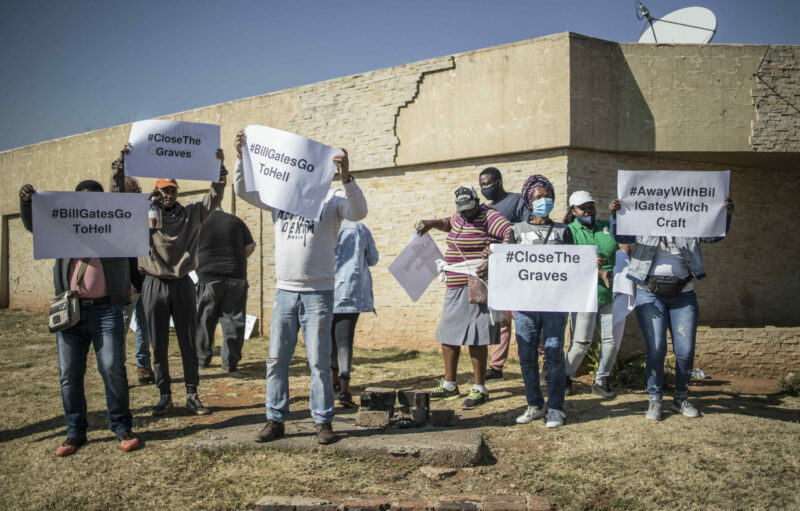 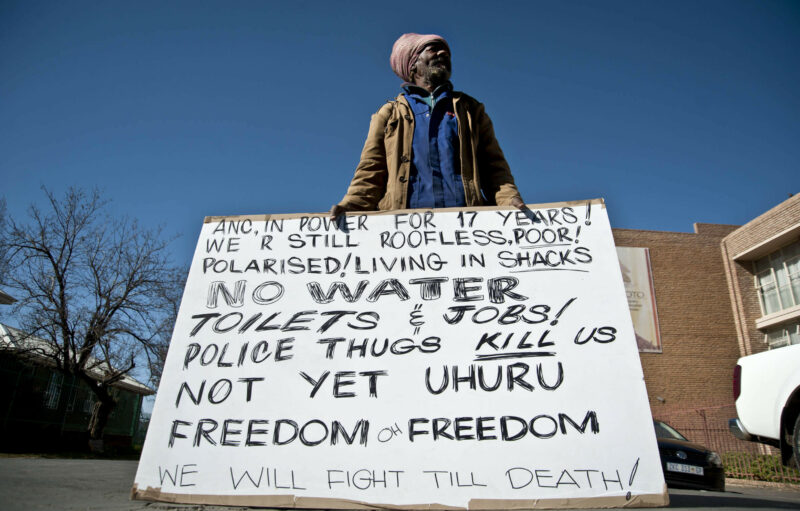 Democracy does not mean keep voting for the ANC 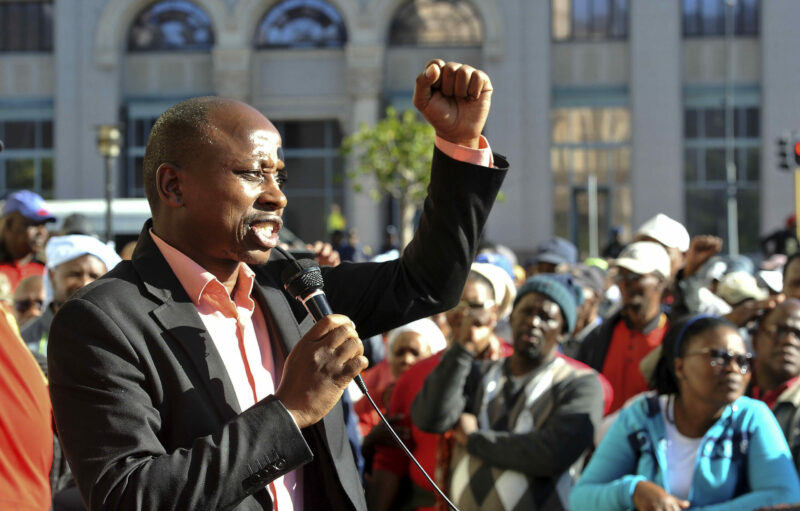