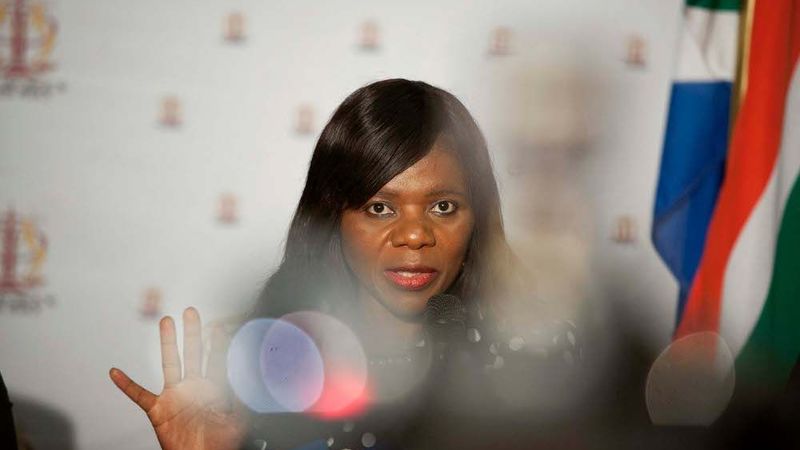 South Africa’s former Public Protector, Thuli Madonsela, provoked a political storm recently when she suggested that public servants implicated in grand corruption should be given the chance to apply for amnesty.

Many South Africans, weary of rampant, unchecked and unaccountable corruption, could be forgiven for asking: what on earth was she thinking?

Madonsela won the admiration of many South Africans because of her steely resolve in the face of malfeasance and breaches of the rules of integrity in public office. Her proposal suggested she might be going soft on corruption.

To be effective as the Public Protector Madonsela required many attributes, as I set out in my 2013 book, The Zuma Years. These included independence of mind, a very thick skin and a certain contrarian eccentricity that rendered her far less susceptible to the numerous attempts to intimidate her as she took on then president Jacob Zuma and his state capture network.

Her amnesty idea displays all of these characteristics.

It should be taken seriously, if only to affirm the merit of a diametrically opposed position.

Madonsela’s timing is especially unfortunate. It is only in very recent times that the Hawks, the priority crimes investigating police unit, and other agencies of the criminal justice system appear to have recovered the institutional capacity to begin prosecuting those responsible for the deep-lying state capture project.

Recent developments have begun to suggest that the net is finally tightening around the bigger fish that are the true architects of systematic corruption in the country.

This has been widely welcomed. Accountability, at last.

Against the grain of this public view, Madonsela, a law professor, entered the fray to suggest that instead of being tough on the perpetrators, an olive branch should be extended.

This is an example of the “independent-mindedness” for which Madonsela was rightly acclaimed during her seven-year term as Public Protector from 2009-2016.

It is also not only contrarian, but also eccentric in that it makes so little sense.

To be fair to her, she tried to clarify later that she did not mean amnesty for every perpetrator, and certainly not the big fish. Her idea is targeted at those whose “status”, she says, “in the food chain is quite junior”.

But the first of a series of fatal flaws in her idea is about where to draw the line: on what basis should one distinguish the smaller from the bigger fish?

Those who had played a “minor but critical” role was how she framed her idea. There is already a problem here: is it possible for something to be both “critical” to a (criminal) enterprise and yet still “minor”?

Madonsela confirmed that amnesty should be available on a legal rather than a moral basis. Yet, in a radio interview after she’d floated the idea, and drawn a lot of flak, she added to the confusion.

At first Madonsela spoke of people who may have “bent the rules” unwittingly, in which case, they may well have a legal defence to criminal conduct. Later, she clarified that she intended to cover individuals with “agency”, even to the extent that their palms have been “greased with money” (which, she argued, they would have to pay back in return for amnesty).

If the right to amnesty was indeed to be a legal entitlement, then the terms on which entitlement to amnesty applies have to be very clearly and carefully drawn. This much has been revealed in Constitutional Court decisions concerning the legal rationality of presidential amnesties or pardons in the case of women convicts and perpetrators of apartheid era offences.

Madonsela’s public policy rationale appears to be that without an inducement, the smaller cogs in the bigger wheels of state corruption may seek to hide and avoid prosecution when what is required is that they should come forward with information about the bigger fish.

Perhaps, then, an offer of amnesty – in effect, a legal right to indemnity from prosecution – deserves to be given serious consideration. This, especially if it is the case that the National Prosecuting Authority is struggling to pull together the evidence to bring strong prosecutions against the most powerful perpetrators of state capture corruption.

But there is no evidence that this is the situation. And, moreover, there are major downsides to be weighed in the balance.

The case against amnesty

First of all: deterrence.

The fact that amnesty has been granted in the past may encourage future corrupt actors to take the risk. The corollary is that the successful prosecution of corrupt officials is likely to discourage repetition.

Secondly, the arguments put forward by Madonsela would, in my view, provide grounds for mitigation in sentencing – not for amnesty. One example would be “small fish” cooperating with the investigative authority and providing evidence about the bigger fish. Another example would be if someone could show that they were bullied into bending procurement rules by a superior and more powerful individual in the system.

Another possible avenue – common practice in criminal justice systems around the world – is the use of a “plea bargain”. Here an accused person trades information in return for facing a less serious charge.

Amnesty would, in effect, deprive them of this opportunity and could thereby undermine the integrity of the whole criminal justice system.

The other major consideration is perception – both in the eyes of key stakeholders, such as the investment community and, secondly, the general public.

Investors are especially eager to see if South Africa has the capacity to hold to account those who contaminated the democratic state and so undermined fair competition by enabling a rent-seekers’ paradise. It is about the strength of the rule of law. Investors want to feel confident that this is one destination where the rule of law holds and where, because of state capture prosecutions, there is less risk of a repeat.

And surely, above all else, the public will feel cheated if perpetrators of state capture corruption, however “minor”, get away scot-free. This, more than anything, would encourage a lawless society, steeped in a culture of impunity rather than accountability.

A dangerous path to tread

Attempts to trade amnesty for information about state corruption have caused conflict as well as controversy in other countries. One notable example was in Tunisia in 2017.

But the biggest danger is that it simply sends the wrong message. This was aptly spelt out by esteemed South African artist William Kentridge reflecting on a previous attempt at taking the amnesty road in South Africa through the Truth and Reconciliation Commission process.

A full confession can bring amnesty and immunity from prosecution or civil procedures for the crimes committed. Therein lies the central irony of the Commission. As people give more and more evidence of the things they have done they get closer and closer to amnesty and it gets more and more intolerable that these people should be given amnesty.

Admittedly, Madonsela has a different purpose in mind than the national reconciliation ambition of the Truth and Reconciliation Commission process. But, no, Advocate Madonsela, a blanket amnesty would send the wrong message at the worst possible time.