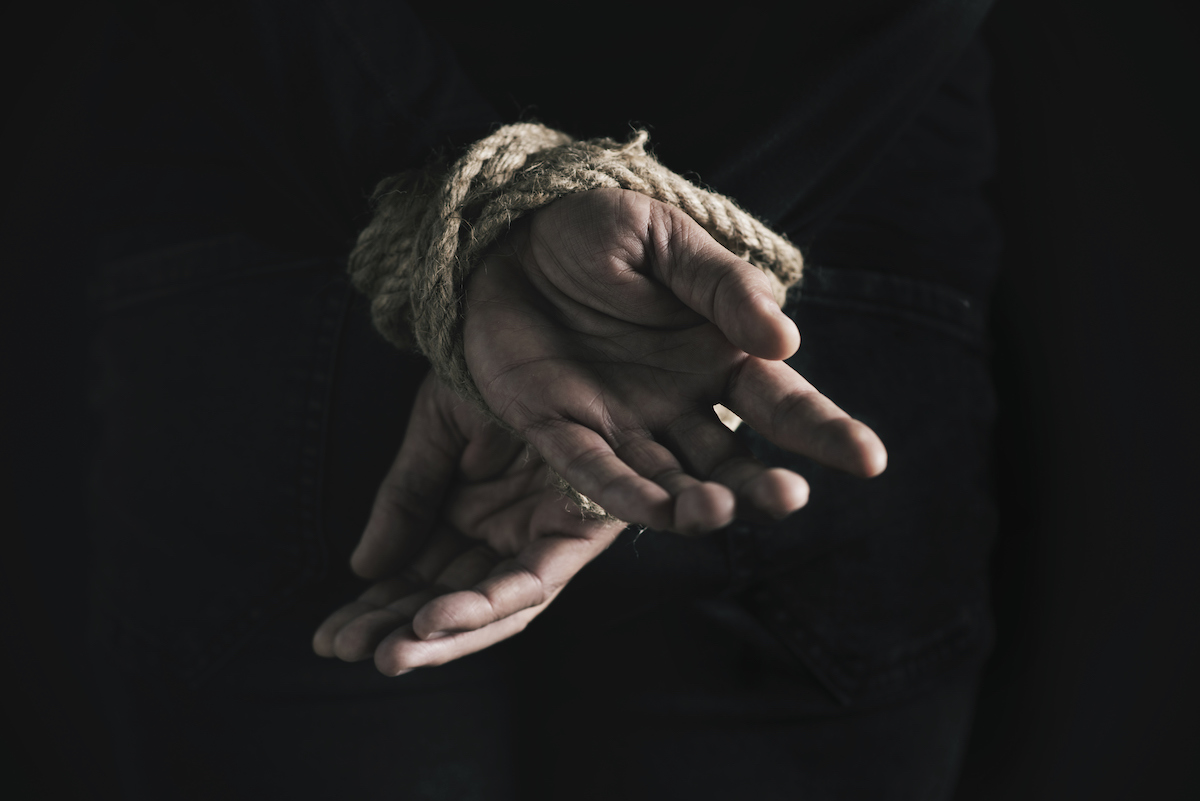 A group of people pushed a man into a gray minivan on a dark street. The man yelled, “Help! Help! No!” and pushed against the van. Passersby shouted, “Let him go!” and tried to stop the van. The man was finally stuffed inside and the van left.

This blurry video, apparently filmed by an unidentified witness Wednesday night in Kyiv, Ukraine, and circulated by local news publications Thursday morning, might mark a new chapter in the story of Bitsonar, a crypto investment firm that raised millions of dollars from investors in the U.S. and Europe, which they are now unable to access.

The Ukrainian media wrote that the man driven away in the minivan was ex-Bitsonar employee Yaroslav Shtadchenko. Shtadchenko’s wife Julia confirmed to CoinDesk her husband appeared in the video and had gone missing last night around 11 p.m. local time as he was coming home from work. She also said she found her husband’s personal belongings on the street after her neighbors told her he was kidnapped.

Complaint to FBI in the works

According to Julia Shtadchenko, before going missing, Yaroslav Shtadchenko called Bistonar’s CEO, Marius Ziubka, and told him he was going to file complaints about Bitsonar to law enforcement in different countries, including the Federal Bureau of Investigation in the U.S. Then, on Wednesday, the lawyer of Bitsonar’s founder called Shtadchenko and suggested “settling the conflict peacefully,” his wife said.

After that, Yaroslav Shtadchenko was kidnapped on his way home. Julia Shtadchenko said she filed a police report Wednesday night but hadn’t heard any updates on her husband’s whereabouts.

In July, Yaroslav Shtadchenko gave an interview to the Russian crypto news publication Forklog under the pseudonym Jan Novak, saying that Bitsonar was founded by former Ukrainian government clerk Alexander Tovstenko, and Shtadchenko worked for the company as a project manager. Both Forklog and Shtadchenko’s wife confirmed Shtadchenko used that pseudonym.

In the interview, Shtadchenko claimed that Tovstenko stopped withdrawals from the platform in the beginning of 2020 and then got away with the money of investors.

Shtadchenko told CoinDesk in July that Bitsonar received about $2.5 million from investors across the globe. On Aug. 6, the website went down and users lost access to their accounts.

CoinDesk was contacted by 11 people saying they haven’t been able to withdraw their money from Bitsonar since February, and one investor who couldn’t get his crypto out since May. According to them, Bitsonar would explain withdrawals were paused because of an audit, but the withdrawals were never resumed. According to the analysis of Bitsonar’s bitcoin wallets by CoinDesk, Bitsonar’s treasury is now empty.

The users who spoke to CoinDesk are from the U.S., Canada, U.K., Denmark, Norway, Netherland, Finland and other countries. Some of them said they would like to pursue legal action but didn’t know where to start. According to Julia Shtadchenko, her husband was ready to file complaints himself, and had the drafts ready. She shared the draft of the complaint to the FBI with CoinDesk.

Bitsonar looked credible, at least in the beginning. The project advertised itself as a startup that used trading bots to earn high profits on investors’ crypto. Pavel Lerner, a well-known crypto adviser with Ukrainian origins, worked with Bitsonar, which gave the enterprise additional credibility.

Lerner himself told CoinDesk he was introduced to the Bitsonar team by his friends and was hired in May 2019 to set up trading bots. “We launched bots for trading on Huobi and Bitfinex,” he said. Lerner said he was fired from Bitsonar in November.

“I’m not sure what was on their minds and how they raised money. They fired me because they were not satisfied with the bots’ profitability,” Lerner added.

Bitsonar OÜ was registered in Estonia and had obtained a local crypto business license, according to the document published by Forklog. “I trusted Estonia (good startup scene) and licenses too much,” one of Bitsonar’s investors from Finland, who asked not to be named, told CoinDesk.

According to Shtadchenko’s July interview in Forklog, the company had been working normally throughout the summer and fall of 2019. But in December 2019, the team was told by Tovstenko to prevent clients from withdrawing funds by any means, Shtadchenko said.

Then Tovstenko refused to pay annual bonuses to the Bitsonar employees and flew to Dubai to celebrate the New Year, Shtadchenko told Forklog. Later, Tovstenko posted a YouTube video of himself partying, he added.

There was no mention of Tovstenko on the Bitsonar website, but apparently he took an active role in the operations. One of Bitsonar’s investors, Ukrainian entrepreneur Vladimir Chaika, told CoinDesk he personally met Tovstenko and gave him $100,000 in cash in exchange for the paper IOU and a promise of up to 11% monthly profits. He never got his money back, he said. Lerner said he met Tovstenko several times and thought he was either an investor or the founder of Bitsonar.

Yaroslav Shtadchenko said he used his access to Bitsonar’s website to publish information about Tovstenko, who he claimed ran away with the investors’ money. He also published Tovstenko’s contact information, including email address, Telegram handles, Facebook and Instagram profiles, and mobile phones.

CoinDesk tried all of the above but got no response. Two of the Telegram handles listed by Shtadchenko, @alexsky888 and @SkyAlex88, received the message but did not respond. One of the phone numbers belongs to a man who said his family name is not Tovstenko but Kovalenko.

How did investors from across the world get involved with a company set up by an unknown founder in Kyiv? One telling example is Eli Taylor, a 42-years old United Parcel Service (UPS) worker from Portland, Ore., in the Pacific Northwest.

One evening in January, Eli was sitting in his condo watching YouTube videos. He became an avid viewer of videos by crypto influencers talking about making money from bitcoin. They were analyzing charts, talking about price movements, showing how to use different platforms – and, of course, advertising their sponsors. They looked professional and smart, and Eli liked them.

At that time, some of those channels were also promoting Bitsonar. Until the end of January, Bitsonar offered a “Christmas special,” with extra perks for larger investors. Eli decided to give it a try.

“The first thing you learn about crypto is, if it’s not your keys, it’s not your crypto. Never give out your crypto, unless you’re paying for something or you’re trading. And I broke that rule with Bitsonal, but it was because they were so seductive,” Eli told CoinDesk via a WhatsApp call.

He invested 5 BTC and 114 ETH, worth about $100,000 in today’s prices, in Bitsonar, he said, which was most of the crypto he had. Now, that money is probably gone forever.

Eli Taylor is still not out of the woods. Working at UPS allowed him to accrue some savings and make some investments. He started with stocks and invested via an online brokerage, then got into crypto in 2018 via the Robinhood app, which had just added crypto at the time.

He seized the moment to buy bitcoin during the price lows of summer 2018, when one bitcoin cost around $3,000, Eli said, but then sold a lot of it and bought altcoins, which then performed very badly. “If I just would have HODLed I would do well,” he said.

“I was doing pretty well until the end of last year, we were having a little bull market,” Eli said. “But then there was a decline, and I just started just to play around and do my own thing and watch videos.”

“I was watching a lot of videos on YouTube, and you can learn more on YouTube than anywhere else, if you have your wits about it and you are careful, and you can use other people’s advice to do your own strategy.”

People analyzing price charts looked smart and qualified – and a bunch of them were advertising Bitsonar. Some even showed how they deposited some crypto with Bitsonar. Plus, there was this Christmas special offer. Eli decided to jump in.

At first, it went pretty smoothly, he said. “The customer service was very helpful and proactive, and I was able to even close one of my investments and cash out on my profits. Very professional emails, detailed, they looked very honest. Very detailed, vivid explanation, and it was convincing.”

Withdrawals worked for Eli until late May – unlike most users, who couldn’t take their money out of Bitsonar since February. Eli was able to pull out about $5,000 worth of crypto out of Bitsonar before May, he said. Shtadchenko told CoinDesk that Eli was the largest investor in Bitsonar.

Bitsonar users provided CoinDesk with multiple bitcoin addresses that they used to send bitcoin to Bitsonar, along with the addresses Bitsonar sent funds from when users withdrew. All those addresses are now empty.

According to CoinDesk analysis using Crystal blockchain-sleuthing software, there have been 564 bitcoin addresses associated with Bitsonar. All of them are now empty. The entire cluster of addresses received nearly 115.5 bitcoin, which is more than $1.3 million at the current price.

According to Shtadchenko, Bitsonar accumulated up to $2.5 million in crypto, and more than half of it, up to $1.5 million, came from the retail investors who saw the promotion of Bitsonar by bloggers. About $650 million came from large investors who handed over physical cash.

To be sure, blockchain analytics tools like Crystal are never 100% precise and it’s hard to say if Bitsonar actually has anything left in its wallets. It’s also impossible to definitively confirm that all the addresses associated with Bitsonar in Crystal really belonged to Bitsonar, or that it’s a full list.

“Given the pseudo-anonymous essence of most cryptocurrencies, blockchain analytics techniques (especially address clustering algorithms) have been mostly of a heuristic nature, meaning the results are obtained from probabilistic methods,” says Kyrylo Chykhradze of Crystal Blockchain.

Gaining 100% confidence in attributing bitcoin addresses to certain entities can only be done with off-chain insights, which means knowing exactly who is the owner of a particular address in the real world, Chykhradze added.

As of Thursday night, the fate on Bitsonar investors money, as well as Yaroslav Shtadchenko’s whereabouts, remain unknown. CoinDesk will monitor the situation.

Disclosure
The leader in blockchain news, CoinDesk is a media outlet that strives for the highest journalistic standards and abides by a strict set of editorial policies. CoinDesk is an independent operating subsidiary of Digital Currency Group, which invests in cryptocurrencies and blockchain startups.
0Shares
AccusingCryptoExitFirmKidnappedScamUkraineWhistleblower 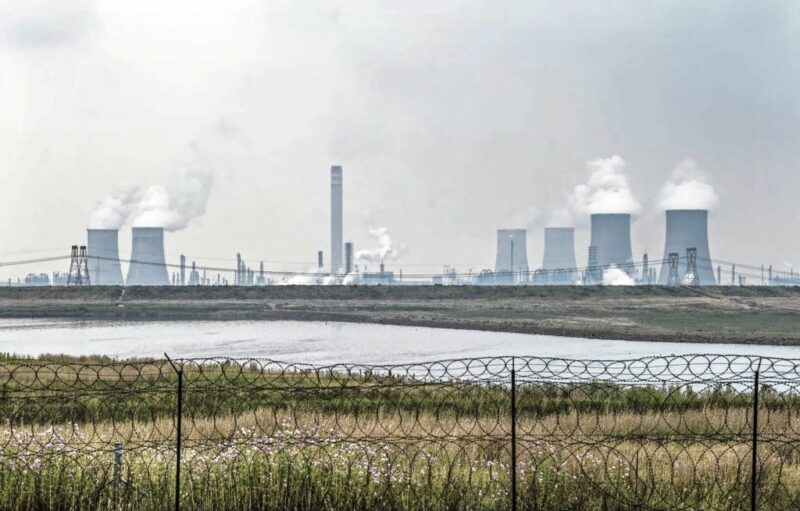 ‘It’s absolutely terrifying to be a whistleblower in Sasol’