bit2Big > Africa News > What lengths would you go to to pay off your debt? 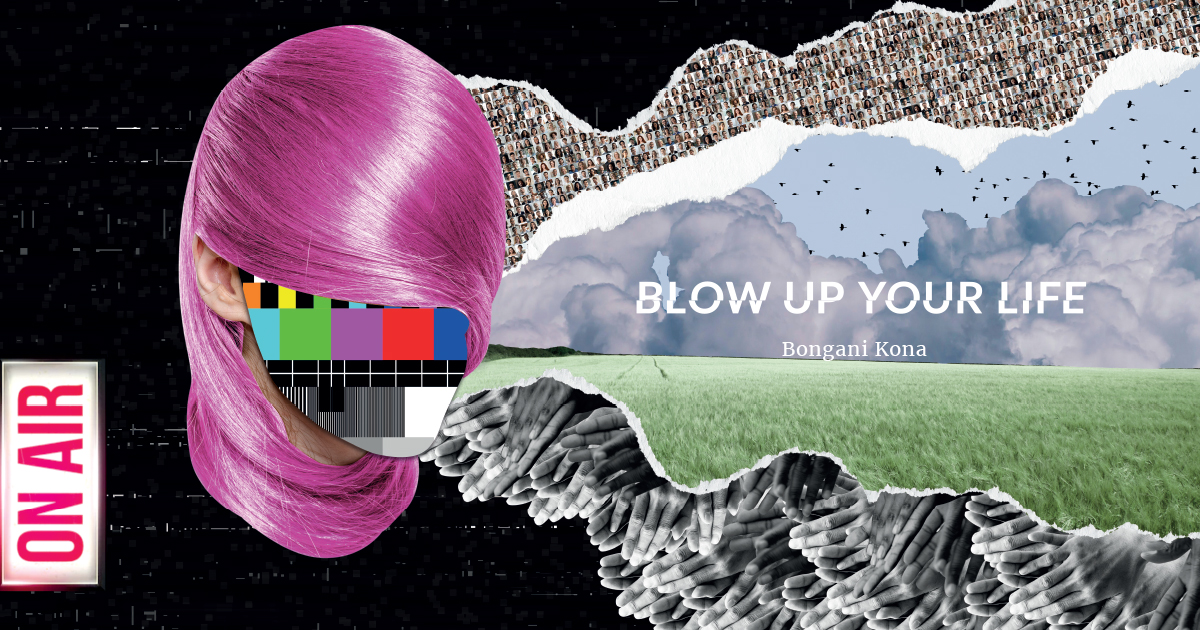 I feel the glass lenses of the cameras staring at me, cold and evaluating. A bright whirl of disco lights illuminates the stage. I can’t see the studio audience, but they are out there. In the dark, on the edge of their seats. Is Ru watching? Even if I am only a stranger to him, I hope not. I hope not a single person I know is watching. But of course, they all are. Shame is what drives the ratings.

But I guess this is better than another eight years of work jail. Sorry, I mean “Debt Restitution Centre”. The DRC I was dispatched to is on a small island here in the North. I should consider myself lucky. That’s what the warden told me. Sorry, I mean “section 18 team manager”. I’m not supposed to call her the warden.

And the other forty people who work on the telemarketing floor of Pterodactyl Enterprises ™ are not ‘prisoners’ either, they are my “colleagues”. We should consider ourselves lucky to be able to make ourselves useful to society after what we’ve done.

We are not literally chained at the ankle to our desks. Not really. It’s just that every day on the island is routine. At 5.30am we wake up to Olivier Messiaen’s Quartet for the End of Time. Classical music, Pterodactyl’s guidelines state, is good for our cognitive rehabilitation. Then we’re let out of the holding cells, sorry, “executive debtor accommodation”, on the third floor and we head down to the dining room. We’re fed a bowl of oats and a poached egg, before clocking into the ten-hour shift making phone calls, endless phone calls. We’re in the high-end luxury department. We sell endangered species. There are tycoons out there for whom owning the last of a given species – speckled piranha, say, or a white rhino – is a worthwhile pursuit.

We are paying off our debt to society, we are told. There are other people in debt restitution living in terrible conditions who have worse jobs; who fall into their beds at the end of the work day, lifeless as corpses.

Where you end up working in the DRC is based on a variety of factors: age and gender, your education, work history. I only qualified for telemarketing.

I have eight years left on the island. Eight years before my debt is cleared, I mean.

It’s why I’m here, even though I find the idea of the show repulsive.

The theme song, a poppy jingle, starts up. The disco lights swirl dramatically across the stage and the host, Jakob März, or Mr März, comes striding out from the wings. He’s an ex-wrestler, a WWE champ turned B-grade reality TV magnate. He is slick in a white suit, no tie, cleanly shaven head. The audience, hundreds of them, rise to their feet.

The idea of the show is that all these rich people – clapping, cheering – and millions more watching from home, get to decide what happens to us. Our lives are literally in their hands, or fingertips. They get to vote on whether we remain indentured or get another chance at life, debt-free.

Mr März waits for the applause to settle, a few seconds, probably, but it feels like a lifetime. I don’t want to be here. But I don’t want to go back to the DRC, either.

“Welcome to another edition of the show where we explore real lives, real screw-ups, real consequences! Mistakes were made. Was it bad luck or bad judgement? We’re here to find out! Stick around. I’m your host, Mr März, and this is … Blow Up Your Life!”

“Hi,” I say, feeling queasy already. Like a thousand cockroaches are crawling under my skin.

“Do you know why you’re here, Evelyn?” Mr März asks.

The question is rhetorical. He knows the answer. Everyone does.

My debt to society.

I’d never paid much attention to the news, you know. Still, it was hard not to miss all the talk about a “global economic crisis”, “financial meltdown”, “unsecured lending”. Words I’d never properly grasped. But from the panicked talking heads that filled our screens those days, I understood that people like me were the problem. We were to blame. The world and its complex financial systems floated on a bubble of cheap credit. It was good for a time until, well, like all bubbles it burst. We had amassed too much debt that we couldn’t pay back. Homes had to be foreclosed and cars repossessed. Companies shut doors. The centre could no longer hold and all that.

Jeff Green, an internet entrepreneur and the world’s first trillionaire, emerged as one of the biggest proponents of collateralised debt. He exerted considerable political influence in both hemispheres. Governments searching for a way out of the crisis were swayed by his unorthodox ideas. Green’s proposition was a simple one, you know. To allow the world’s wealthiest individuals and corporations to buy up a person’s debt at 10c on the dollar in cash. This way, the banks and other financial institutions could recoup some of the money they had lost. In turn, debtors would automatically be obliged to work for said company or individual until their debt had been cleared.

The UN General Assembly and then later, the Security Council, ratified Bill 70225 without so much as a lone dissenting voice rising to defend the indebted masses. Cowards. The Bill meant we were no longer autonomous individuals, but the property of shareholders, a corporate entity or some rich person. There were clashes with the police and army out on the streets in Tehran, Christchurch, Bamako, everywhere really. But the resistance was quashed with drones and tear gas in a matter of weeks.

But that is not the answer Mr März wants to hear. He wants me to cut myself open so people can pick through the bloody entrails of my life. Autopsy as entertainment.

The above is an extract from the short story Blow up your Life, by Bongani Kona which appears in Upshot, an anthology curated by South Africa’s well-known science fiction author Lauren Beukes and available online. Upshot is unusual in that it was commissioned by investment advisory firm RisCura to “look at the future through a financial lens”.

Beukes, who “has a knack for foreshadowing the future” in her novels, oversees this collection of seven stories which, according to RisCura take “society’s present concerns and translate them into future scenarios that require the reader to think about their life and investment choices in new and revelatory ways”.

Beukes says: “The stories range from a rollicking pension schemer wheeler dealer with space bikes to a blue-economy love story set in the kelp forests, and an AI financial advisor that wants to make life decisions for you. Readers will also encounter would-be retirees faking their own deaths, a moving debt slavery reality TV show, a nuanced take on a universal basic income experiment in Nigeria, and every parent’s nightmare in a kid-repossession story.”

To read the rest visit Upshot, where you will also find stories by other great speculative writers: Sam Beckbessinger (Undercurrency, a tale concerning climate change and sustainable investing and According to Plan, about artificial intelligence financial advice), Charlie Human, (Pre-loved, a story about children and investment in them), Angela Makholwa (Last Shot, about how the way we live now determines our future), Mohale Mashigo (Rest in Parys, a story about extended lifespans and retirement) and Tade Thompson (Elegba’s Valley, about universal basic income). Each story is accompanied with a note on financial concepts covered. 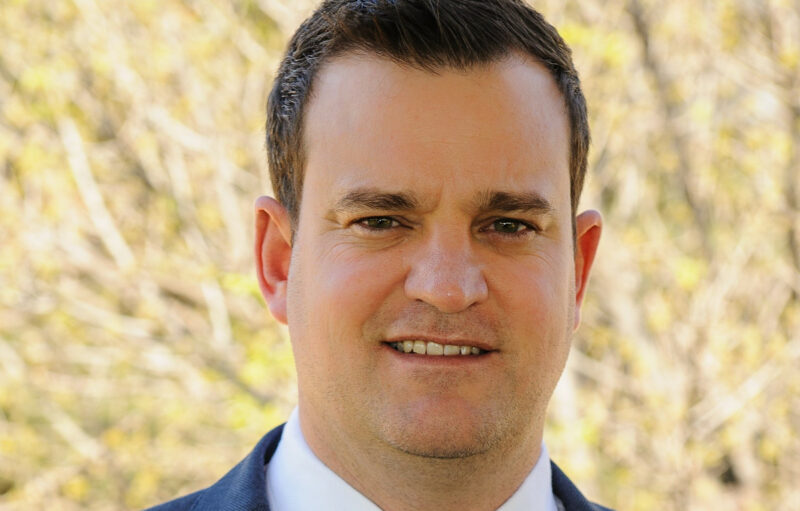 Debt – another side-effect of the coronavirus 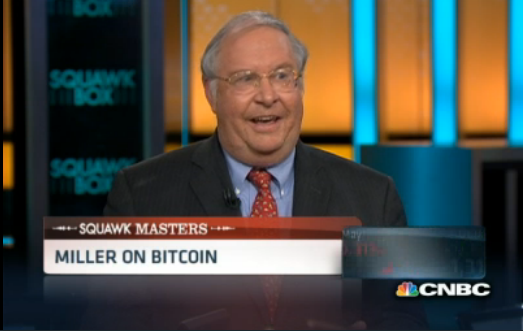 Why Did Bill Miller and His Son Buy MicroStrategy Debt? It’s the Bitcoin 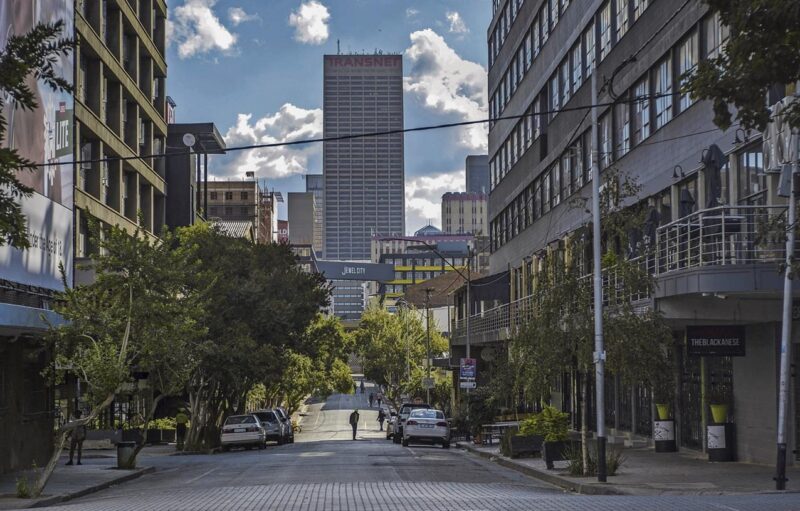 Debt forgiveness will top the African agenda in 2021