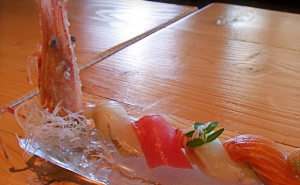 SushiSwap investors were handed a raw deal over the weekend after the pseudonymous founder of the $1.27 billion, 1.5-week-old decentralized finance (DeFi) protocol cashed out.

A fork of DeFi darling Uniswap, SushiSwap is the brainchild of a pseudonymous founder, Chef Nomi, who took the former project an extra yard by adding rewards for providing liquidity to the exchange through a liquidity provider token (LP), called sushi (SUSHI), that earns a portion of the AMM’s revenue.

In essence, AMM’s provide the infrastructure to match lightly traded tokens with liquidity. A variant of other decentralized exchange (DEX) experiments, Uniswap has grown to be the largest AMM with volumes nearing those of centralized exchanges such as Coinbase Pro.

The episode underscores the complexity, creativity and unpredictability of the white-hot DeFi space, where more than $8 billion worth of cryptocurrency is currently locked up in smart contracts, according to DefiPulse.

But, as sushi investors discovered Saturday, putting money into an unaudited contract controlled by an unknown founder was not a great idea after Chef Nomi unexpectedly sold his share of LP tokens Saturday.

As reported by The Block, Chef Nomi swapped his Sushi LP tokens for some 37,400 ether (ETH) worth about $13 million in what bears strong resemblance to an “exit scam.”

The sushi token immediately fell 73% in price, dropping from $4.44 to $1.20 over the subsequent 18 hours, according to CoinGecko. The token is now trading hands at $3.16 as of publishing time.

Long story short, adding a native token to an AMM was a good idea, or at the very least one that sparked digital bread and circuses.

Eleven days later on Sept. 6,  $1.27 billion is “locked” in Sushi contracts. That’s equivalent to 77.4% of Uniswap’s tradable assets, according to Sushiboard.

Read more: Uniswap Rises to Top of DeFi Charts Thanks to Rival Looking to Unseat It

SushiSwap’s transcendence to DeFi unicorn was made possible through an innovative leaching of its rival, Uniswap. Chef Nomi bootstrapped SushiSwap by leaning on Uniswap’s popularity within DeFi circles.

In a technique called “Zombie mining,” SushiSwap gave extra LP tokens for users providing liquidity to the ether (ETH)/sushi pool on Uniswap. LP rewards, moreover, were ten times higher than they would normally run up to a certain time. That created a mad rush to earn LP tokens through farming Sushi on Uniswap as shown by an exponential rise in Uniswap volume late last week.

Zombie mining has an end game. Chef Nomi planned on “migrating” the liquidity created on Uniswap through token dispersals to SushiSwap once enough volume was created. As CoinDesk reported Friday, that day moved to Sunday as the AMM continued to attract outsized demand.

But then everything changed when Chef Nomi attacked.

The founder, who ostensibly became a multi-millionaire by merely copying and pasting Uniswap’s code, shortly became the center of a Twitter doxxing campaign. His identity has yet to be confirmed.

Chef Nomi declared his intention to stick with the Sushi protocol and that his Sushi sale was well within his rights as a founder.

Others, such as FTX CEO and sushi investor Sam Bankman-Fried, were not enthused about that decision: “First of all, Chef Nomi sucks,” he tweeted Sept. 5.

Yet the clock kept ticking on the planned migration from Uniswap to SushiSwap. And, at this point, virtually no one trusted Chef Nomi to undertake the transfer in an honest fashion.

Through push and pull, Chef Nomi decided to give up his keys to the SushiSwap contract he and he alone held. To boot, the contract to the $1.25 billion protocol was given to none other than Bankman-Fried, who canceled the migration.

The entire exchange took place on Twitter Sunday with Chef Nomi lamenting his position. “Again I did not intend to do any harm. I’m sorry if my decision did not follow what you expected,” he tweeted.

As of now, Bankman-Fried controls the SushiSwap contract. In a Discord message, he said he plans to move the contract to a multi-signature contract until the project can be fully decentralized into the hands of SushiSwap LP token holders, similarly to other DeFi protocols.

Disclosure
The leader in blockchain news, CoinDesk is a media outlet that strives for the highest journalistic standards and abides by a strict set of editorial policies. CoinDesk is an independent operating subsidiary of Digital Currency Group, which invests in cryptocurrencies and blockchain startups.
0Shares
DeFiHappenedProjectSushiSwapWeekend