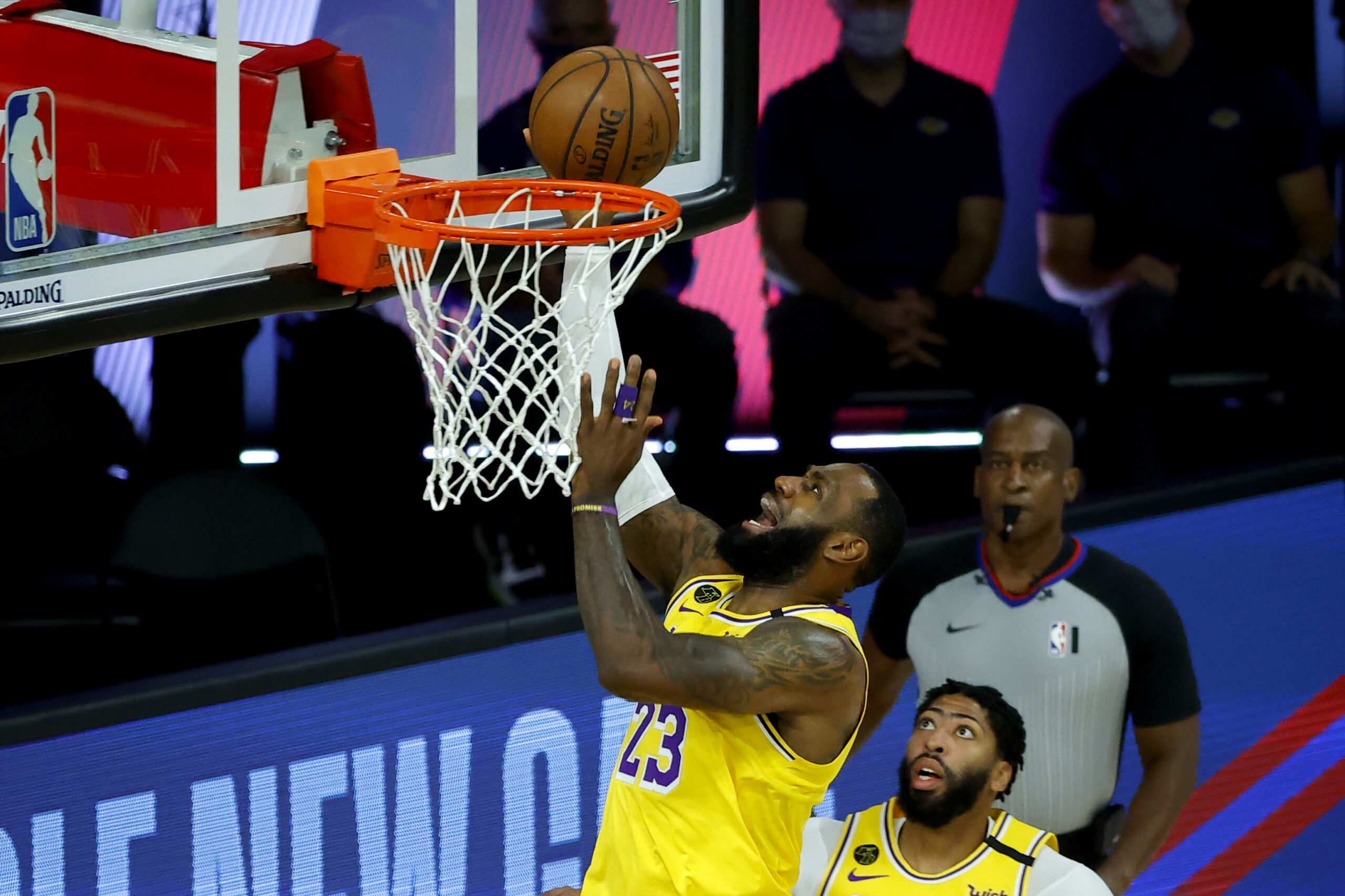 When the NBA restart was announced, many questions arose about how the association would carry out its operations during a global pandemic. But months have since passed and it seems the NBA has been able to figure out how to crown a champion before November.

With zero positive Covid-19 tests reported from the NBA “bubble” in Orlando, Florida over the past few weeks, the seeding games have officially wrapped and the playoffs tipped off on Monday night.

And now that all operational questions have been put to bed, it’s time to get into burning team and player questions. Who’s going to win it all? Who has absolutely no chance? Will there be upsets? Does LeBron James still have what it takes to get the LA Lakers over the hump?

Ask no further. Every week, some of the top basketball minds from across the continent will answer pressing questions related to the ongoing NBA restart posed by the NBA itself. We’re calling it the African Blogtable.

The Lakers have clinched the No 1 seed in the Western Conference for the first time since Kobe Bryant led them to the 2010 NBA Championship. What effect will this have on LeBron James and company as they look to bring the Larry O’Brien Trophy back to Los Angeles?

Refiloe: The only effect I think it could have is on the team’s confidence going forward. Clinching the No 1 seed really has no tangible advantage. Should the Lakers win the championship, it would be great for the team from a narrative perspective, particularly because of the heartbreaking loss of Kobe Bryant, but, beyond that, it’s just a good stat. LeBron James has expressed his appreciation for the achievement, though, and evidence suggests if LeBron feels good, the team does good.

Amine: Finishing as the top seed of the Western Conference is certainly very good news for the Los Angeles Lakers after a very disappointing run last season. LeBron and Co had to show everybody what a good team they are, even after the hiatus. Although some would not see the benefit of finishing first, with Disney World’s neutral site cancelling home-court advantage, topping the conference that gathers the LA Clippers, the Houston Rockets and so many other teams is a strong signal that the Lakers have their eyes focused on the title.

Nicasius: This is huge for the purple and gold fans, as their franchise is once again at the level they are used to. We are talking about the second most successful team in NBA history and one that has the culture of Hollywood. They surely missed being a top team and this one is a huge motivation for the Lakers fans, who can now believe once again.

Njie: There is untold pressure on the Lakers and, so far, they have seemed to handle it well. Having a strong crew, proper on-court leadership and hoping to honor Kobe Bryant’s memory have provided them with ammunition to fuel their title quest. The LA outfit has a defensive machine in Anthony Davis and his contribution on offense is amazing. LeBron James has returned to playing a high-energy game and you can tell the entire squad believes they can return to glory. If the Lakers can improve shooting beyond the arc and maintain their concentration, it will be hard not to see them party at the end of the playoffs.

Rotimi: The effect is definitely a positive one as the feat brings a fresh aura to the Frank Vogel-led squad. The big worry for me is that, despite the present quality in the roster, they look very far from being a finished product. Their defense played a huge part in helping them clinch the number one spot in the West and that did somewhat help in shielding the shortcomings noticed in the team. How do we explain that the Lakers made just five of its 37 three-point attempts against Oklahoma City Thunder?

Sharon: I honestly see it as no big deal, given the Lakers performance this far in the bubble. I don’t see it as an indicator of how they will play going forward. They need to step on the gas and write off the current contradiction between their top seed position and the leaky defense and performance.

Woury: I think the Lakers mission will be difficult, but by no means impossible. The passing of Kobe Bryant remains a source of motivation for LeBron James and his teammates. It’s a challenge for an entire city.

With the Toronto Raptors defeating the Lakers, Miami Heat and Orlando Magic in their first three games in the bubble, which extended their overall winning streak to seven games, do they have what it takes to repeat in 2020?

Refiloe: The Raptors have had what it takes to repeat since well before they beat the Lakers and the Heat. As a general rule, I don’t believe in going against the defending champions, especially if they have not given a reason to do so. The Raptors have given me absolutely no reason to believe they can’t repeat. They have a better winning percentage this season than they did last season; their players are playing really well individually, as well as collectively; and they’ve done all this while having some of the most injuries in the league. If you ask me, the championship is theirs to lose.

Amine: Many would mistakenly think that the Raptors’ title last year was only due to the tremendous job by Kawhi Leonard or the luck of playing the Golden State Warriors without their fantastic trio. But the Raptors have been coming a long way and reaching the NBA Finals was anything but the fruit of hazard. With players like Kyle Lowry, Marc Gasol and African pride Pascal Siakam and Serge Ibaka, the Raptors could again be the team that nobody expects, but everybody will applaud.

Nicassius: I think the Raptors were underrated last season and other talents were overshadowed with the arrival of Kawhi Leonard. They are very complete as a team and the fact that there is no ego on this team makes them even more so. We should congratulate Masai Ujiri in a very special way for how he has assembled this team. Very few general managers could’ve achieved what he has done so far. And to the man himself, Nick Nurse: he’s done a tremendous job and I roll with him when he said they are coming for the Larry O’Brien Trophy. His coaching has been top class, they defend differently and their offence is just up there with the rest. My coach of the year so far.

Njie: The Raptors are a supremely talented squad and the emergence of Pascal Siakam, who averages 23.3 points and 7.5 rebounds, and the resurgence of Serge Ibaka, who’s contributing 15.7 points and 8.2 boards, means they are solid. They have had some convincing victories against the Lakers and the Heat, but a true test of their resolve will be known if they can edge a defensively rigorous and more athletic Milwaukee Bucks squad or the Philadelphia Sixers next week.

There is a reason why the Raptors scooped the Larry O’Brien Trophy with an elite defender and scorer in Kawhi Leonard. He brought a certain defensive harmony and leadership that proved to be the key for the Raptors in last year’s journey to glory. The Raptors will need a scintillating run and proper execution to retain the NBA championship, but when the favorites are mentioned, it’s usually the Lakers, Clippers and Bucks, not the Raptors.

Rotimi: The belief within the team and among the fans is good and not out of place. Players like Pascal Siakam, Fred VanVleet and Kyle Lowry, plus a defensive culture within its system, have ensured that they are firmly entrenched as the second seed in the Eastern Conference and still have what it takes to do a repeat this year.

Sharon: I like everything I see with this Raptors team. The Bucks are a force to reckon with and bring some extremely entertaining competition, but having said that, the Raptors’ teamwork is outstanding. They have a formidable defence and I am really excited to see OG Anunoby back and playing so well. The team is solid, confident and tough. They definitely have what it takes to fight for a second title.

Woury: The most recent outings of the Raptors led me to believe that we can count on the defending champions for the rest of the season. I had some concerns after Kawhi Leonard left for the LA Clippers, and he was a big part of the Raptors coronation last June, but one can tell that the team made a good use of the break to deal with the gruelling last season. We may count on them to deliver once again.

African Blogtable articles will be published once a week. Follow @GoldenHoops_SA  for more information and updates.