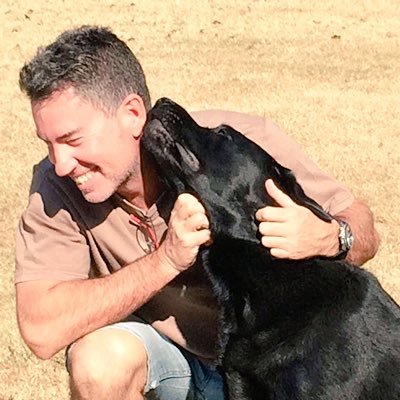 On the morning of August 11, Julian Schlemmer, the founder of Schlemmer & Associates, a Durban-based recruitment agency, sent out an email to his three consultants.

He then went on to describe in detail the requirements for the R25 000-a-month position at Sean McCarthy Group (SMG), one of the largest chains of luxury cars dealerships in the country, with 15 branches and four service centres in KwaZulu-Natal and the Western Cape.

An advert was also placed by Schlemmer’s recruitment agency on the Pnet.co.za jobs website, stating that “our client, a reputable automotive industry dealership, is looking for an experienced Marketing Manager to join their team”, and again listed the various responsibilities, qualifications and duties for the position.

On August 26, the Mail & Guardian visited the Pnet website and confirmed that of the 11 jobs Schlemmer’s recruitment agency had advertised, nine of them were advertised as “Non-EE/AA”.

On August 19, eight days after Schlemmer’s email directing his staff to look for white men had been sent out, the M&G contacted him for comment on what seems to be racial profiling of candidates and job reservation for pale males.

The white race group is a category of employees — together with the “Indian” race group — that, according to the Commission for Employment Equity’s (CEE’s) 2019-2020 annual report released in mid August, remains generally “over-represented against their national economically active population (EAP)”. The EAP is considered that section of the population, between the ages 15 to 64 years, who are either employed or unemployed, but seeking employment.

The report also confirmed “an apparent pervasive and persistent preference in the appointment, promotion and development of the white and Indian population groups, particularly at the top two occupational levels”.

Caelin Roodt, a prospective applicant for the marketing manager position, said that on August 11, she had been approached by one of Schlemmer’s employees, Jessie Buxton, to apply for the position and that the specs had been emailed to her.

Roodt said that in a telephonic conversation with Buxton the “recruitment specialist” had “mentioned that they were specifically looking for a white male, but that the employer would be open to a white female”.

Roodt added: “When I challenged her about the racial requirements for the job, she stumbled a bit and said it was probably due to the corporate culture [at SMG] and more than likely because I would be reporting to white male, at which point I was left dumbstruck.”

When first confronted by the M&G on August 20, Schlemmer initially dismissed the newspaper’s questions about racial profiling saying it wasn’t an issue because “that specific role has been withdrawn, so we are no longer searching”.

When pressed on the contents of his email to staff and why he had directed them to search for white male candidates to fill the position, Schlemmer refused to answer specific: “What I will say is that we have no racial bias whatsoever, we try to find the best candidate for our client,” he said. “I certainly have no racial bias. I come from a very liberal background.”

Did Schlemmer not push back when his “client” indicated a preference for a white male?

“No, we never got a spec from a client,” Schlemmer responded. Where did Schlemmer then get the detail regarding the position, its requirements, the remuneration package and so on?

“That’s my business, but what I can tell you is that there was no formal spec from SMG,” he said.

So was there an informal briefing by SMG? Or was the advert a complete, but extremely detailed, thumb-suck by Julian Schlemmer? How did Buxton know about the “corporate culture” at SMG?

Last week, the M&G sought to clarify the matter and approached members of SMG’s management structure at its Umhlanga and Durban Central branches. According to internal correspondence at Schlemmer & Associates the marketing manager would be based at either one of these two branches.

Trevor Meyer, an SMG director, 10% shareholder in the company and dealer principal at the Durban branch, said he was not aware of any vacancy and that “we’re not hiring anybody at the moment”.

Travis Harvey, the financial manager at the SMG Umhlanga branch, also confirmed that “we are not actively hiring at the moment”.

According to Eugene Roden in SMG’s corporate finance division, whom the company’s founder, Sean McCarthy, had tasked with dealing with the M&G’s queries on Wednesday last week, the newspaper’s inquiries had caused Meyer to contact Schlemmer last Tuesday to “investigate the matter”.

In an email Schlemmer sent to Meyer on Tuesday afternoon, “apologising for any inconvenience caused”, he claims to have heard “through the Durban market, of a potential vacancy at SMG as a result of a Manager leaving”.

Schlemmer goes on to state that he had “decided to be proactive and start searching for potential candidates” and that he “was never given a job specification or brief from SMG in order to advertise for these candidates”.

Schlemmer’s reasoning behind directing his all-white staff to look for white candidates for SMG was that he had enough employment equity candidates “on file” and he wanted to include “possible white candidates as well in order to offer a complete representation of candidates” to SMG.

Similar responses were sent to the M&G last Wednesday afternoon by Schlemmer.

SMG did not respond as to whether they had provided the recruitment agency with its employment equity plan.

Schlemmer said he did not have sight of the plan which would have informed any reasoning on his part as to whether SMG had enough black employees in management positions to allow it to hire another white male.

According to Komnas Poriazis, of the the Casual Workers Advice Office, “Schlemmer’s ‘explanation’” for the “initial focus” on ‘white candidates’ would probably not be sufficient to “rebut the presumption that the privileging of white candidates amounts to unfair discrimination or to justify this discriminatory practice on the part of the recruitment firm”.

“Offering a ‘complete representation of candidates’ is simply not required by the Employment Equity Act (EEA) or any other law. There are no policy or legal reasons why the candidate pool for any position should include white people,” he added.

“The [email] specification of the ‘ideal candidate’ for the marketing manager by Schlemmer & Associates prioritises white candidates for this position over all others on the basis of their race.”

Poriazis said that “at the very least, Schlemmer & Associates are therefore probably guilty of engaging in discriminatory practices in relation to recruitment”.

“Even if the EEA does not apply in these circumstances, say, because the candidates for the position are not yet job applicants on Schlemmer’s version, the practice engaged in by Schlemmer & Associates would probably amount to unfair discrimination for the purposes of section 9(4) of the Constitution, which prohibits discrimination on the basis of race between private persons,” said Poriazis.

Tabea Kabinde, the chairperson of the Commission for Employment Equity, said in a press release when its report was released that the insignificant change in transformation numbers “does worry me, because it suggests that the pace of transformation and representation is very slow … The bottom line is that there is no will to effect transformation.”

‘We do not tolerate racism’

On Wednesday morning last week, SMG’s founder, Sean MCarthy, said his company is “an equal-opportunity employer” that does not “tolerate racism or discrimination of any kind” and that this behaviour was “foreign to the SMG culture”.

McCarthy and Schlemmer didn’t answer questions as to whether the car dealership had previously enlisted the recruitment agency to find employees or whether Schlemmer had, on its own accord, previously sourced employees for SMG — specifically black Africans and, if so, how many?

The M&G has independently confirmed that Schlemmer has previously recruited staff for SMG.

McCarthy also ignored questions about when the marketing manager’s position was made available and what the previous occupant’s gender and race was. He did not respond to questions about the demographic composition of SMG’s management structure and how many positions were filled by women and black Africans.

Nor did McCarthy answer as to how Schlemmer would have got such granular detail about the vacancy. Schlemmer noted that the R25 000-a-month position would relate to both digital and classical marketing, the former being “important” because, according to the email, SMG “want to be at the forefront on google searches. They also do email marketing campaigns etc. This role will also work with the advertising agency for Design of adverts etc. Some copywriting experience is also good to have.”

When asked whether SMG and Schlemmer & Associates could be investigated by the department of labour for discriminatory labour practises, Virgil Seafield, deputy director-general of labour policy and industrial relations in the department of labour, said that if they did not address the requirements of the Employment Equity Act then such behaviour should “be investigated and the proper sanction in terms of our law are applied”.

He added that to make such a decision the department would have to “look at the workforce profile of the company [and] whether it reflects an over representation of designated groups and whether the intention is to only employ non designated groups. This can only be done when a proper inspection is conducted.”

Amendments to the Act will soon be tabled before Parliament. These include giving the minister of labour power to set transformation targets for specific sectors.

Asked whether the minister had considered setting targets for the vehicle sales and human resources and recruitment sectors, Seafield said the rate of transformation at senior management level had been “extremely slow” and that as soon as the amendments had become law, the minister would consult the Commission for Employment Equity to consider setting various sectoral targets.

Previous PostWhy Do the Winklevoss Brothers Believe Bitcoin Will Reach $500,000?Next PostWhat Changes at the Fed and the SEC Mean for Crypto