bit2Big > Africa News > Uganda: ‘I have never seen this much tear-gas in an election’ 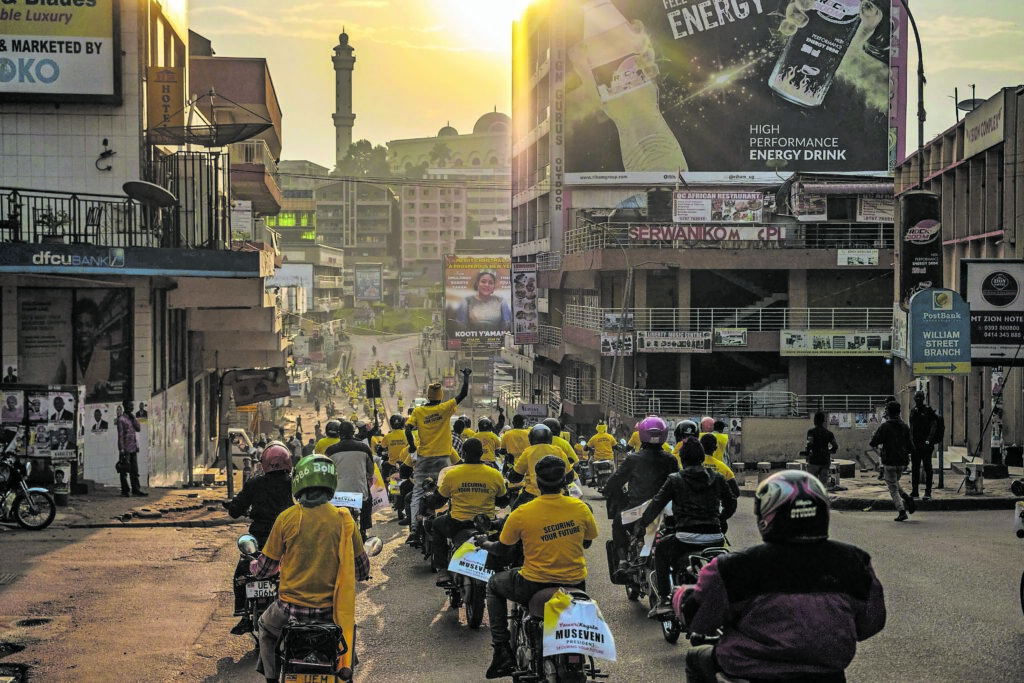 Last Thursday, as Ugandans voted in the much-anticipated presidential election, this message was displayed at ATMs all over Uganda. The government shut down the internet on the morning of the vote, and it did not return for most citizens until the following Monday. This meant that social media — where the government has been subjected to fierce criticism — was inaccessible, as were news websites and mobile money services.

The election pitted incumbent Yoweri Museveni, who has been in office since 1986, against Robert Kyagulanyi Ssentamu, aka Bobi Wine, the pop star-turned-politician, who at 38 is roughly half the president’s age.

The build-up to the vote was characterised by violence and intimidation, with the ruling National Resistance Movement repeatedly accused of abusing its power to suppress opposition. In the most serious incident, at least 54 people were killed in mid-November as security forces broke up gatherings in support of Bobi Wine.

The candidate himself was arrested several times during the campaigning period. On voting day, there was a strong military presence in Kampala and surrounds. A Russian-made Mil Mi-24 helicopter gunship circled above the capital city, while armoured personnel carriers known as Nyokas patrolled the streets. One soldier, who asked not to be named, told the Mail & Guardian that Museveni was securing his future; and that “helicopters are more effective and efficient” at doing so.

“Ebintu sibyangu (Things are not easy),” said Kagimu Mukasa Ishaak, a voter in his 80s. Ishaak has been voting since independence in 1962, and knows Museveni personally from his days working at Entebbe International Airport. He woke up early to avoid queues at the Kabowa Church polling station.

“In all my years of voting since 1962, I have never seen this much teargas in an election process,” he said.

Later on, when counting began, crowds surrounded Kabowa Church to watch out for any irregularities, with most displaying their allegiance to Bobi Wine. Counting was slow across the country as a result of the internet shutdown, which affected some of the biometric machines used to validate voter registrations.

But as early results trickled in, loud cheers greeted every update that showed the opposition National Unity Platform doing well. These cheers turned to booes, however, when plainclothes security agents turned up at the polling station in a silver Lexus. One woman, who was recording their actions, had her phone temporarily confiscated.

Medard Lubega Ssegona, a lawyer who represents Bobi Wine, was among the civilian observers. He told the M&G that he would have preferred to return home after casting his vote, but that “you cannot trust anyone”. Ssegona grew visibly upset as he tried to contact Bobi Wine but could not reach him. “The presidential opponent is in a black-out, his home is cordoned off, his phone is switched off, his television is also off,” he said. “We are in disarray, we cannot trace our own secretary-general.”

Bobi Wine’s home had indeed been cordoned off, surrounded by hundreds of soldiers and policemen, with the opposition leader and his wife trapped inside. As of the time of publication, he remains in what he describes as “house arrest”. The government says it is for his own protection. Using a clandestine phone line, Bobi Wine told the news agency AFP: “We are here, we have run out of food, and nobody is allowed to come in or go out,” he said. “We have not been charged of any crime.”

Museveni, meanwhile, has hailed the “cheating-free” election as being the cleanest in Ugandan history. The final tally gave him 5 851 037 votes (58.64%), with Bobi Wine receiving 3 475 298 votes (34.83%). In Parliament, Museveni’s NRM has 316 seats, while the NUP won 61, including some of the ruling party’s former strongholds in Kampala, Luweero, Masaka, Kalungu, Wakiso and Mpigi.

But the opposition has rejected the results, and said that it has documented instances of ballot stuffing. It will be challenging the result in the Supreme Court — and hoping that this transaction will be cancelled too.

Previous PostMarket Wrap: Bitcoin Back Above $33K While Ether Up 65% in 2021Next PostBitcoin Core Lead Maintainer Steps Back, Encourages Decentralization 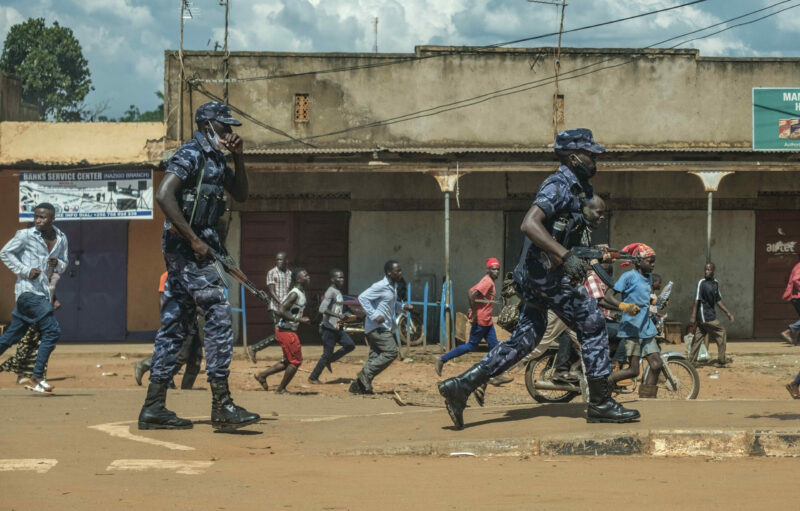