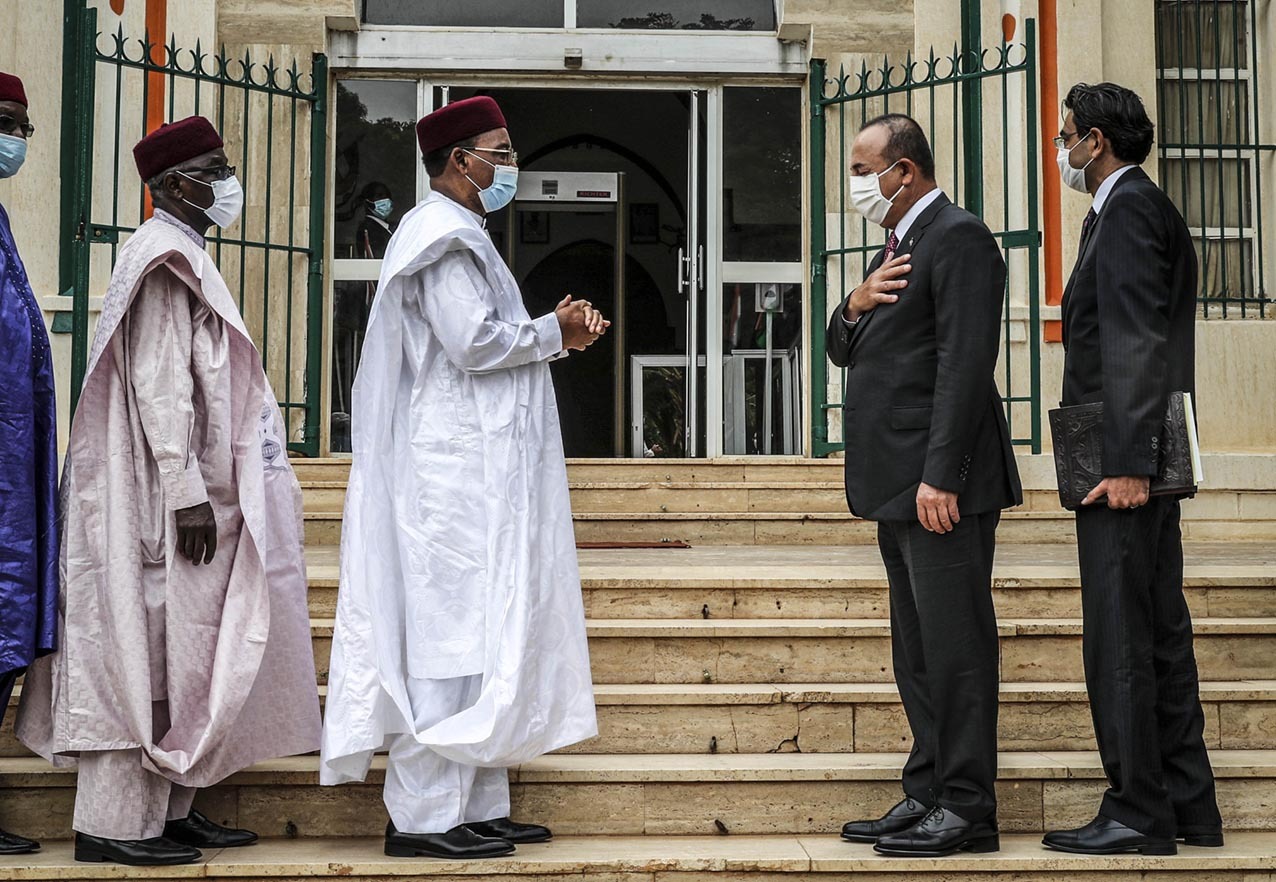 Whether Africans need a third party to remind them about what they survived under French colonial rule is the subject for another article.

But what Macron’s comments do make clear is that Turkey is rattling France’s ruling elite.

This is not the first time Macron has openly criticised Turkey. Last September, he accused Turkey of having imperial fantasies, and urged Europe to take a collective stance against Ankara.

Ömer Çelik, Turkey’s ruling party spokesperson, drew an analogy that reflects how Ankara asserts itself in the global arena. He said Macron “continues colonialism”, while Turkey “continues to defend interests of the oppressed people and frustrate the colonialists’ games”.

This ideological clash is nowhere more apparent than in francophone Africa, where Turkey is making an audacious bid to challenge France’s influence — and is using France’s colonial past against it, by constantly emphasising atrocities in which France has been involved, from the Rwandan genocide to Algeria’s bloody war of independence.

The importance of this region to Ankara is highlighted by the fact that Çavusoglu has made six visits to African countries in the last five months alone.

In September, he visited Mali shortly after the military coup that ousted Ibrahim Boubacar Keïta. The former president’s close links to France were among the drivers of the mass protests against his rule, which preceded the coup.

France’s role in Mali is controversial, to say the least; the extended French military presence in the country has been widely criticised, including recently by world-famous musician Salif Keita, who said that France is responsible for acts of ­terrorism in the Sahel.

Against this backdrop, Çavusoglu met with the transitional government — before his French counterpart did — and urged a democratic transition.

He then travelled to another former French colony, Senegal, with which Ankara increased its trade volume sixteen-fold in the last decade. Over the past few years, leading Turkish firms have undertaken significant infrastructure projects including an international airport and a 50 000‑seat stadium. As of 2020, 29 projects worth $775-million have been contracted to Turkish firms in the country — although France remains the largest foreign investor.

Çavusoglu’s visit to Niger in July was especially concerning for Paris. A deal signed between the two countries allows Turkey to conduct exploration and mining operations in Niger, a significant move given France’s historic domination of the country’s mining sector.

More reliant on nuclear energy than any country on earth for its electricity, France imports one-third of the uranium used for this from Niger.

According to Oxfam, one out of every three light bulbs lit in France is thanks to uranium from Niger.

Perhaps more significant still is the military cooperation agreement signed during that same visit, which will soon allow for a Turkish military presence in Niger.

France maintains a strong military presence in the region. Crucially, however, Turkey and France find themselves on opposite sides of the conflict in neighbouring Libya, raising fears of increased tensions in other countries as Turkey expands its military presence on the continent.

Given France’s historic ties in West Africa, there is still a long way to go before newcomer Turkey can hope to compete with its sphere of influence in the region.

But there is no doubt that Turkey is trying — and, as a developed Muslim country, without any colonial baggage, its message is likely to resonate with both dissatisfied youth and political leaders looking for new geopolitical options.