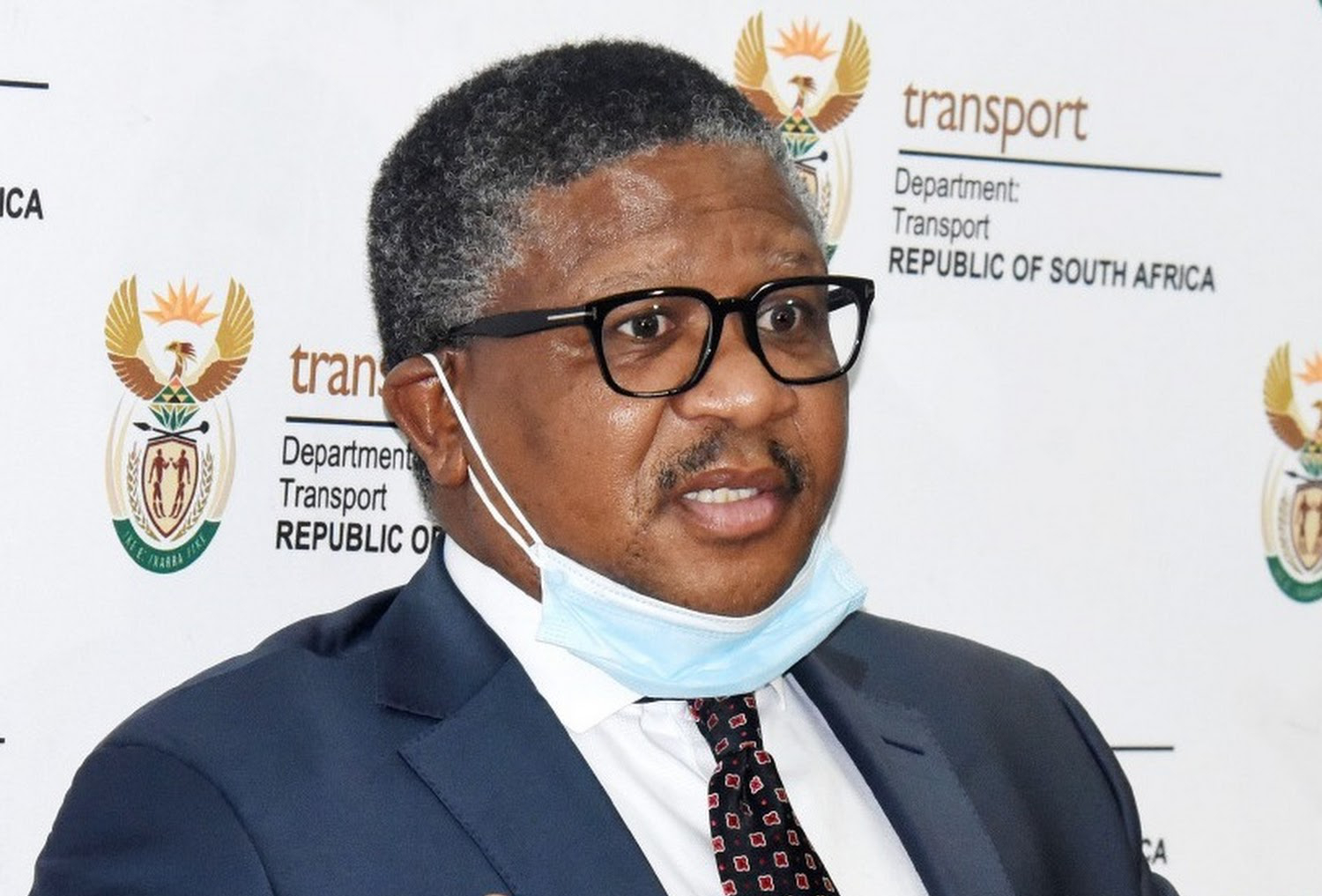 October is marked as Transport Month in South Africa. It is hosted by government to remind us just how vital an intermodal transport network via sea ports, roads, railways and airports is to our economy. While there are certainly challenges that need to be addressed, there is a great deal to be proud of as we move towards integrating transport systems to provide mobility and accessibility to all South Africans.

Transport Month comes at a critical juncture, as Covid-19 has ravaged public transport across South Africa and the world, causing an unprecedented fall in passenger numbers of between 60% and 90% globally. This is because public transport is rightly seen as a high-risk contagion activity. There needs to be a swift economic recovery or the year-end holiday season may also be doomed.

The pandemic has severely damaged our economy, and will continue to have an effect on public transport. As huge numbers of jobs have been lost, fewer people are commuting as they are unable to afford fares.

Current crisis aside, today we have a public transport system that caters for millions of commuters, including a world-class, high-speed Gautrain rapid rail system, properly maintained urban roads, international airports to be proud of — and we also have vehicle manufacturing plants that have grown significantly over the years.

Globally, infrastructure investment is often a catalyst to reinvigorate depressed economies. After 2008, the US government used infrastructure spend to kickstart its economy, successfully stimulating demand and creating jobs. In South Africa we had a taste of the potential for construction-fuelled growth in 2009/10, during the build-up to the Fifa Soccer World Cup, where an infrastructure-led boom helped South Africa to dodge the worst of the 2008 global downturn.

As a means of unlocking economic development, transport infrastructure features strongly in the National Development Plan (NDP). An infrastructure-led recovery is not rocket science. It helps create demand in the economy, something many economists advocate as opposed to solving supply-side constraints. The government must just ensure that it spends its budget effectively.

Each transportation sector has its own challenges. There are several positive signs, though a jaded population remains sceptical until it sees tangible signs of the benefits of infrastructure spending:

Road: in the road transport space, South African National Roads Agency (Sanral) recently announced it would be spending in excess of R25-billion on road infrastructure. A National Taxi Lekgotla will be hosted by the Department of Transport this month.

Airports: while Airports Company South Africa (Acsa) has announced significant airport upgrades in the planning stages, these have recently had to be curtailed.

Ports: In the Budget Review for 2020, Treasury recognised that commercial ports’ efficiency had declined sharply over the past year, and that urgent regulatory reforms were first needed to reduce the cost of trading before investment could be accelerated.

“We made an undertaking that through this October Transport Month, we will travel through the length and breadth of this country to monitor service delivery of road infrastructure, showcasing our achievements and intervening where challenges persist. Central to its vision, the NDP emphasises the critical importance of investing in infrastructure for the creation of jobs,” said Mbalula.

“This could not be more urgent as we respond by to the economic downturn presented to us by the Covid-19 global pandemic. In our plans, we are investing billions through Sanral, commissioning new projects, upgrades and maintenance of our roads network.”
– Eamonn Ryan

Speaking at the Southern African Transport Conference’s third webinar for 2020 on October 7, William Dachs, CEO of Gautrain Management Authority, cautioned that if South Africa is to properly prepare for a growing population and changing climate, it needs economic growth and the development of “a seamlessly integrated public transport system”. With the country’s projected population growth, cities’ road networks will become increasingly congested with personal vehicles and greenhouse gas emissions will worsen.

The country’s population of 58.8 million (Stats SA) is projected by the Copenhagen Consensus Center think tank to be 63 million by 2050.

Susanna Zammataro, director-general of the International Road Federation, said that all transport modes are part of a sector that only works effectively if the margins between them are seamless.

Dachs said the next 18 to 36 months are uncertain, while Paratransit sector specialist Nico McLachlan reported four of Cape Town’s taxi associations that were polled do not foresee a return to pre-Covid passenger numbers for a year or two.

In addition to a loss of passengers, the post-Covid world is predicted to be one of increased operating costs, the three panellists concurred. This is due to new service protocols, including the regular sanitising of vehicles and reductions in permitted carrying capacity, thereby putting pressure on a sector dominated by small businesses that can ill afford such financial shocks.

South Africa’s public transport sector has always been poorly subsidised, with parts of it not subsidised at all, said panellist Bazil Govender, executive manager of Southern African Bus Operators Association. The time has arrived for a thorough review of the sector, he said, along with acknowledgement of its centrality to South Africa’s economy, which was performing poorly even before the pandemic hit.

It wasn’t that long ago that South Africa’s airports boasted packed check-in desks, well-stocked retail concessions and queues at the departure gates — and Airports Company South Africa (Acsa) felt confident that it could continue its aggressive airport expansion programme. Since then, the pandemic has devastated global travel and trade. South Africa — and particularly Cape Town — was not spared.

When the world was hit by Covid-19, airline travel fell to a trickle almost overnight, with international routes not expected to fully reopen for at least another 12 months. Now Acsa has joined the queue for financial assistance. The state-owned company has signed a new R3-billion loan with Standard Bank, Rand Merchant Bank and Nedbank, and shelved major projects in a bid to shore up its finances in the coronavirus crisis, its Chief Financial Officer Siphamandla Mthethwa told Reuters in August.

Acsa told lawmakers in May it needed National Treasury support to finance up to R11-billion worth of new debt by 2025. Mthethwa said this sum was a “worst case” projection over a six-year period, and the more relevant number was R3.5-billion that Acsa needed by 2023.

Acsa was downgraded by ratings agency Moody’s in June for the second time this year, and has cut its three-year capital expenditure bill to R2.8-billion from a previously projected R17.6-billion, Mthethwa said, after shelving a new runway and terminal planned at Cape Town International Airport and similar large upgrades at OR Tambo Airport.

Expansion of Gautrain to connect more people and places

The case study of the Gautrain rapid rail link best illustrates how rail can be the backbone of public transport in South Africa, and through its operations, it has demonstrated that the face of public transport can be radically transformed. The Gautrain Management Agency is currently proceeding with a feasibility study on its expansion.

This study has been submitted to Provincial and National Treasuries and to major stakeholders that were consulted during the feasibility process of the proposed Gauteng Rapid Rail Integrated Network (GRINN) implementation scenarios. It identifies various links and stations, the timelines of which are dependent on factors such as economic growth, population growth and transport demand. The proposed GRINN extensions will be developed in multi phases over an extended period.

The GRRIN extensions feasibility study identified a total of 149km of rail and 19 stations for the final route, with the following proposed links and stations:

A link between Marlboro and Soweto with an additional station at Sandton, as well as new stations at Randburg, Cosmo City, Little Falls, Roodepoort and Jabulani;

A link between Jabulani and Mamelodi through Cosmo City, with new stations at Fourways, Sunninghill, Olievenhoutsbosch, Irene, Tshwane East, Hazeldean, and Mamelodi;

A link between Rhodesfield and Boksburg, with new stations at East Rand Mall and Boksburg; and

A link between Cosmo City and Lanseria Airport, with new stations at Cradle and Lanseria.

The feasibility study highlights significant economic benefits through job creation and investment. It is estimated that Phase 1 (Marlboro to Little Falls through Sandton, Randburg, Cosmo City) of the GRINN extension will create close to 29 000 jobs during construction and an additional 7 729 long-term jobs during the start of its operations. Economic benefits arising from the construction and operation of GRRIN are estimated at total present value of R33-billion.

Phase 1 has been submitted to National Treasury for Treasury Approval 1 that will enable the commencement of procurement. This phase was also submitted to the Presidency’s Investment and Infrastructure Office for consideration.

It will provide for an upgraded and integrated transport network resulting from the linking of the existing road-based public transport and rail systems, and provision of access and connection to opportunities for people, by connecting several townships to the centre of Gauteng and wider regions. – Eamonn Ryan