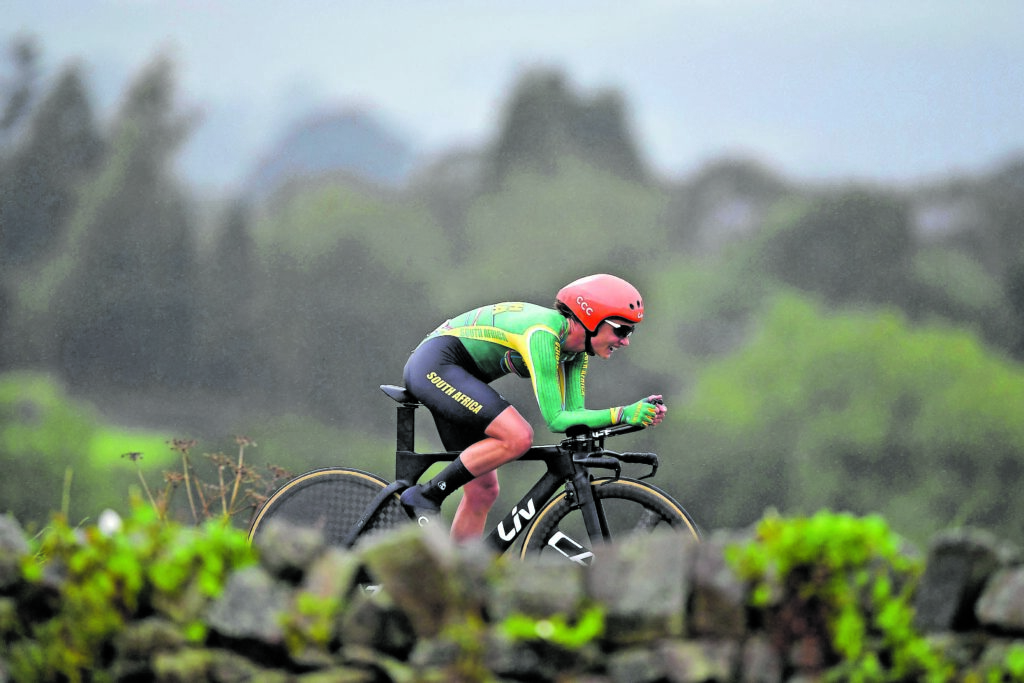 Virtual racing has breathed new life into the cycling career of South Africa’s top woman professional road-racing cyclist, Ashleigh Moolman-Pasio, who became the first-ever UCI Cycling eSports world champion when she raced to victory in her workout space in December.

The Spain-based cycling champion, who was forced to train indoors because of the Covid-19 lockdown, now finds herself at the forefront of the virtual cycling revolution.

Speaking after her historic achievement, Moolman-Pasio said: “I’m fully aware that not everyone has learnt to embrace and accept virtual cycling. However, I believe eSports has the potential to grow into an important cycling discipline.”

Moolman-Pasio, a road specialist with a starred Giro d’Italia Femminile reputation, believes virtual cycling will boost talent identification and development, as well as bridging the gap between men’s and women’s cycling, and growing cycling participation in general.

“The world is constantly changing. It’s our choice to embrace the change and grow with it … or to resist it and get left behind. I choose to adapt, thrive and grow. And, therefore, I’m proud to be the first-ever UCI eSports World Champion, and an early adopter of virtual cycling,” she said.

At 35, Moolman-Pasio had considered calling it a day after an illustrious elite road-cycling career, which has seen her compete at major events around the globe, including the 2014 Commonwealth Games. Then, like athletes all over the world, Moolman-Pasio was affected by lockdown restrictions, which meant no training outdoors, and zero prospect of opportunities to compete.

For a pro cyclist who is accustomed to traversing the globe, from the Tour of California to the Belgium Tour, real-world racing opportunities ground down to a single finish in 2020, with Moolman-Pasio earning a hard-fought sixth-place finish at the Giro Rosa, won by Anna van der Breggen at Motta Montecorvino on 19 September.

By contrast, virtual cycling gained significant momentum in the otherwise stalled season, providing equal opportunities for women and men cyclists, and has found itself rapidly evolving towards general acceptance as a professional sport.

In an interview with eurosport.com, Moolman-Pasio admitted she had to find a way to keep herself off the couch, and in tip-top shape. “I was never really an indoor cycling fan, because I’ve always found indoor cycling that much harder,” she said.

“I’m a numbers-orientated person: I’m a perfectionist when it comes to that, so I found it really hard to maintain the same numbers in indoor training as I could on the road.

“My coach … said to me that it is reality that indoor training is that much harder, especially initially, before you’ve adjusted your threshold power; let’s be smart about how we do your training — instead of doing it all in one go, let’s do double sessions.”

With her mind set on getting back on the bike, the six-time national champion began virtual training and has not looked back since.

And, despite Moolman-Pasio’s earlier challenges transitioning into the sport, her performance tests eventually yielded incredible results. “It was super-intimidating at the beginning,” she said.

“There was an established league, and I was invited to guest-ride on another team, and they had to really persuade me. The watts-per-kilograms that they were averaging were something that seemed impossible to me.”

With her determination to succeed, Moolman-Pasio has secured a two-year deal with professional Dutch cycling team, SD Worx, and is eager to defend her virtual title this year, alongside her ultimate goal to compete on the road at the Tokyo Olympics.

As a multiple African road-race champ who wears her national champion colours on the European tours, Moolman-Pasio has steadily compiled a pedigree of note since her second-place finish at the South African National Road Championships in 2009, and this new dimension after decade in professional cycling will only serve to cement the already glittering career of one of the country’s most accomplished international athletes.

No one could have foreseen the rise of virtual cycling, with indoor equipment selling out, and platforms such as Zwift, Peleton, BKool and Rouvy gaining major interest. Should global lockdown restrictions continue, virtual cycling could still dominate the first part of 2021.

This article is part of a collaboration between the M&G and gsport, a platform dedicated to journalism about women in sport