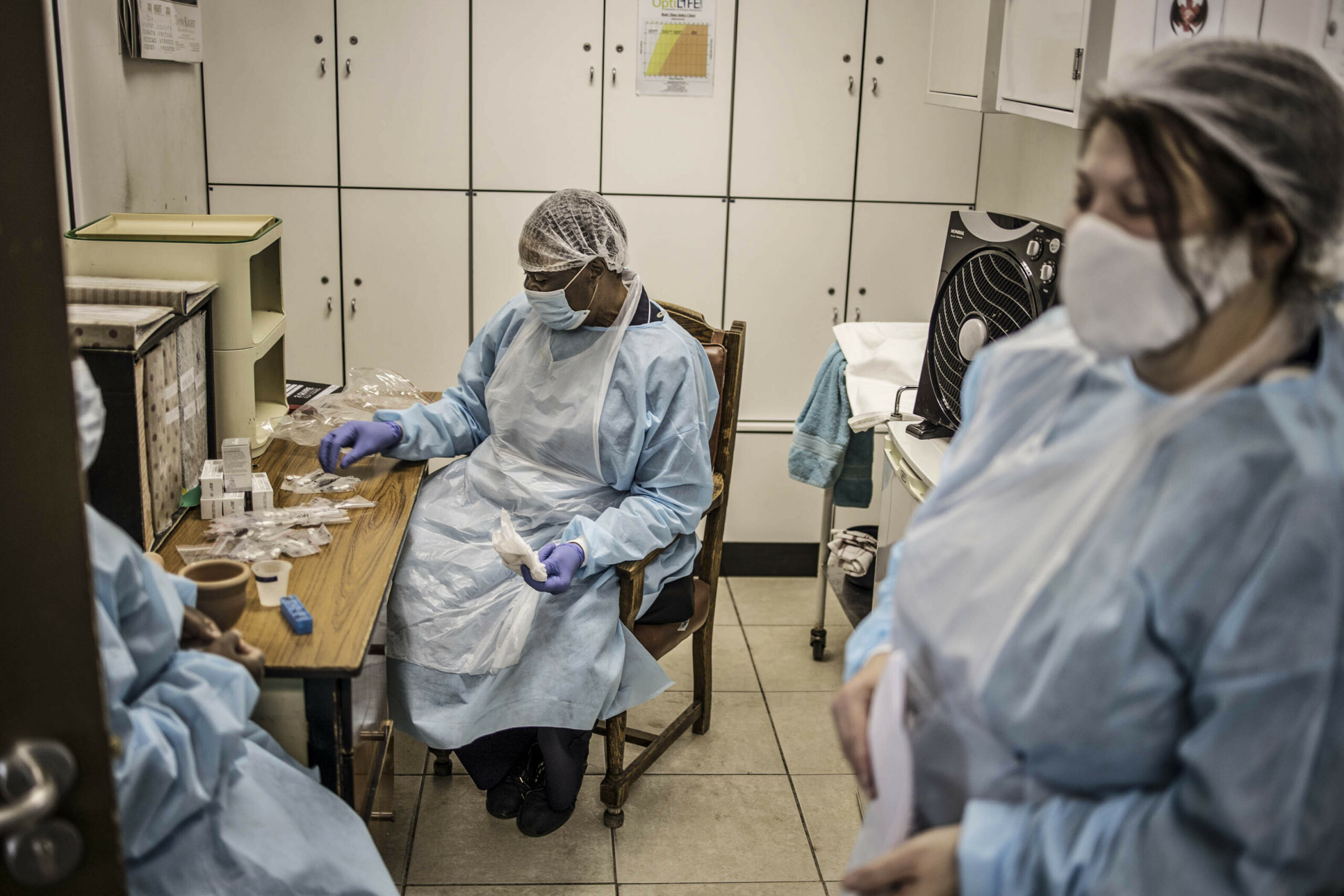 During a Thursday night announcement, President Cyril Ramaphosa said two other hotspots ― Sarah Baartman municipality, also in the Eastern Cape, and the Garden Route in the Western Cape ― may also experience tighter restrictions after assessments by the national coronavirus command council.

There is now a clear resurgence of infections in parts of the country, Ramaphosa said. More than 21 800 people have died of the virus. In the first week of November, the country was recording an average of 1 500 cases a day. This figure had almost doubled by the end of the month.

The province has about 30% of the country’s new Covid infections, which this week surpassed 4 000 in one day.

The Eastern Cape numbers are increasing at such a rate that the province is now 4 000 cases behind the Western Cape. On Tuesday when more than 4 100 cases were reported, 1 501 cases emanated from the Eastern Cape.

Nelson Mandela Bay will have its curfew extended to between 10pm and 4am and the sale of alcohol from retail outlets will be permitted only between 10am and 6pm. There will also be stricter limitations on the number of people attending religious gatherings and other events.

On Thursday night Ramaphosa said the government needs to do all it can to keep the economy open and to push ahead with the country’s recovery effort.

Health economist Alex van den Heever said the country could not afford a lockdown. And so restrictions will be a kinder intervention for the economy. “If you focus on those, you will likely target most of the superspreader events that are causing increases … Essentially, the issue is to contain those superspreader events in those areas by regulating the crowd. This will mitigate risk elsewhere.”

There also needs to be enforcement of existing regulations, Van den Heever said. “And basically the government has to have the guts to do it. Because they are just not doing it. They had the guts to shut down the entire tobacco industry and the entire alcohol industry, but they haven’t addressed these genuinely high-risk settings.”

The Western Cape government is against any further lockdowns and will instead opt to strengthen enforcement and focus on behavioural change, Western Cape premier Alan Winde said in a virtual briefing on Thursday.

On Friday, Winde and Health Minister Zweli Mkhize will visit the Garden Route, which has been at the centre of the resurgence of Covid-19 cases in the Western Cape. Public events have been halted and sports venues closed in the district in an effort to contain the rapid spread of infection.

Referencing the wildfires that spread across the Garden Route in 2018, Winde said on Thursday: “We are moving into the Garden Route, making sure that we are flattening this curve, putting out this big bushfire that is Covid-19 … Let’s all make sure that we play our part.”

During his upcoming visits to the Garden Route and Sarah Baartman, Mkhize will consult with stakeholders and assess whether further restrictions should be imposed on the municipalities.

From there the national coronavirus command council will determine the appropriate course of action, Ramaphosa said.

Richard Lessells, an infectious diseases specialist at the University of KwaZulu-Natal, said measures have to be found to prevent the spread of the virus, without turning to drastic lockdown interventions.

“They are clearly thinking about some of these measures in the Eastern Cape and Western Cape, but I think the problem is there is a tendency to be a bit too late with these things. People react once they see the hospitals full; once they see the deaths going up.”

On Thursday night, Ramaphosa said if there is anything the pandemic has taught governments and people, it is the danger of becoming complacent. “We must remember that as much as we want to relax, this virus does not relax. This virus does not take a holiday.”