bit2Big > Africa News > The US once again has something  Africa wants: competent leaders 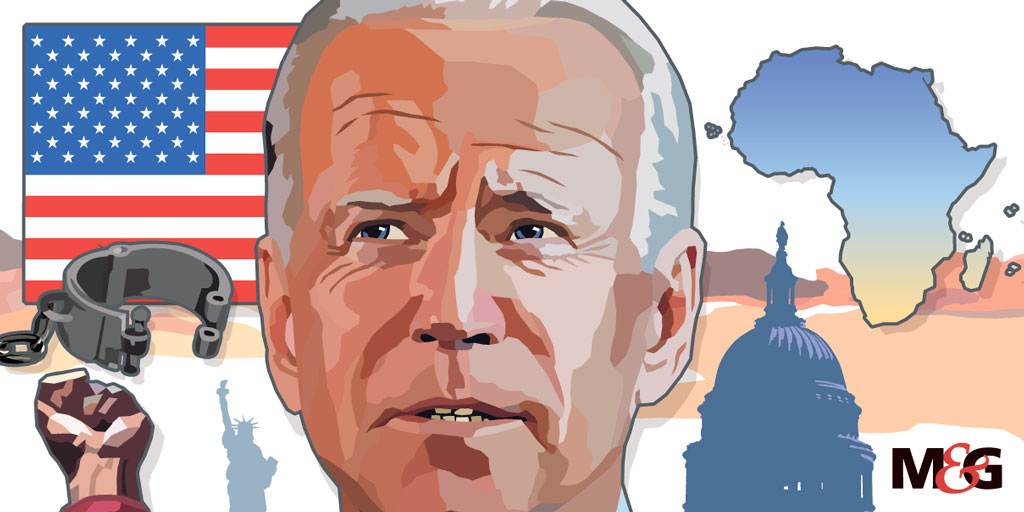 We have asked some of Africa’s leading academics and thinkers to reflect on what the inauguration of a new US president means for Africa. This series is produced In collaboration with the University of the Witwatersrand’s African Centre for the Study of the United States

The comprehensive victory of the Democratic Party in the United States November 2020 elections is the best outcome that South Africa and Africa could have hoped for.

The Democratic Party is an old opponent of apartheid, from as far back as the Kennedy administration 60 years ago. In 1986 the Democratic Party marshalled the Republican Party to override a veto by Republican president Ronald Reagan and passed the Comprehensive Anti-Apartheid Act of 1986, which played an important role in compelling the apartheid regime to the negotiating table.

Interestingly, among the senators who overrode Reagan’s veto were Democrat Joe Biden and Republican Mitch McConnell.

The whole world, not just South Africa, is relieved to see the back of the irrational and wayward Republican administration. The Democratic Party has rightly devoted a considerable amount of effort to opposing the abuse of power by Republican leader Donald Trump, to the extent of impeaching him twice.

This tells us that the incoming Democratic administration is principled and, above all, has the courage to stand up for what is right and constitutional.

Secondly, the new administration is made up of very experienced people in governance, many of whom served eight years in senior positions in the Barack Obama administration and in state governments.

Thirdly, the new Democratic administration’s frontline leaders Biden and Kamala Harris are seasoned leaders who are not easily ruffled.

We know that the new American administration is made up of competent, experienced people of high integrity. Can we say the same of the ANC administration that has been running this country for 27 years since 1994? Hardly!

The most generous description of the South African government is that it is inept, it muddles along and its officials are increasingly corrupt. The government’s incompetence is playing itself out today in front of our very eyes in its inability to procure Covid-19 vaccines for citizens. For the little it has obtained from the Covax consortium, it had no funds with which to pay a deposit. The deposit had to be paid by the private businesses that had donated monies to the Solidarity Fund to help small and medium businesses survive during lockdown.

Here is not the place to delve into the reasons for the underperformance of the ANC government. Suffice to say that in nearly three decades in power the country has witnessed the collapse of SAA; the failure to generate the power needed by the economy; the junking by all three rating agencies of South Africa’s sovereign debt; the de-industrialisation of the economy; the highest levels of unemployment in the world, and more.

Having proved itself thoroughly unable to manage its affairs at home, who then is going to manage South Africa and Africa’s partnership of equals with the US? We must therefore turn to relations between America and the rest of Africa.

Since the end of the Cold War and the opening of China to trade and investment from the West, the world has seen a rapid remaking of the world order. This order is being remade not only by the economic, political and military emergence of China; it is also being reshaped by the similar emergence of India and Southeast Asian countries.

The centre of gravity of the world economy and of world politics and diplomacy is shifting from the North Atlantic to what has become known as the Indo-Pacific region, which now accounts for 40% of global gross domestic product. Africa is part of the Indo-Pacific region by virtue of having Indian Ocean coastal states, especially Djibouti, Somalia, Kenya, Tanzania, Mozambique and South Africa, as well as the island states of Seychelles, Mauritius, Madagascar and the Comoros.

For the past 500 years, Africa has been at the receiving end of actions of the outside powers that shaped the world order. These powers positioned Africa as an exporter of its people as enslaved persons to build the New World countries in the Americas and the Caribbean. South Africa and Mauritius were the only African countries that had New World slavery; the Arab world also imported African slaves. Africa imported cloth, weapons and other manufactured goods in exchange for exporting people.

Since the abolition of the slave trade and during the colonial era that followed, Africa produced agricultural products and minerals for export and imported manufactured products. This economic relationship with the rest of the world has continued well after colonialism into the independence era.

The challenge Africa faces today is how to break out of this half-a-millennium-old position in the world economy.

This is where the importance of the new administration in the US comes in for Africa. The US is the world’s largest economy and in per capita terms its population is far wealthier than the Asians. Africa needs its best and brightest to negotiate a mutually beneficial economic relationship with the US.

Africans need to start now working on a new draft of the African Growth and Opportunity Act, one that is reciprocal.

Africa needs to engage the new administration in the US — the country with the most powerful military force in the world — about the arms race in the Indian Ocean, as well as how to contain the challenge of radical Islam and authoritarianism that in part contributes to the emergence of radical movements.

Read the first part of the series here: