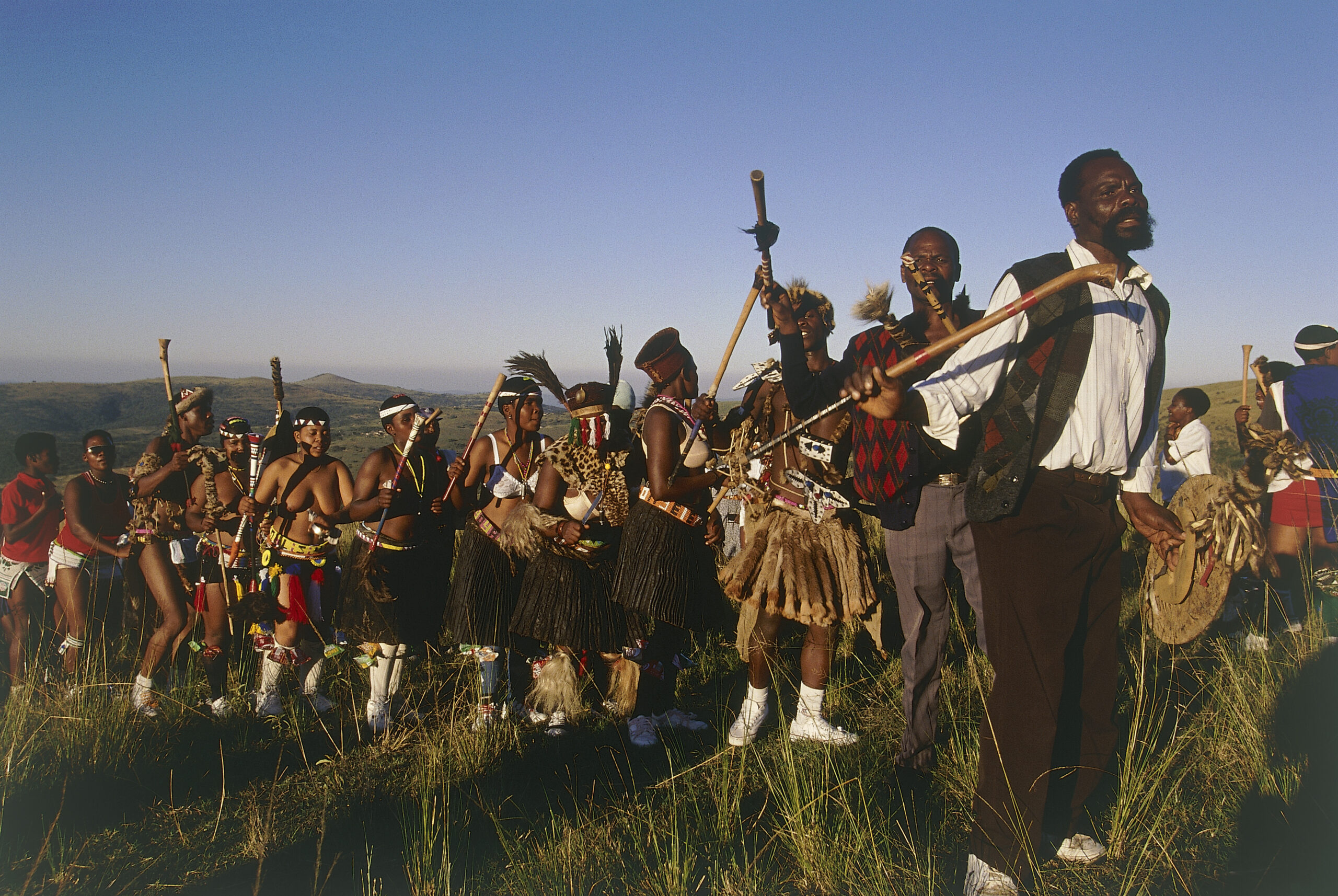 The quagmire that faces the majority of the citizens of South Africa is a strange but similar one — It relates to the recognition of customary marriages. These types of unions are well respected by indigenous people, but at times, they are held in lesser steed than their civil union counterpart. There’s a belief that one needs to conclude a civil union in order to be officially recognised as married in terms of South African law. That is not the case though.

·   Diversity of traditions and customs among different communities make it arduous to have a simplified and standardised framework for a universal law that governs customary marriages;

·   Most people do not understand that customary marriages are marriages in community of property by default;

·   It is cumbersome to prove the validity of a customary marriage when it is not registered in terms of law;

·   During divorce proceedings most parties attempt to invalidate the customary marriage because it would not have been registered;

·   There is a misconception (deliberate or otherwise) that partial payment of lobola makes the customary marriage invalid; and

·   There is a misconception that the divorce process of customary marriages is a simple “pack and leave” process.

It is against this backdrop that we conducted an analysis to locate the core (iceberg) problems causing misunderstandings among ordinary people with regard to customary marriages.

Customary marriages are marriages entered into between the indigenous African people of South Africa. Broadly, customary marriages were administered in terms of the Black Administration Act 38 of 1927, the Natal Code of Zulu Law and the Transkei Act among other legislations. One of the key observations among the different legislations, was that a woman in a customary marriage was deemed to be a minor, and of a lower status than her husband and was thus subject to his marital power.

·   the parties entering into the customary marriage must be over the age of 18;

·   they must both consent to marry in terms customary law; and

·   the marriage must be negotiated and entered into or celebrated in accordance with customary law.

The requirements of the Act are flexible and the validity of a customary marriage is decided on a case by case basis depending on the traditions and the customs of the parties getting married.

Insights based on the Molao365 chats

A number of insights can be drawn from analysing the chats that emanate from the Molao365 app research. Firstly, South Africa has always been considered one of the most diverse countries in the world by reputable institutions such as the Harvard Institute for Economic Research among others. The country’s diversity is mainly based on cultural, racial and economic grounds.

It is therefore expected that an issue such as customary marriages will be diverse and challenging to understand and administer.

Customary marriages do not only have to meet the requirements in the RCM, but also the traditions and custom requirements of the parties involved.

Secondly, unlike a civil union, a customary marriage is a spiritual union and is not only concluded between the bride and groom. The customary marriage requirements extend to their larger families. For instance, a spiritual connection is created between the parties when bile (inyongo) is poured on the bride when she is handed over by her family to her husband’s family.

Further, the bride is introduced to the ancestors of her husband’s family as one of the children of that family and the ancestors are requested to protect her as one of their own. It is therefore important for the law and its application thereof to acknowledge the spirituality of customary marriages.

It is, however, also important to acknowledge that it is challenging to legislate spiritual issues – and this is one of the paradoxes of customary marriages.

The third insight from the analysis is that  the law, in respect to customary marriages, has largely been developed on a case-by-case basis because of the different customs and practices that exist among the different peoples of South Africa. This has led to a continuously developing legislation which becomes difficult to comprehend and practise among different communities.

One of the undesirable effects of continuously developing legislation is that the application and interpretation of the prescribed framework becomes too flexible, to the extent of being arbitrary – and therein lies yet another paradox of customary marriages. Unlike civil marriages (which are relatively static), customary law is diverse, it is very important that when determining the validity of a customary marriage, one understands what the customs and the norms of the particular couple are.

The complexity is exacerbated by inter community (or inter tribe or clan) marriages and even where the couple come from the same tribal group, there could still be cultural differences because they come from different geographic communities.

The three insights discussed above are the core causes of the following behavioural trends during divorce proceedings of customary marriages:

1. Attempting to invalidate the customary marriage because the bride price was not paid in full. Even though the payment of the bride price (lobola) is not a requirement in terms of the Act, it is a key aspect of a custom in most traditions. There is a misconception (deliberately or otherwise) that in order for a customary marriage to be valid, lobola must be paid in full. This is incorrect, the payment of lobola and how it should be paid also depends on the traditional and custom requirements of the parties who are getting married. Most couples demonstrate this misconception in order to invalidate the customary marriage for the purposes of sharing assets in divorce proceedings;

2. Also in relation to lobola, a customary marriage by its nature is a marriage in community of property and will be considered such if there is no antenuptial contract. By making a customary marriage in community of property, the legislator wanted to make provision for the injustices of the past where women had no right to ownership of property. Most people in South Africa, however, do not have a good understanding of different types of marriage regimes and attempt to avoid the sharing of assets in divorce proceedings using this misconception;

3. The other common attempt to invalidate the customary marriage without having to split the joint assets, is to claim that since it was not registered at home affairs it is invalid. Although it is a requirement in terms of the RCM to register a customary marriage within three months, the failure to do so does not invalidate the marriage.
But it becomes cumbersome to prove the existence of the customary marriage (for example witnesses have to confirm the existence of the marriage and the written letters from both families have to be provided among other requirements).

It is important to highlight that all these attempts to invalidate the customary marriages will be happening in an already toxic environment because most divorces are confrontational  and adversarial by nature;

4. Lastly, for those parties who acknowledge the existence of their customary marriage, there is a misconception that for them to divorce, the couples have to simply “pack and leave” because the requirements of a divorce have been fulfilled and there is no need to record such dissolution of the marriage. Most parties are unaware that the RCM requires that, as is the case with a civil marriage, a customary marriage may only be dissolved by a decree of divorce issued by a court on the grounds that the marriage has broken down and there are no prospects of reconciliation.

The key identified shortfalls of current customary marriage frameworks are set out in the list that follows:

1. A customary marriage is spiritual in nature and therefore it must not be over legislated but be more devolved. For instance, there are currently no plausible reasons as to why traditional leaders are not fully empowered and licenced to issue customary marriage certificates;

The RCM seems to acknowledge the existence of traditions and customs when legalising marriages and fails to acknowledge the same traditions and customs during divorce proceedings. It is common knowledge that African traditions and customs allow their own practices when it comes to the dissolution of  marriages. For example, in the Zulu and Venda cultures, when parties decide to divorce, the representatives of the families that met during lobola negotiations have to meet again for the divorce. The intention of the meeting is first to try and resolve the issues/ differences in the marriage and if they are unresolvable, the families agree on the way forward. Chief among these discussions, is the sharing of assets, but keeping the family and spiritual relations intact.

One of the ways that will make the RCM (and home affairs) more holistic will be to acknowledge these traditions and include these customary requirements during divorce proceedings. This will have the added advantage of preserving some marriages and also reducing the confrontational and adversarial nature of most divorces; and

3. In relation to the above, by emphasising the spiritual nature of customary marriages, which are recognised in other customary and religious marriages such as Muslim and Hindu marriages, there will be less discrimination against traditional African marriages.