bit2Big > Africa News > The inefficiency of the Gini coefficient 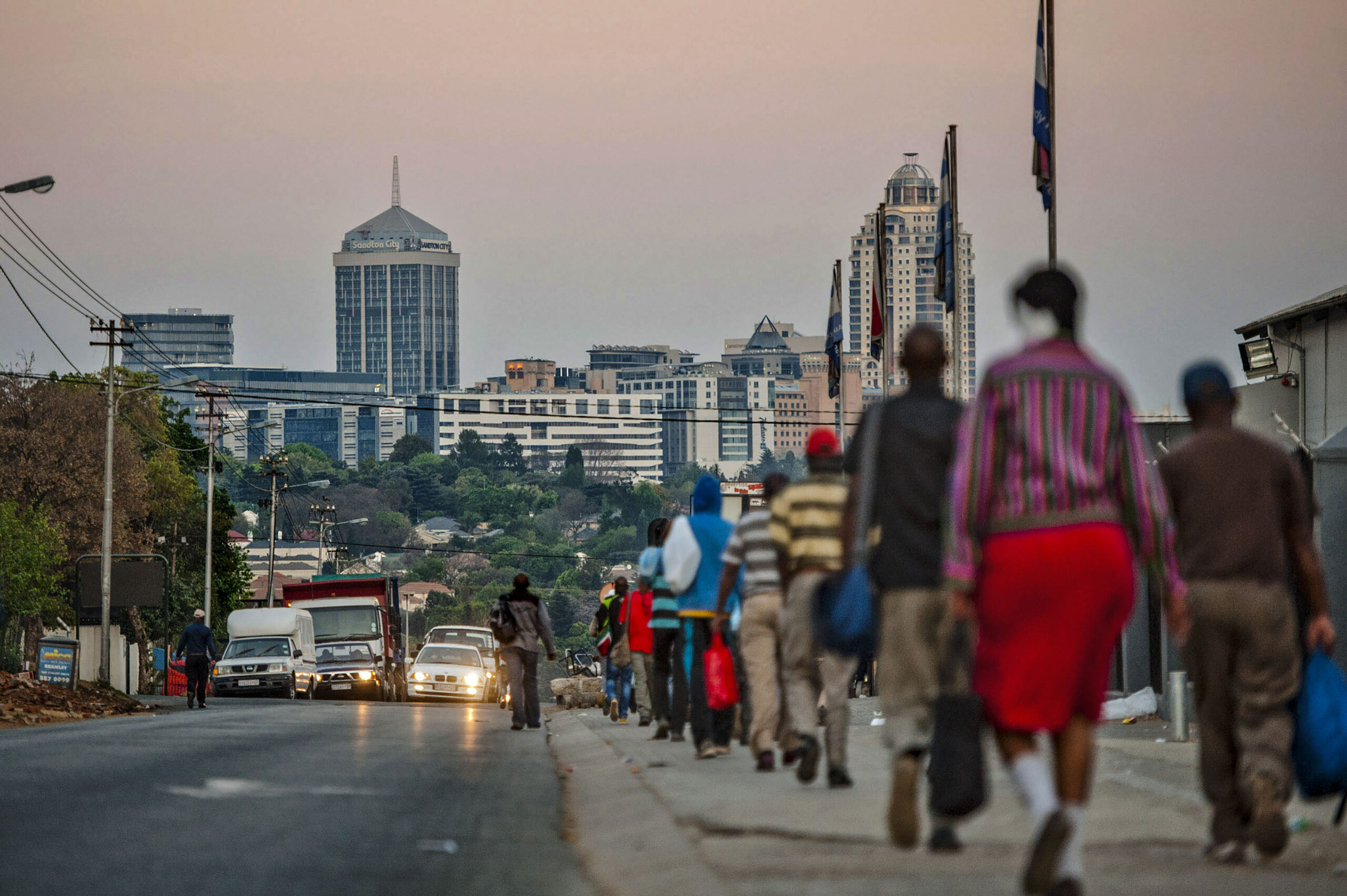 South Africa’s poor Gini coefficient rating is often cited as justification for many of the ANC’s, and hence government’s policies, designed to address income and wealth inequality. Even the Davis Tax Committee references the Gini coefficient as a basis for considering a wealth tax, although it ultimately rejects this option (for now). Yet few have questioned whether or not the Gini coefficient is in fact a reliable measurement of wealth and income inequality and whether South Africa’s rating is as poor as it’s made out by those who rely on this measurement.

Part of the reason for this is that criticism of the Gini coefficient is stifled by the same psychological tactics used by cult leaders to keep members from questioning the foundations on which the cult was founded: namely, “us” vs “them”.  Those who question the validity of the Gini coefficient as a proper measure of inequality are seen as “anti-poor” and/or in favour of maintaining the status quo.

Who wants to be branded as being “for inequality” and seen to be questioning the wisdom of a statistic published by no less an institution than the World Bank? It also doesn’t help that few of us have any knowledge of the Gini coefficient other than South Africa’s poor ranking.  As a result, the cult of the Gini coefficient persists.

What is the Gini coefficient?

The Gini coefficient is a single summary statistical measure between 0 and 1 that measures the extent to which the distribution of any data set deviates from a perfectly equal distribution. Put simply, 0 is absolute equality and 1 is absolute inequality.

This coefficient can be used to measure the degree of inequality of any spread of information, such as wealth, income, weight, height, et cetera, but it has become widely known for its measurement of the distribution of income among individuals or households within an economy.

It was developed in the early 20th century by Corrado Gini, an Italian statistician and demographer. According to a recent article in Prospect magazine, Gini was not someone you would want as a “poster child” for advocating the reduction of income inequality. He was an ardent supporter of Mussolini and fascism, and a proponent of the practice of eugenics, which advocates for improving the human species by selectively mating people with specific “desirable” hereditary traits.

The article points out that the study of income inequality was for most of the 20th century merely a statistical exercise, in which the Gini coefficient was but one tool. The focus on wealth and income inequality only gained prominence in the fallout from the global financial crisis in 2007-08 and later in 2014, after the publication of Thomas Pikkety’s Capital in the Twenty-First Century, in which he concluded that wealth in the developed world was disproportionately concentrated in the hands of the top 1% and whose increase exceeded the rate of growth in these economies as a whole.

How accurate is SA’s rating?

Firstly, the World Bank, which publishes global Gini coefficient ratings, does not have data for all of the world’s 195 countries. The result is that 30 countries do not appear in the World Bank income inequality rankings, including Afghanistan, North Korea, Saudi Arabia and New Zealand.

Secondly, those countries that provided data to the World Bank did so over a period from 1992 to 2018. South Africa’s data was last submitted in 2015. How is it possible to draw any definitive conclusions that South Africa is, and remains, “the most unequal society” based on such information? Even the latest World Bank reports no longer refer to South Africa in such absolute terms.

There is also the problem of defining “income”. Some countries’ data measures income per household and others measure income per individual. Others measure wage earnings, but not financial holdings. It is difficult to draw comparisons between subjects when the units of measurement are different.

According to a Human Sciences Research Council (HSRC) 2014 report, the definition of “income” for Gini index reporting purposes excludes earnings from the informal sector, which is a major factor in developing countries. Also excluded are social benefits such as social grants, which have reduced the poverty levels of about 13-million recipients in South Africa. Excluding these forms of income further skews the picture of South Africa’s inequality rating. Some estimates indicate that South Africa’s Gini coefficient improves significantly after taking into account social benefits and progressive tax rates.

As the HSRC points out, it must also be borne in mind that the Gini coefficient is a relative measurement that fails to capture absolute differences in income. This means that there may be no change to a country’s inequality rating where everyone’s income improves, even though the number of people living in absolute poverty is declining. Similarly, if everyone’s income declines this could result in no change or a lower level of income inequality.

The HSRC report also states that it is also possible that two countries could have different income distributions but the same Gini coefficient, showing that simplifying a complex issue like inequality into a single number does not give the full picture.

Finally, the Gini coefficient does not address what the wealthy do with their disproportionate share of wealth and income. Far from stuffing it in a mattress, wealth and earnings find their way back into the economy through the purchase of goods and services and investment into new businesses to generate more wealth.

Businesses such as Bidvest, Remgro, MTN and Discovery were all founded by members of the top one percent and have generated thousands of jobs and hundreds of millions of rands in tax revenues, which have been allocated to helping the poorest of the poor.

The bottom line is that one statistic cannot convey an accurate picture, and citing South Africa’s Gini index ranking as justification for a whole range of interventions in the economy serves no purpose. We are better served by examining what gave rise to such an outcome.

The existence of wealth inequality is not in itself bad. But as the authors of the Prospect article point out, how that wealth is accumulated and how the income inequality arises matters a great deal for purposes of fairness.

In South Africa, the wealthy, largely white, community was able to accumulate wealth based on a restricted, superior education system, access to capital and the exclusion of millions from the formal economy, which reduced competition for resources. The unfairness of this is not to be denied and needs to be addressed.

Those in the Pikkety camp suggest this can be achieved through a wealth tax that penalises and discourages the accumulation of wealth and which reduces wealth inequality through redistribution. This “Robin Hood’’ approach ignores the fact that the best performing economies are those that provide the opportunity to all for wealth creation, rather than pursuing excessive taxes to redistribute such wealth. This approach also does not address the structural unfairness that allowed for the disproportionate accumulation of wealth in the first instance.

The reality is that unless we address the issues of education, access to capital and a more inclusive economy, we will be left with taxing an ever-decreasing number of wealthy individuals and corporations, who will eventually either cease generating taxable wealth — or they will emigrate.

Governments cannot generate income to address these issues other than through taxes. Hence South Africa continues to borrow money at an unsustainable rate as its tax base decreases. The seemingly unpalatable consequence of this is that you may have to accept that you need the skills, expertise and capital of the wealthy in order to address the structural unfairness from which they have benefited.

The question we have to ask is: If everyone who is living in poverty today ends up earning a dignified living wage, being able to properly educate their children and having access to capital, does your country’s Gini index rating really matter?

As the saying goes: “There are three types of lies: lies, damned lies and statistics.” By succumbing to the cult of the Gini coefficient, we lose sight of the real outcomes that are needed to address inequality.