bit2Big > Africa News > The devil is going down to Georgia 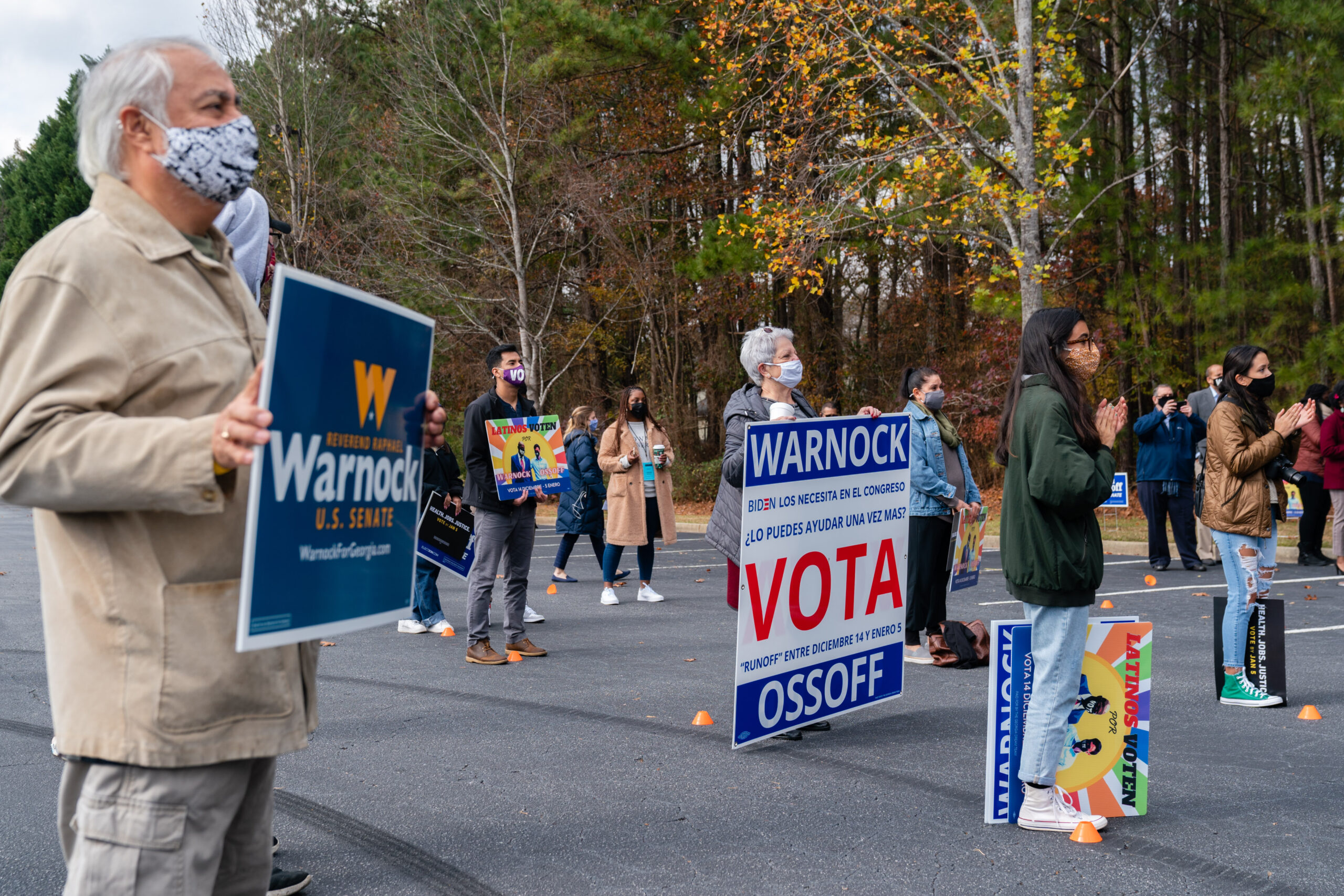 The devil is indeed going down to Georgia. In January, two elections for US senate seats are taking place. As luck (this is 2020 after all) would have it, those two seats (doubtless upholstered in the finest endangered animal skin money can buy) will determine control of the senate.

With the Democrats controlling the White House (finally) and also congress, the stakes could not be higher. The senate is the Republican Party’s Alamo or Führer’s bunker. If it falls, all is lost. Underneath the rubble, Mitch McConnell and his lovers may well take cyanide and have their bodies burned by the Red Army, while their Bormanns flee to South America to take up ranching, wearing ponchos.

Fortunately for them, however, Georgia has voted resolutely for Republican candidates for decades.

The fact that the state voted for Biden has engorged the Democrats with hope, but they should probably season that hope with a pinch of salt. The presidential election was not one where voters had a choice between Republicans and Democrats, but between Donald Trump and the Democrats. And thus it was one that was tricky for the Democrats to lose.

This one is different.

The GOP has been quick to let voters know that by voting for the Democrat candidates in these senate races, Georgians are voting to hand control of all three levers of government to the Democrats. Traditionally, it’s a fun-to-watch Republican vs Democrat local derby rather than a referendum on the administrative skills of a reality TV star with a tenuous hold on reality.

The Republicans involved here are smart, sensible politicians. They know that Red State America has not suddenly embraced the Democratic Party any more than they are about to trade in their pick-ups for biodegradable bicycles and marry Anderson Cooper.

But the demographics of the South (as we have been endlessly told since 2010) are changing, and the electorate is becoming younger, more educated, more urban and more diverse. Which is why vast sums of money will be poured into this cage fight, super-charging it into a white-hot shit show just when America needs to calm down and find common ground.

A recent survey showed that something like 15% of Americans genuinely believe that Democrats drink the blood of children and are in some way linked to occult sex clubs, so a hotly contested election like this would seem to be exactly what the doctor did not order. Unless that doctor is Dr Mengele, Dr Strangelove or the one who whipped up the bogus research that started the whole anti-vaccine thing.

It’s a strange thing for a liberal like me to say, but given the brutal divisions in American politics right now, the best thing for America may be for Democrats Warnock and Ossoff, who both seem like wonderful, hard-working candidates, to lose in January.

Thanks to the narcissistic ravings emerging from the White House, a huge proportion of  Republicans now think that Biden stole the presidential election. There is no evidence for this, apart from incoherent tweets and hysterical outbursts on TV and in the grubbier corners of the internet. But we all know how confirmation bias works: information not supporting our point of view tends to get ignored while we actively seek out information that does.

However scant it may be.

And having an until-now resolutely Red State suddenly voting for candidates that the American right wing considers openly communist might well provide incontrovertible evidence to them that the electoral system has been hopelessly compromised. It could possibly result in these Americans embracing the extreme-right, vigilantism and violence.

So much so that if Vladimir Putin really wanted to destabilise the US he would fling every rouble and Twitter bot he has behind the Democrats this time.

I really hope this article doesn’t make him realise that.

Fortunately I think he stopped reading my stuff after that joke about his unusually small nipples.