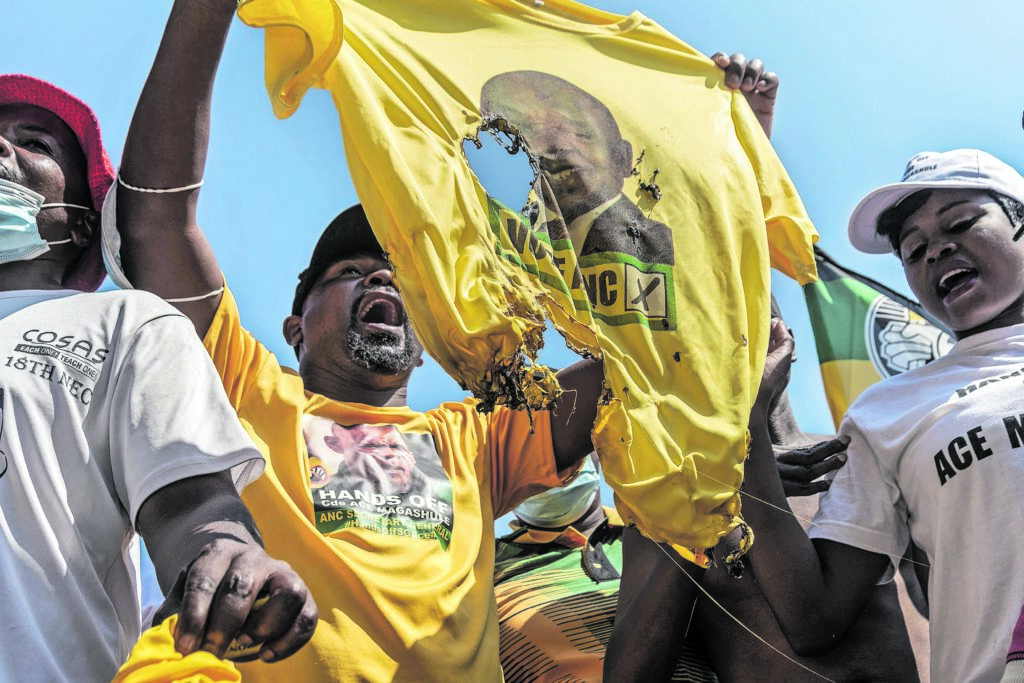 The ANC in the Free State province has had over two decades of wanton paralysis politically and organisationally; this manifested in the cult of personality which established itself as a norm and an institution of some sort, personified by its long-standing chairperson comrade Ace Magashule, who is also secretary general of the ANC.

If anyone still doubts what damage flawed characters, inserted in very powerful positions, are capable of unleashing on democratic institutions, they need look no further than the storming of the US Capitol on 6 January where, according to one Congresswoman, Trump “lit the flame” that ignited the mob.

We understand that the birth of the new order does not arise spontaneously but is a product of the struggle against the old order. Necessarily the architects of the new order must be change agents inspired by a new vision, steeped in the dictates of the new realities.

That is why we, as change agents in the Free State, call upon all members and supporters of the ANC to embrace the effort to return the ANC to its historical mission, restore its character and organisational discipline, in order for it to play a catalytic role in changing the lives of ordinary people for the better — in households, workplaces, places of worship, arts, sport and municipal services in their neighbourhoods.

Our appeal comes shortly after the untimely and sad passing of a former National Executive Council member and Minister in the Presidency Jackson Mthembu — about whom President Cyril Ramaphosa said in his eulogy: “He was never deceived by the false smiles and empty promises of those who sought to enrich themselves at the expense of the poor and the weak.”

We are also inspired by our comrade Mxolisi Dukwana who is emphatic that “revolutionary discipline is the embodiment of a new morality that reflects profound interests of working people and social progress”.

Commitment to the cause of the people, sacrifice and selflessness are hallmarks of revolutionary discipline. A disciplined cadre is a master of all circumstances.

In his letter on 28 August to all ANC branches, Ramaphosa was adamant that the ANC should be resolute and decisive in stamping out ill-discipline and should do so without fear or favour.

It is worthwhile referring to the movement’s constitution to remind members what the party stands for and to encourage all to live up to its ethos.

Rule 3 (as amended and adopted at the 54th National Conference, Nasrec, Johannesburg 2017:1-9) stipulates that:

“The ANC is a non-racial and non-sexist and democratic liberation movement. Its policies are determined by the membership and its leadership is accountable to the membership in terms of the procedures laid down in this constitution.”

The constitution describes in minute detail all the salient features of the ANC. In essence the character of the ANC defines its nature of existence and historical mission. The character provides the context and content of understanding the significance of revolutionary discipline.

The rampant corruption that we are seeing in the higher echelons of our party are contrary to the party’s constitution and it is up to members to hold leadership to account.

We call upon all members and supporters of the ANC to reject corruption in all its forms, and isolate corrupt individuals who deprive our communities of their hard-won constitutional rights and freedoms. Corruption, all over the world, is an enemy of freedom, human dignity and democracy.

We invite all members, communities, those previously isolated and alienated professionals and supporters of the ANC to come back and join us in this effort to rebuild the Free State province — and indeed the country.