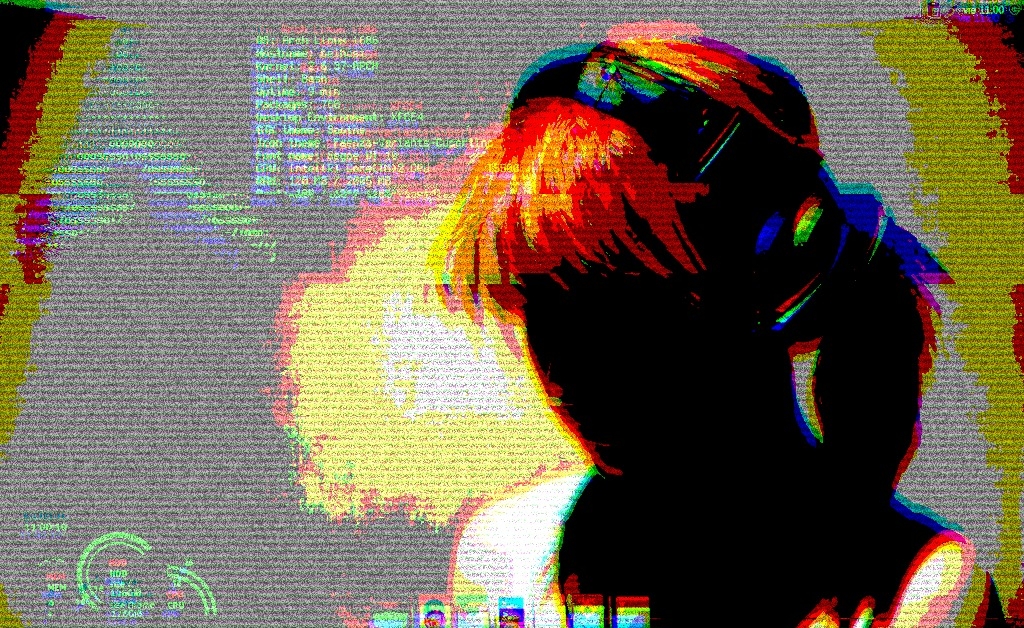 In 2030, at the interminable tail end of another hot, smoky summer in Mexico City, the power went out again and she went down into the basement where it was cooler. Other people from the apartment block were already sitting on the gritty concrete: snacking, vaping, talking, thumbing through their devices and killing time. People shared charging bricks in a neighborly way. She had three phones; most people she knew had anywhere from two to seven.

Finn Brunton is an assistant professor in the Department of Media, Culture, and Communication at NYU and author of “Digital Cash: The Unknown History of the Anarchists, Utopians, and Technologists Who Created Cryptocurrency.” This post is part of CoinDesk’s “Internet 2030” series.

The phone she needed for university was expensive: a German-made, handy model, code-compliant with what the phone called SBI, “Schengen Boundary Internet,” but everyone else called the “EUnternet.” The phone was locked down and tamperproof, the software highly regulated for privacy, security and accuracy, constantly cautioning you in stiff, formal language. It was built around the European Union’s blockchain watermarking and timestamping system: Every message, note, and post, every photo shared on social media, every video lecture from her professors in Italy, was verified authentic in an unfalsifiable chain of custody from key-signed origin to destination. When she looked at the EUnternet’s newsfeeds, the pages and documents came with a ghostly shimmer of controls for moving back through all edits and updates, stored in a permanent, public archive.

you were exposed – all your actions cryptographically signed

Like the “World Wide Web” her history professors talked about, this technology had started in the sciences and then been adopted by the public, moving from narrow purpose to general. Built to improve data sharing for scientific collaboration, it had grown into a system of digital dams and dikes raised against propaganda, fakes, disinformation and bot-army swarms pumping a media feed of self-reinforcing and self-amplifying psychopathology. EUnternet life was like a visit to a well-run hospital: you were exposed – all your actions cryptographically signed – but that exposure was made acceptable, more or less, by the heavyweight architecture of privacy regs and confidentiality doctrines that governed every interaction with your data. The design was uniformly accessible, clear, sober and bland. You felt safe, clean, looked after and intimately managed, doing the responsible thing in a completely regulated environment with a public ID tag always on your wrist.

Her second phone was her job. It was how she paid for the first phone and its window into the EUnternet. It was her U.S. internet phone, so it couldn’t work with the protocols of the internets in Brazil, Russia, China or any of the others – but she couldn’t legally work in those networks anyway. It was in grippy hunter’s orange, injection-molded plastic, made in a factory in Vietnam and speckled with cryptic logos and DRM symbols. Like most people with an internet phone, she had partitioned it with the help of an aftermarket technician who had also installed a nice physical selector to switch between the partitions, since each was for a different set of apps and platforms that belonged to different corporations. Some apps would refuse to be installed on the same phone as others; some, on the same phone, tried to sabotage each other in the background by throttling internet traffic, running covert attacks and redirecting requests from one platform to another. So she kept them apart, each to their partition and thinking themselves in sole possession of the rectangle of glass: Amazon, Facebook, Wazhul, Tencent and Alphabet. For Amazon she remote-piloted delivery and logistics robots all over the world and wrote fake customer reviews; for Facebook she babysat and did senior citizen check-ins in VR, shared memes and wrote fake reactions for pay; for Wazhul she played the boring parts of games for people; for Tencent she played other boring parts of games for people and was a professional friend; for Alphabet she watched ads as 16 different demographics.

Each partition had different money. Amazon paid in store credit; Facebook paid in libra; Wazhul paid in game resources; Tencent paid in marketplace coupons; Alphabet paid in a mix of high-speed data, content plays and miles in autonomous vehicles. Her various wallets packaged, bundled, bought and sold these and many other things second by second. Her savings, such as they were, were a constantly fluctuating set of food delivery coupons, cryptocurrencies, rare Pepes, Starbucks Rewards, hours of on-demand therapy, collectible cards, miles on airlines she would never fly, minutes of shelter in a chain of capsule hotels in a city she would never visit, and more. On the rare occasions when she needed to pay something in pesos or dollars, her wallets would make deals on marketplaces across the world and she would get a virtual debit card – always for a smaller amount than she was hoping. The marketplaces took a fee; the debit card took a fee; her wallets took a fee; the money took a fee to be traded for a different kind of money. This was the way it worked on the internet, a cross between a maquiladora and a mall with no exit.

See also: What Happens if Big Tech Only Gets Bigger?

The internet phone was five clashing powers, five warring agendas and aesthetics, on one cheap box. Each platform constantly implored her attention and pinged her with sleazy come-ons that reflected their intimate surveillance of her data and activity; they had the sweaty, bad-boundaries energy of getting game from a pick-up artist at a bar. The content was largely machine generated, and mostly bizarre and inexplicable to her. It was driven by steadily refined engagement metrics that narrowed and escalated one subculture after another, where people lived in completely coherent, internally consistent, closed universes fed by a constant drip of confirmation, panic, porn and anger. Every day she was informed about healing by exposure to analog TV broadcast antennas, or the replacement of public figures by clones, or why to kill this or that group of people: following a pushy new hashtag felt like turning over a dead log in the forest.

The last phone she had was the most personal. It was old, clunky, inefficient, patched up with tape and running a sideloaded operating system that booted up into strings of text in unreadably tiny type before the jittery icons appeared. It was slow: It connected to platforms that passed data from phone to phone, duplicating and sharing as they got copies, or to networks that anonymized and rerouted every request so that it appeared to come from Lagos, Montreal, or Djakarta, assembling the shards back in her hand in Mexico City. The networks, platforms and programs had names like Chia, Mastodon, Cicada3303, moTOR, Hak Nam, ZettelMünze, Urbit, Paquete. They hid inside other networks, living interstitially in the world’s internets like mice in the walls of a building, moving traffic through the Panama Canal of other people’s data. This loose agglomeration of disparate technologies was called the darknet/red oscura/réseau obscur – though many parts of it were not particularly dark, they were just owned by no country or megacorporation.

Media came and went without warning here. People and bots kept informal lists of where different conversations and archives could be found as they moved; every time she unlocked the phone it was like coming back to town, asking around with the aid of nicknames, high signs, secret handshakes and allusive references to learn where to go and what was up. The phone was chronically low on memory, because most of it she had set aside as encrypted space, to which she had no key, for the data of strangers. Her life was likewise sharded across phones, media centers, hacked household appliances and computers around the world.

The darknet was all corners, a shape made of nothing but corners, and you found the corners where you could live.

On the EUnternet she was a public citizen: standing up straight in sensible shoes, speaking respectfully at a never-ending town hall, with a stenographer taking her remarks for the record. On the U.S. internet she was a resource: scrutinized and hassled, her work time and attention auctioned off, paid in company scrip to buy goods at the company store, her activity bundled and packaged and sold to boost some unfathomable corporate synergy and squeeze out a little more value to the shareholders. But on the darknet she could breathe. She could get weird. She could be herself – under nicknames, pseudonyms or no name at all. She had other resources here: favors she was owed, gifts given and received, post-monetary mutual aid networks that threaded through the world right into her neighborhood, and her rights of access to specialized tools and conversations. The EUnternet and the U.S. internet were both utterly open and unobstructed spaces on which you were as exposed as an ant on a white tablecloth – the only difference was that in one you knew who was watching, and in the other you didn’t. The darknet was all corners, a shape made of nothing but corners, and you found the corners where you could live. Her corners of the darknet were patient, slow, quiet, and obsessive – as she was herself. Here they worked on projects together, wrote things, built things, that didn’t have to make money or make sense to anybody else. They didn’t make what they made to try to please a recommendation algorithm, to trend, to engage; there were no metrics beyond their own idiosyncratic standards.

In the apartment basement, the lights flickered back on; power was back. She grabbed her phones in a stack, like a deck of cards, and walked back upstairs with her three different selves and their worlds held in one hand. 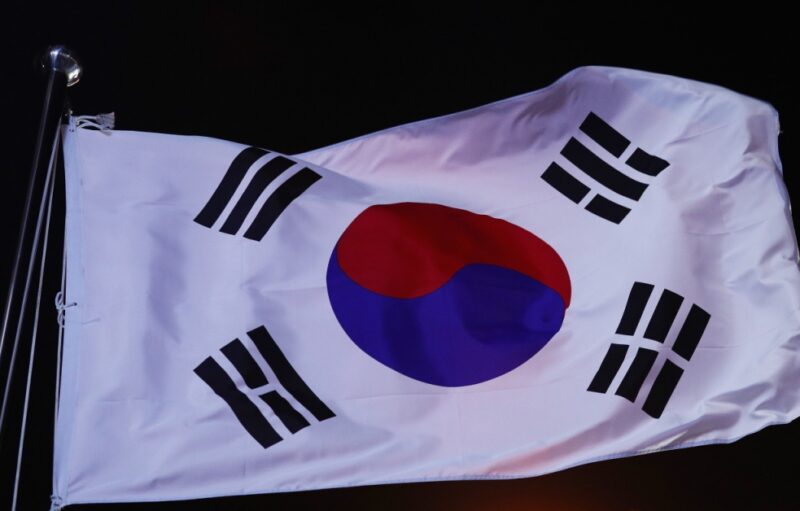 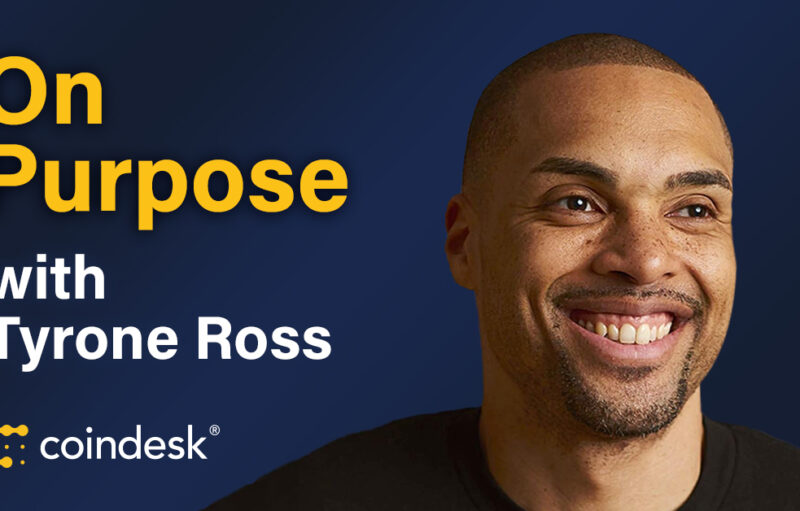