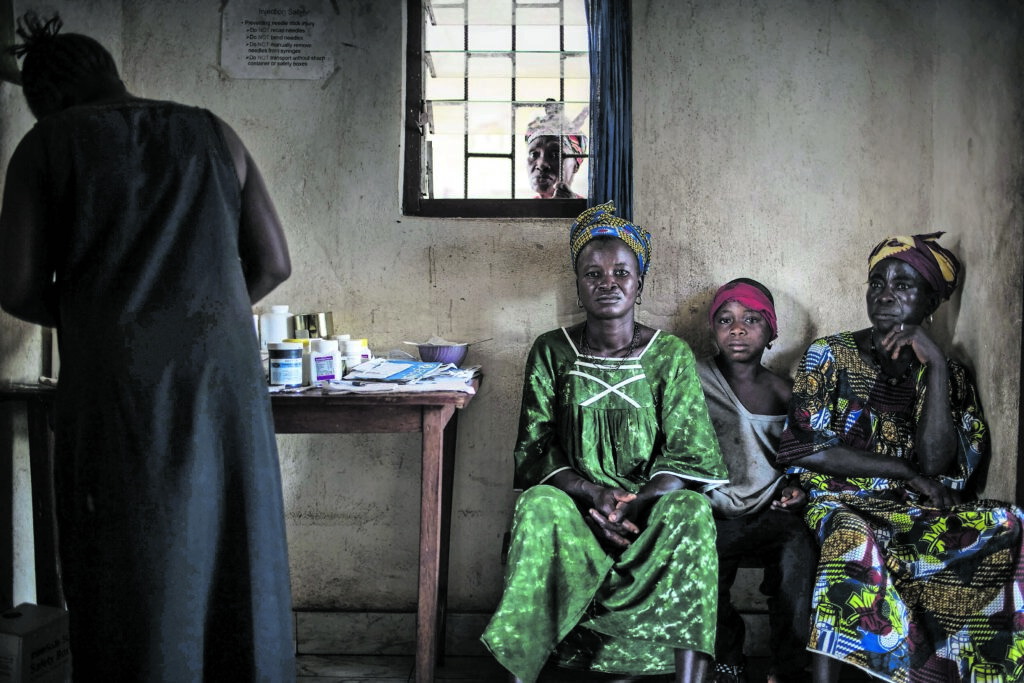 Peace starts with the inner person. But, within myself I do not have peace. Every time I think about my situation, I feel so bad and it affects me a lot.”

Dutch, as he prefers to be called, is HIV-positive, and was once a drug user. He is now an agent for change in his community in Freetown, Sierra Leone.

Dutch lived in the ghetto for more than a decade. At age 17, he became addicted to drugs and feared no one, not even the police.

Seven months ago, he discovered that he is living with HIV, when a civil society organisation visited his community and encouraged people to get tested.

“I felt so bad about it. I was so depressed and thought it was the end of the world for me. The street life was really not easy, but I never expected this. I had to accept the situation and decided to keep it to myself and the HIV counsellor,” Dutch says, with his fists tightly clenched.

As well as living a life on the street beset by challenges, Dutch now grapples with a new reality — the coronavirus crisis. Sierra Leone is currently experiencing the second wave of the Covid-19 pandemic. Authorities instituted a two-week lockdown, which began on 24 January, in Freetown, which has recorded more than half the country’s cases.

But for people living with HIV, the pandemic brings additional challenges, among them lack of access to treatment, disruptions in medical supplies, drug stockouts, and stigma and discrimination.

Dutch says access to treatment has been problematic. “We are stigmatised by health workers in the hospitals. Because of this, most of us refuse to go for medication,” he says.

George, not his real name, is 27 years old and also living with HIV. He was previously a drug user, and contracted HIV while injecting substances.

“Before this time, I was smoking something we call ‘coke’ in our local language. We have a way to ‘fry’ it. We also had the powder called ‘bunker’, which more than 10 of us would use,” he says.

George echoes Dutch’s experiences. “We face self-stigma, which makes us refuse [to] go to health centres. We feel people or health workers who have seen us more than once, always take notice or talk negatively about us.”

“This makes it hard for us to live a normal life, and many people have died because of this type of treatment,” George says.

The problems faced by people living with HIV during this pandemic are not limited to Sierra Leone. In South Africa, efforts to prevent and treat HIV stalled at the beginning of Covid-19.

Currently, South Africa has the most Covid-19 infections and deaths in Africa, with cases exceeding 1 400 000, and more than 40 000 deaths. Worst still, data from the country shows an increase in Covid-19 deaths for people living with HIV and tuberculosis.

Last year, about 690 000 people died from HIV-related causes around the world and 1.7-million people were newly infected. The World Health Organisation (WHO) has warned of a need to redouble efforts to avoid the worst-case scenario of half a million excess deaths in sub-Saharan Africa because of interruptions in HIV responses.

Although the HIV prevalence rate remains relatively low in Sierra Leone, disruptions in testing, tracking and treatment could have severe consequences. In 2019, UNAids estimated that 1.6% of adults aged 15 to 49 live with HIV in Sierra Leone.

“We need to reach out to the key populations with more intervention,” says Habib Kamara, the executive director of Social Linkages for Youth Development and Child Link, a civil society organisation implementing HIV responses in Sierra Leone for people who inject drugs.

Kamara knows that despite ongoing programmes like needle- and syringe-exchange pilots, the battle against HIV has a long way to go.

By helping people in key populations with appropriate HIV interventions, the government will not only be helping individuals, but also help to prevent the spread of HIV among the general population.

During the pandemic, Kamara’s organisation runs a drop-in centre, at which people in key populations, including those who use drugs, are able to collect their HIV medication without stigma or discrimination.

The WHO stresses that prioritising key populations, with appropriate HIV interventions — affordable HIV prevention, testing and treatment services — would have the biggest effect on the HIV epidemic and reducing new infections during the Covid-19 pandemic.

George agrees, but emphasises that other barriers to accessing healthcare must be addressed. “Someone like me finds it very difficult to take my medication, because it goes with food. When there is nothing to eat, it discourages me from taking my medicines,” he says.

In recent years, Sierra Leone has made some advances in fighting HIV, but the pandemic threatens to reverse those gains.

The ministry of health and sanitation has set up “defaulter tracers” to trace clients refusing to visit health centres because of Covid-19.

Jasie Sesay is a reproductive health counsellor working at the Retroviral Syndrome department at the Lumley government hospital in Freetown.

“When the pandemic started, we recorded up to 30% reduction in visits of patients on HIV medication. Some were thinking that if they came to the health centre, they would be tested positive for coronavirus,” Sesay says. “But we quickly changed from giving out daily medication to either monthly or quarterly doses.”

Other challenges persist. The country’s drug act, which came into force in 2008, criminalises the possession of drugs, and even harm-reduction efforts. This makes the fight against HIV among key populations an uphill task. The WHO has also flagged the issue as a major concern.

“Increased HIV vulnerability is often associated with legal and social factors. This increases exposure to risk situations and creates barriers to access effective, quality and affordable HIV prevention, testing and treatment services for persons in the key population,” the WHO says.

But some countries have made giant strides in this area. Kenya has demonstrated commitment to providing an enabling legal, social and policy environment to reduce barriers to health services for people living with HIV, and is the first country in the world to have established an HIV tribunal to increase access to justice for people living with HIV.

Kamara knows that an enabling legal framework for helping people in key populations in Sierra Leone is still far from achievable.

“Distance is now a huge barrier to accessing treatment for persons in key populations. Because of this, about 65% to 75% of our clients can no longer access our services,” Kamara says.

Despite their current situation, George and Dutch live with hope. “I have faith that I will not die from HIV. As long as I take care of myself well and take my treatment, the future is bright,” George affirms.

Dutch has also not given up on life. He knows that as long as he takes his treatments, the viral load in his body will be suppressed. “Although there is so much discrimination in our society, I have hope for the future. If coronavirus does not kill me, then HIV too will not,” he says.

This story was produced with support from the Thomson Reuters Foundation