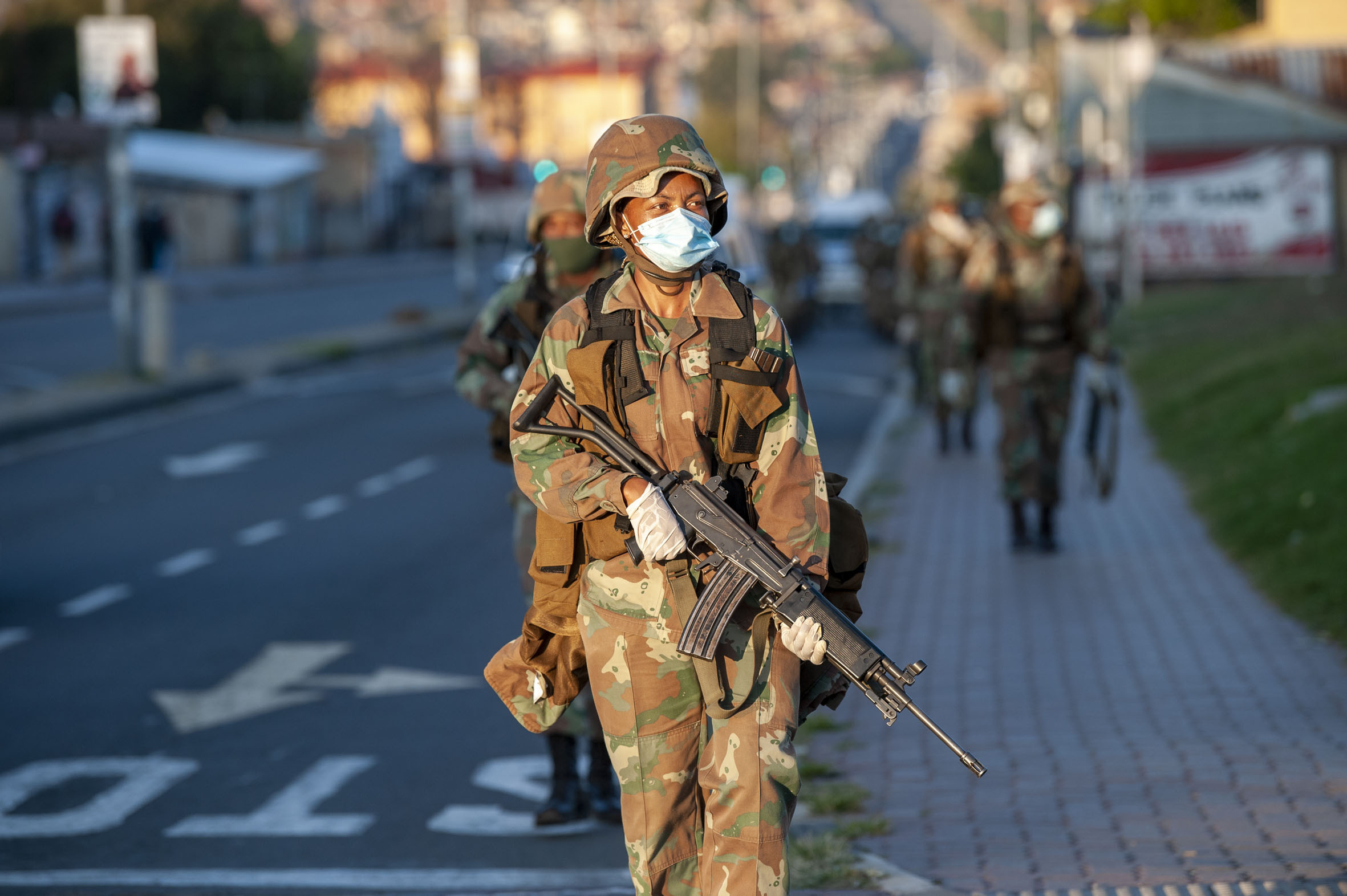 A senior official in the South African Military Health Service (SAMHS) has blown the whistle on the defence force spending more than R200-million on a Cuban Covid-19 treatment that the health department here has banned from being used to treat symptoms of the virus.

The Mail & Guardian has learnt that the military has paid R35-million for 130 000 doses of the Interferon-Alpha-2B drug — enough to treat 8 600 military personnel — and is to make another payment of R182-million for a consignment that has already been delivered.

South African National Defence Force (SANDF) spokesperson Siphiwe Dlamini had not responded to questions at the time of publication. The M&G will update this story when comment comes.

According to a confidential internal report by Major-General Lesley Ford, the chief director for military health service support, the drugs have been stored inside the SAHMS base depot.

They cannot be used because the defence force did not make the necessary applications before procuring the drug. The procurement was not captured on the SAHMS inventory, he said, and was done without following due process.

“It is not clear who created the demand for the Interferon and it is understood that said requirement was not initiated by the SAMHS. This would make sense as the drug is not SAHPRA [South African Health Products Regulatory Authority] approved for use within RSA. A post facto application has been made to SAHPRA for the first batch of Interferon subsequent to the receipt in the depot [but has] seemingly not been granted to date,” Ford said.

The payment could have been deliberately made against an “incorrect expenditure classification to avoid detection”, Ford says in his memo to senior defence force leaders including the surgeon general, the chief of staff and the chief of logistics.

“At no stage was any SAMHS projection of Covid-19 infections close to this number of patients. Therefore the basis of calculation that informed this already seemingly controversial transaction may not have been concluded with reasonable care,” he said.

“It is anticipated that this plausible fruitless cost will amount to approximately R182m.”

The import of the medicines in April was hidden from the inter-ministerial committee appointed by President Cyril Ramaphosa to investigate all Covid-19 related corruption.

A check of the defence department’s list, which was submitted in August to the inter-ministerial committee, did not include Interferon as part of the expenditure.

The Special Investigating Unit has, to date, looked into more than R15-billion of corruption linked to Covid-19, and the police’s Directorate for Priority Crime Investigation (the Hawks) announced early this week that it would make its first Covid arrest today.

At the time of the announcement of the inter-ministerial committee, Ramaphosa, who was under pressure to act against rampant corruption in the emergency procurement of personal protective equipment, said all government departments should report expenditure related to the coronavirus.

This is the second instance of a deal between the defence force and the Cubans falling foul of due processes.

Last year the M&G reported that the auditor general flagged a R900-million contract signed by the SANDF chief, General Solly Shoke, in 2014 to have 150 Cuban mechanics fix old army trucks. The five-year deal, which escalated from R35-million a year when it started, was signed without permission from the secretary of defence and Defence Minister Nosiviwe Mapisa-Nqakula.

The M&G has seen a recommendation by the national essential medicine list committee’s therapeutic guidelines subcommittee. This body of technical experts is appointed by the health minister to formulate and revise the country’s list of medicines and develop standard treatment guidelines after considering clinical need, evidence of efficacy, quality, safety, affordability and implications for practice.

The 10-person subcommittee’s recommendation, which was issued in July, said: “We  recommend against the use of Interferon for the treatment  of  Covid‐19 in hospitalised  patients, but eligible patients may be considered in the context of an approved clinical trial. The rationale for this, it said, was that “evidence of efficacy and safety is very uncertain at this point, and cost is a consideration”.

In March, the Bhekisisa Centre for Health Journalism reported that the controversial Ekurhuleni metro executive mayor, Mzwandile Masina, along with the recently fired Gauteng health MEC, Bandile Masuku, wanted to import Interferon as a “vaccine” for Covid-19.

At the time the province’s health department said the drug has “antiviral properties” and had been used before for specialised treatment.

This was in reference to the fact that the health products regulatory authority had registered the drug for use as a treatment for skin cancer and not Covid-19.

Kwara Kekana, a spokesperson for acting health MEC Jacob Mamabolo, had not confirmed, at the time of going to print, whether the department had purchased the drug.

The Bhekisisa article describes interferons as a group of proteins that are produced by the body to fight off viral infections, and have been used to treat several diseases including some types of cancers and Hepatitis C. But there is no evidence that interferons work to treat Covid-19.