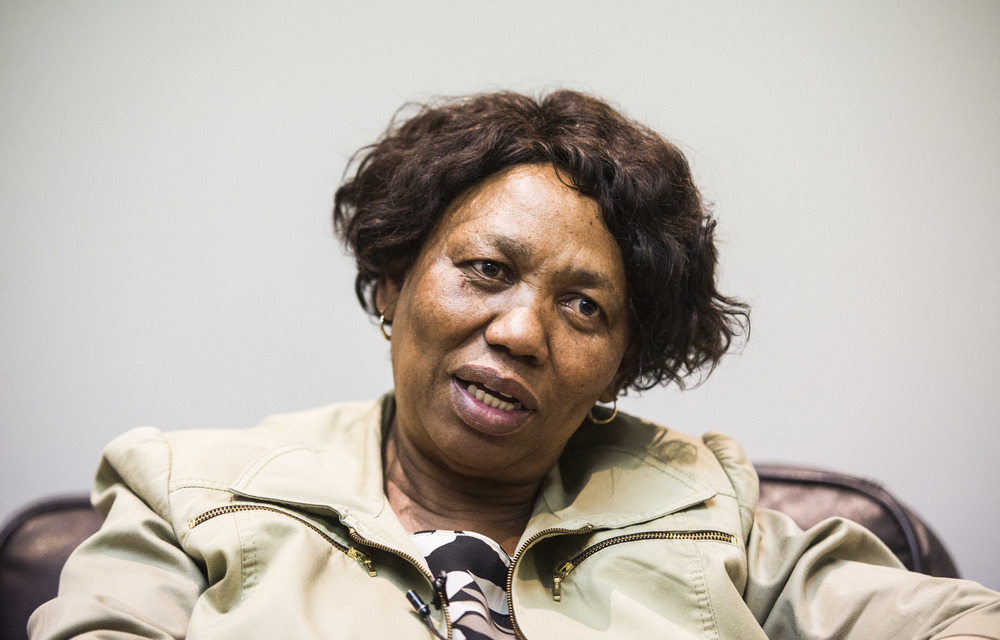 In papers filed at the Pretoria high court, Sadtu’s general secretary Mugwena Maluleke says consultations with teacher unions and other stakeholders in the basic education sector found the overwhelming view was that a rewrite was not necessary.

Mugwena also says Motshekga has not referenced any legislation to support the decision of the rewrite.

On Thursday, the Pretoria high court will hear the case of Sadtu and several learners, who have taken Motshekga, Umalusi, the department of basic education and the director-general of basic education, Mathanzima Mweli, to court to challenge the rewrite.

In an affidavit, Maluleke argues that it appeared that the National Examination Irregularities Committee (NEIC), examination panellists and forensic experts were rendered obsolete because of the threat imposed by the quality assurer Umalusi to Motshekga.

At last week Friday’s briefing, Motshekga said Umalusi had indicated that it would not recognise the results of the two subjects that were leaked.

“We can’t risk, as a sector, any situation where Umalusi disowns the results. It is too risky,” Motshekga said.

Maluleke said for objectivity Rakometsi — who is the 12th respondent in Sadtu’s papers — should not have taken part in the discussions about the leaked papers until the results were presented to Umalusi.

He said it now sounds as if Motshekga took the decision being held “at gunpoint” Umalusi.

Maluleke added that a “panic-stricken” Motshekga seemed to be “extremely fearful” of Umalusi, which had “unjustifiably entered the terrain of the exam leakage, investigation and proposed solutions”.

According to the affidavit, at a meeting held with teacher unions, other stakeholders and the department, the overwhelming view was that, because the evidence was inadequate to confirm a widespread leak, a rewrite would disadvantage the large number of candidates who did not have access to the two question papers.

Maluleke added that Hedcom had also made a “valid point” that the department and provincial departments must continue with investigations and resort to all other available mechanisms of identifying the learners who had access to the question papers. The departments must then follow regulated procedures to deal with those learners who had access to the leaked question papers. Hedcom is a forum made up of the director of basic education, the deputy directors and the heads of provincial departments of education.

“The panic-stricken first respondent [Motshekga]  imposes an unjust and psychological punishment to the entire [cohort] matric learners who wrote the two subjects simply because of the following figures under the pretext of the credibility of the results and also as advocated by the 12th respondent [Rakometsi],” Maluleke said.

No reasons for a rewrite

“The first respondent does not quote even a single piece of legislative provision that authorises her to subject innocent learners to rewrite what they have already written. This is not a surprise because no such legislative authority exists. Therefore, the first respondent’s actions are unlawful,” Maluleke said.

According to his affidavit, Motshekga has not “explicitly” set out reasons why a rewrite is necessary. Maluleke says in the absence of a “factual foundation”, it can be concluded that the decision is “arbitrary and irrational in the sense that it lacked any logical justification”.

Instead, the NEIC had conducted investigations that identified the culprits, who were then dealt with according to the regulations.

“There are basically no valid reasons why the same legal approach cannot be explored successfully,” he said.

Sadtu wants the court to declare Motshekga’s decision unlawful, unconstitutional, invalid and for it to be set aside. The teachers union also wants Motshekga to be interdicted from proceeding with the decision to have any learners who had no sight of the leaked question papers to rewrite.

The Pretoria high court will also hear from several learners who want it to declare the national rewrite unconstitutional, set it aside and interdict Motshekga from going ahead with it.

At a press briefing on Friday, Motshekga had said that a preliminary investigation said that it would be impossible to determine the scale of the leaks since the papers were shared on social media. However, the department has also established with certainty that the paper had reached 195 learners.

The learners fighting the rewrite

On Monday, the Mail & Guardian reported that four matric learners from schools in Pretoria approached the court.

The four learners were Lienke Spies and Gerhard Burger from Gereformeerde Skool Dirk Postma, Izak Jacobus Arnold from Montana high school and Christiana Swanepoel from Afrikaans Hoër Seunskool. The law firm Hurter Spies is representing the learners, and AfriForum is the fifth applicant in the matter.

In an affidavit, Lienke said the learners had learned about the leaks from media reports and a press briefing by Motshekga after they had written the two papers. Lienke said it was unfair for the department to use “collective punishment” when a large majority of the learners had not set sight on the leaked question papers.

These learners also want the court to compel Motshekga and Umalusi to ensure their answer scripts are marked and kept safely.

PWG Attorneys represent Itumeleng Samkelo Nkambule and Inam Phiwokuhle Bhembe from Ligbron Academy of Learning in Ermelo, Mpumalanga and Marne van der Merwe from Klerksdorp Hoërskool in North West. In an affidavit filed by Gerhardus Beukes Prinsloo — the learners’ attorney — he argues that matric learners have already attended year-end celebrations such as Rage. Others have gone on celebratory holidays in unidentified locations across the country and overseas.

“On the basis that the decision can be effectively and timeously communicated to all matrics, it will constitute a catastrophic increase in the risk of Covid-19 infections throughout the country,” he says.

From superspreader parties back to the exam room

Prinsloo adds that Health Minister Zweli Mkhize — who is the 12th respondent in this set of papers — has said that the events attended by matric learners are superspreaders.

Mkhize has indicated that the holiday spots matriculants gathered at after exams are now considered to have led to superspreaders events.

“It is obvious that the entire nations’ health would be placed at risk with the implementation of the decision. Infected matrics will return from the superspreader events. They will infect their classmates. All of them are about [to spend] time with family, including parents and grandparents, over the festive season. It will cause Covid-19 to spread like wildfire if it [is] correct that 90% of matrics attending the superspreader events are positive, as has been reported,” argued Prinsloo.

In a statement on Sunday, Mkhize said that several Covid-19 positive cases were traced to the Ballito Rage and that the event was a “superspreader”.

In Gauteng alone, the provincial department of health has said that 1 300 matric learners attended the rage event and that it had embarked on a mission to trace them. The department also called for these learners to quarantine for 10 days.

Department of basic education spokesperson Elijah Mhlanga told the M&G on Wednesday that the department had asked the court to combine the cases into one matter for convenience, adding that logistically it makes sense because everyone was seeking a similar outcome from the court. The case will be heard in court tomorrow for arguments.

Another reason why the case was postponed from its original date of Wednesday was to allow the department of basic education to file answering affidavits.

Previous PostING Bank Opens Up About Crypto Custody Solution at Singapore Fintech EventNext PostMass Adoption of a Digital Euro Could Be a ‘Clear Negative’ for Europe’s Banks: BofA 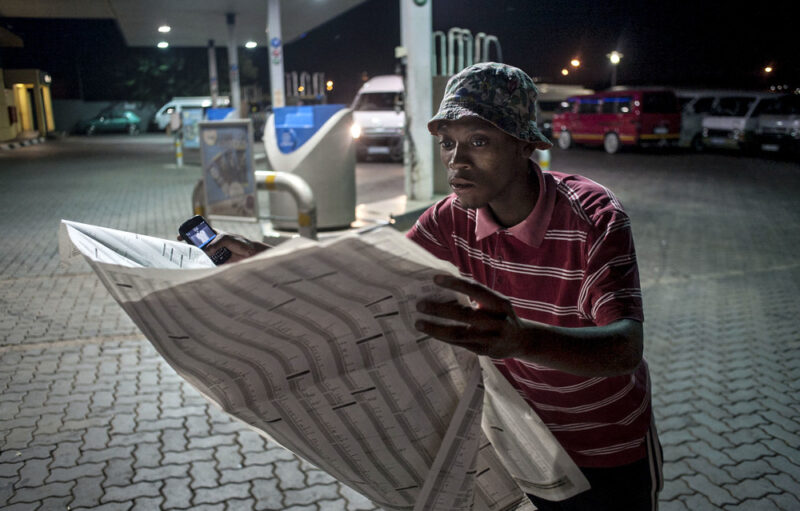 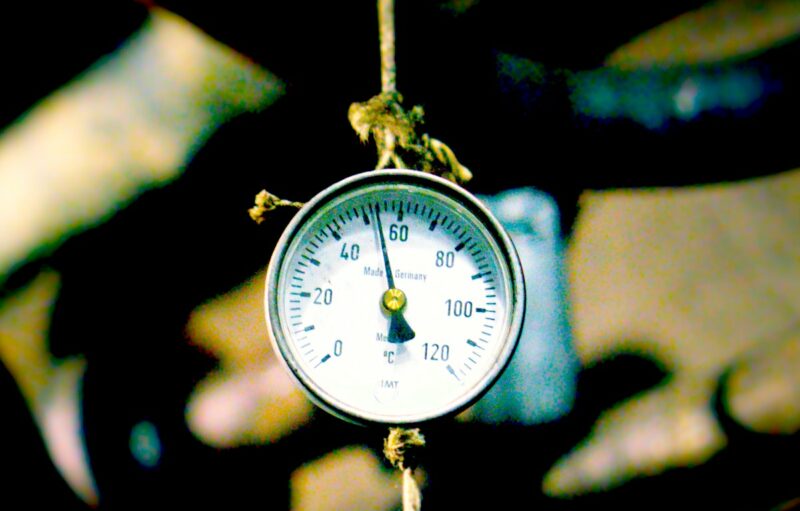