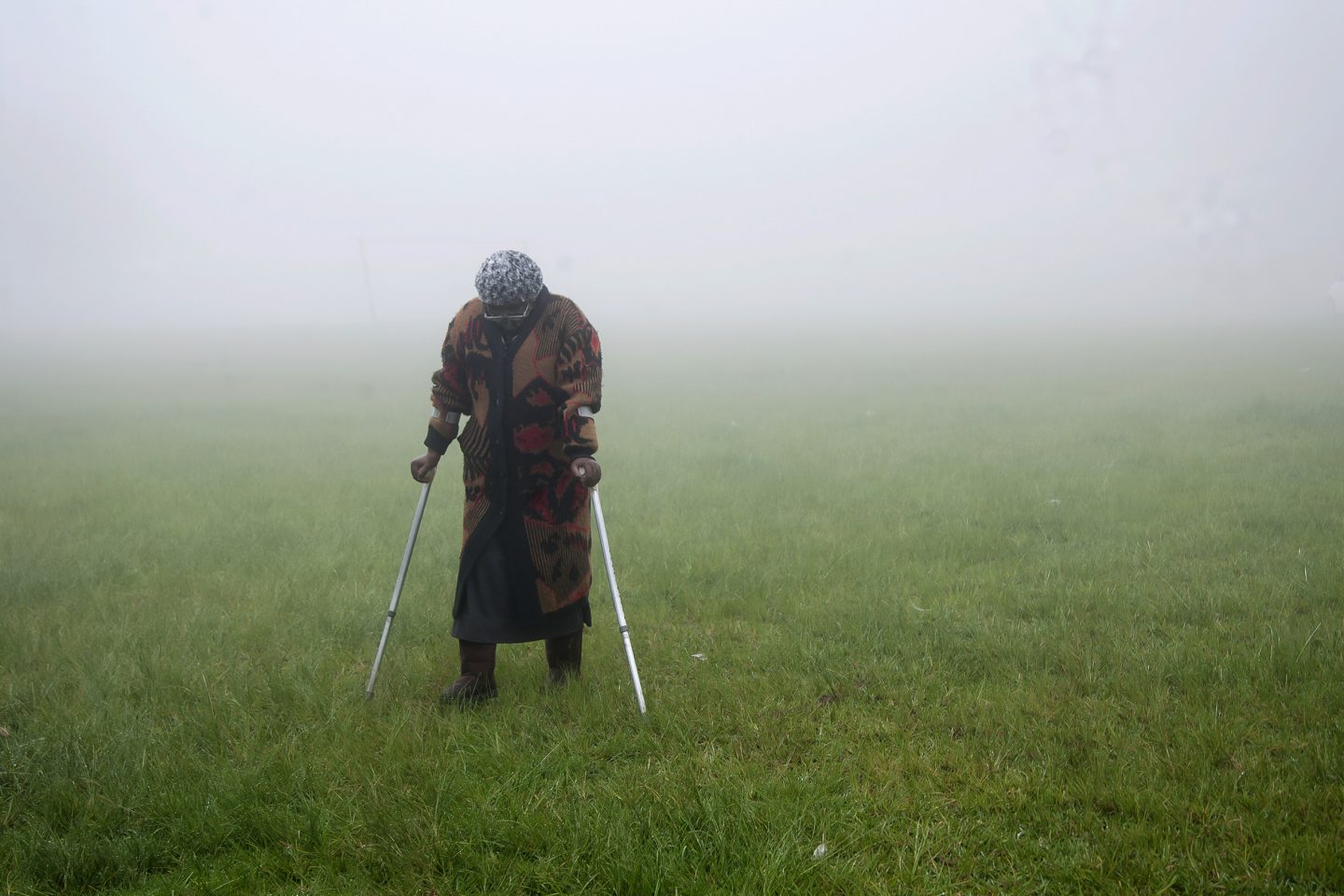 A group of mostly women say they were tricked into signing leases by the Ingonyama Trust on their ancestral land and are now seeking a high court order to declare the agreements invalid. The case is set to be heard by a full bench of the KwaZulu-Natal Division of the high court in Pietermaritzburg, from 9 December 2020.

The Ingonyama Trust and its board are respondents in the matter, as is the office of the Minister of Rural Development and Land Reform, the office of the KwaZulu-Natal member of the executive for Cooperative Governance and Traditional Affairs and the Provincial House of Traditional Leadership.

This is one of countless land disputes between rural people across the province and the Ingonyama Trust acting in concert with some traditional authorities. The vast majority of those at the receiving end of the trust’s misdeeds are impoverished women.

At present, about 2.8 million hectares of KwaZulu-Natal land are under the administration of the Ingonyama Trust Board, whose sole trustee is King Goodwill Zwelithini. This represents about 29.67% of the province’s land.

A nightmare for rural people

Critics of the trust say it is unconstitutional and unfairly treats millions of people in rural areas under its jurisdiction. Moreover, women say the trust discriminates against them on the basis of gender.

Linah Nkosi, 64, a pensioner, has been living on the three hectares of land in Maphaya Village in Jozini. It is land she and her sister acquired years ago through the traditional council, the traditional leader and izinduna (“headmen”). The Ingonyama Trust only recently demanded that every home in Maphaya sign and be in possession of a lease to the land they occupy.

When it came time to sign, Nkosi was rejected because she was a woman. She was asked to get a male relative to sign on her behalf. When she protested against this discrimination, her case was thrown out. It was only when she returned with a man, her partner Zakhele Khanyile, that she was allowed to co-sign. It did not matter to the trust that her partner did not know how the land was acquired and played no part in that process.

“They made us sign, promising that we could use our land to borrow money to build our own businesses. But a year after signing these documents they told me I owed thousands to Ingonyama Trust. When I protested that this was our land, they [Ingonyama Trust administrators] threatened to take our land away from us,” she said.

Nkosi and other villagers facing the same problem then contacted lawyers from the Legal Resources Centre (LRC) and the Council for the Advancement of the South African Constitution for help. And thus the long, complex and costly litigation against the trust began.

Nomboniso Gasa, a senior research associate and adjunct professor at the University of Cape Town’s School of Public Law, said the Ingonyama Trust Act was a last-ditch deal between the apartheid regime and the Inkatha Freedom Party on the eve of the 1994 elections. This has been denied by the party.

She said there is a need to review the act and to test whether it is constitutional. “What does such a trust mean in our constitutional dispensation?… What are the implications for people who live under it? And especially the rights of women to land.

“These leases raise a number of fundamental questions about peoples’ rights. It invalidates their customary rights to communal land. Customary rights to land are inalienable. Introducing leases is not only exploitative of poor people who live under it, it is an assault on their rights.

“The case is a first salvo in the fight for these rights. I imagine that this issue will go up to the Constitutional Court, which will give final determination.”

Lawyer and regional director of the Legal Resources Centre in KwaZulu-Natal, Sharita Samuel, will lead arguments in court on behalf of Nkosi and the eight other applicants. About the case, she said: “The LRC argues on behalf of its clients that this conduct of the Ingonyama Trust is unlawful for a number of reasons. It undermines their rights. As an organ of state the Ingonyama Trust is required to respect, protect, promote and fulfil the rights enshrined in the Bill of Rights.”

What the plaintiffs want

Samuel said they are seeking a court order that will:

Declare that the Ingonyama Trust has acted unlawfully and in violation of the Constitution by cancelling residents’ Permission To Occupy (PTO) certificates and concluding residential lease agreements with holders of PTOs and/or informal land rights.

Order the trust, upon the request of any person who held or holds a PTO right or land under the Interim Protection of Informal Land Rights Act in trust-held land to cancel any residential lease agreement concluded, and to restore full occupancy and use rights to the rights holders.

Samuels said they are confident that the court will rule in their favour and that rural people will no longer be required to pay rent on the land they have been occupying for generations.

“The Ingonyama Trust’s lease agreements require them to pay rent for land which their families have occupied for generations. We are going to court to put an end to this injustice against the poor and rural women,” she said.

It is important to note that many people in rural areas have their properties protected by obtaining PTO certificates. Although this does not confer real rights or full ownership to the occupants, it has generally been accepted that the personal rights conferred are similar to a real right.

Women face all kinds of discrimination and from all fronts – if not from the Ingonyama Trust and its administrators, then from traditional leaders working in concert with the trust. Not even those who hold title to their land are spared.

Margaret Rawlings, 65, still has a title deed signed by a Natal administrator in 1926 declaring that the Phambanisa farm she lives on in Ntunjambili village, outside Kranskop, belongs to her family.

This has not stopped a local traditional leader from partitioning parts of the land and selling it to strangers. There are about 12 illegal houses built on the land already, with families living in them.

“When I protested to the chief and asked him why he was allocating my land without even speaking to me he ignored me and continued selling and putting up other families. When I went to lodge an official complaint at the tribal court he told me in my eyes that he cannot discuss land issues with ‘a woman’ and he will do as he pleases with the land under his jurisdiction and I can go and jump at the nearest lake if I am not happy with that,” said Rawlings.

She said she has sought the intervention of everyone from the department of land and rural development to the province’s department of cooperative governance and traditional affairs.

“They have sent me to the office of Ingonyama Trust, which has also been dilly-dallying with the issue. This is happening at the time when there are people who are threatening me with death if I don’t leave this area. At other times people shoot several rounds of ammunition. But I will not leave this place and I will fight until I win. I have to fight this fight so that my children will be able to inherit the land for which my father worked very hard to buy and keep,” she said.

Thembekile Zondi, 62, was married to Shayabantu Zondi, a traditional leader in the Inadi area, about 15km from Pietermaritzburg. Her husband died in 1996 and not long afterwards a new leader was installed.

The new leader began his reign by kicking Zondi and her daughters out of the large house she and her husband had worked hard to build over many years.

“They called in the headmen and the local police to get me out of the house. I was threatened, I felt that my life and that of my young children were in danger. I was forced to go back home,” Zondi said.

Despite many legal challenges and appeals to the KwaZulu-Natal provincial government, Zondi and her children have not been allowed back into their home.

“My children and I feel like refugees who have been forced to flee from their own home and watch the usurpers enjoying the fruits of our hard work. It is painful to see people living in luxury in your own home while you and your children are suffering. But I remain hopeful that one day the tables will turn and we will go back to our home,” Zondi said.

Jerome Ngwenya, Ingonyama Trust board chairperson, has not responded to questions.