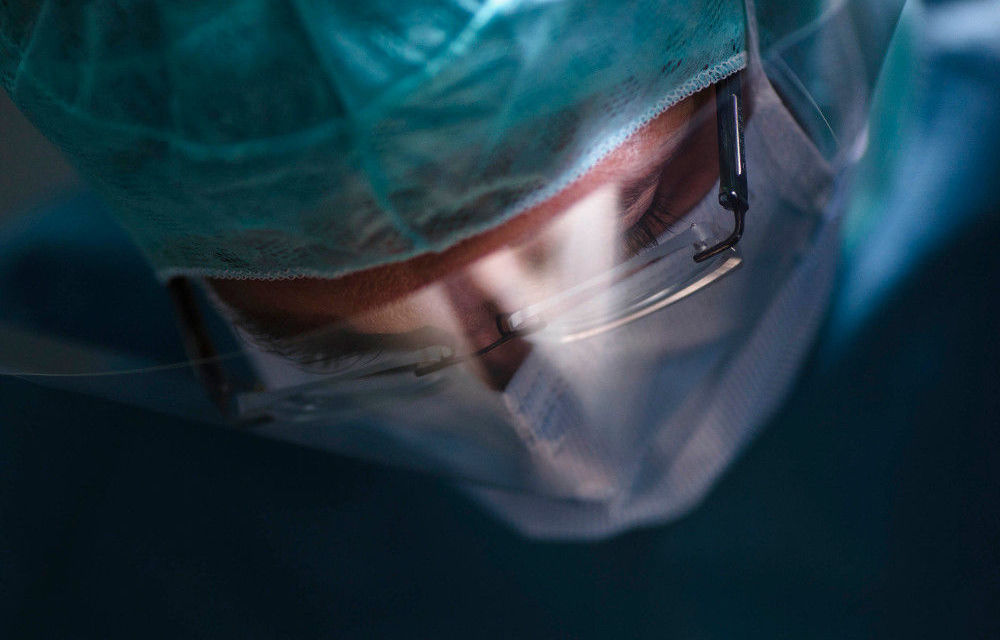 The section 59 independent investigation into complaints by black medical practitioners investigated for submitting improper claims to medical-aid schemes has found that they suffered systematic racial discrimination from three major players in the field, reflecting the persistent schisms of the country’s political past.

“Our constitution regards the form of unfairness that we have found to exist as constituting unfair racial discrimantion,” the panel, headed by advocate Tembeka Ngcukaitobi, concluded its interim report released on Tuesday.

The report was released shortly after the Government Employees Medical Scheme (Gems) failed in the Pretoria high court to secure an urgent court order preventing the panel from publishing its interim findings. The other two medical schemes cited in the report are Discovery and Medscheme.

The panel investigated allegations of racial profiling of medical practitioners that stemmed in part from the existence of a blacklist compiled by Gems of providers that its members were barred from consulting. On those listed, 94% of general practitioners were black, as were with 100% of social workers.

The panel drew its name from section 59 of the Medical Schemes Act, under which the schemes can claw back funds from practitioners who commit fraud, waste and abuse (FWA) by claiming for services never delivered or unnecessarily performed.

It concluded that between 2012 and 2019, all black (including Indian) practitioners were 1.4 times more likely to be fingered for wrongful or wasteful claims than white counterparts, and that discrimination was both a determining factor and an outcome of the manner in which schemes decided where to focus their investigations.

Black psychologists and black social workers were three times more likely to be found to have committed fraud, waste or abuse.

“The probability that this distribution occurred by chance (ie, that there is no correlation between racial status and FWA outcomes) is for all practical purposes zero,” the report concludes.

A submission from the Health Professions Council of South Africa (HPCSA), quoted in the report, argued that although medical schemes say their investigations were prompted by whistleblowing and automated warnings, based on algorithms of outliers in which race does not feature, the playing fields were inherently uneven in that black practitioners serving poorer communities tended to be contracted in to medical-aid schemes.

By and large, this does not apply to non-black (the term favoured by the report) doctors in wealthier parts of the country, whose patients pay upfront. These did not submit claims to receive their fees and their livelihoods were less immediately affected by investigations by the medical schemes.

“So you don’t need a racial matrix to get the racial information. The natural settings of South Africa will do the racial profiling for you,” the HPCSA submitted.

Speaking after the release of the report, Ngcukaitobi said it was clear that the elective process alone inevitably contributed to a slanted outcome.

“Even if it is silent on race, it is patently obvious that the demographics of the chosen geographic areas or fields of practice would lead to findings against a preponderance of black doctors and other healthcare practitioners,” he said.

In 2016, Gems, for example, focused on KwaZulu-Natal because of a sharp increase in claims.

“No one ever admits to racial discrimination … I don’t know if these people are just tone deaf, but it is obvious that if you focus on Kwazulu-Natal you will be investigating mainly Indian doctors, whereas this will not be the case if you focus on Pretoria,” he said.

“Likewise, if you investigate physiotherapists, the reality is that the majority of them are African women.”

He rejected explanations from medical schemes that the decision of who to investigate owed much to their limited resources, saying that they had liberty to spend those resources on a probe in, say, Sandton rather than elsewhere, should there be suggestions of abuses in the wealthy enclave with a majority of white practitioners.

How the system cast out professionals

Ngcukaitobi pointed out that because blacklists such as those of Gems were circulated between schemes, exclusion from one likely meant exclusion from the rest, resulting in a particular practitioner being cast out of the profession.

The report deals with complaints from medical practitioners that the manner in which section 59 investigations are handled often felt akin to bullying and that they were effectively “blackmailed”  into signing unfair agreements to repay medical schemes, simply so as not to forego all further payments.

One testified that neglecting to submit “one page” from his patients’ files appeared to lead to an assumption that he had committed fraud. Another said he signed an admission simply to ensure he could “put food on the table”.

The 332-page report explicitly accepts that fraudulent claims were a real and daunting problem for medical schemes, and that they resulted in the loss of billions of rands annually.

What the evidence can and can’t prove

But the report concluded: “We have found that some of the current procedures followed by schemes to enforce their rights in terms of section 59 of the Act are unfair.

“We have also found that black providers are unfairly discriminated against on the grounds of race.”

However, the report made the pointed distinction that the unfairness was not found to be a deliberate practice, but was nonetheless present in the resulting outcomes.

“We believe that it is important to stress that we have not found evidence of deliberate unfair treatment — the evidence shows the unfair discrimination is in the outcomes.”

Ngcukaitobi said the panel found itself in position of being presented with anecdotal suggestions of bias, such as the doctors who testified of feeling intimated in the course of being investigated, but, through its probe, “manage[d] to validate the anecdotes” of discrimination.

The panel’s work was inquisitorial and the report points out that it did not have the power to apportion guilt, or the brief to establish the veracity of all the testimony it heard of unfair treatment.

“But we would be failing in our duty if we ignored the degrading, humiliating and distressing impact of racism against the individuals who testified before us,” the report states.

“We also do not claim to have explored all possible manifestations of racial discrimination and unfair procedures. But we have received sufficient data and information to make informed and reliable conclusions of the patterns of conduct by the schemes. In certain respects, our conclusions — which are evidence-based — accord with individual experiences.

Fissures of the past that remain unresolved

Gems, Discovery and Medscheme have been given until early March to provide formal input on the interim report, and the panel is expected to publish its final report fairly soon after that.

The interim findings name Discovery as 35% more likely to identify black practitioners as having committed fraud, waste or abuse. At Gems this rose to 80% and at Medscheme to 330%.

The interim report acknowledges that its findings carried an “emotional and reputational charge”.

But it goes on to add, mindful perhaps of the possibility of further legal steps by the schemes, that South African law has a wealth of constitutional jurisprudence on the right to equality.

The recommendations of the final report will not be binding, but for the Medical Schemes Council, which commissioned it, to implement as it may see fit.

“Rather than conclusive, our findings will hopefully provide a basis for the necessary reconstructive work which must be undertaken by the role-players in the medical schemes industry,” the panel said.

“We do not see the issue as a binary conflict between schemes and providers, but as reflective of fissures of the past that remain unresolved.”