bit2Big > Africa News > Q&A Sessions: Kimi Makwetu on when you hear the money ‘crying out for help’ 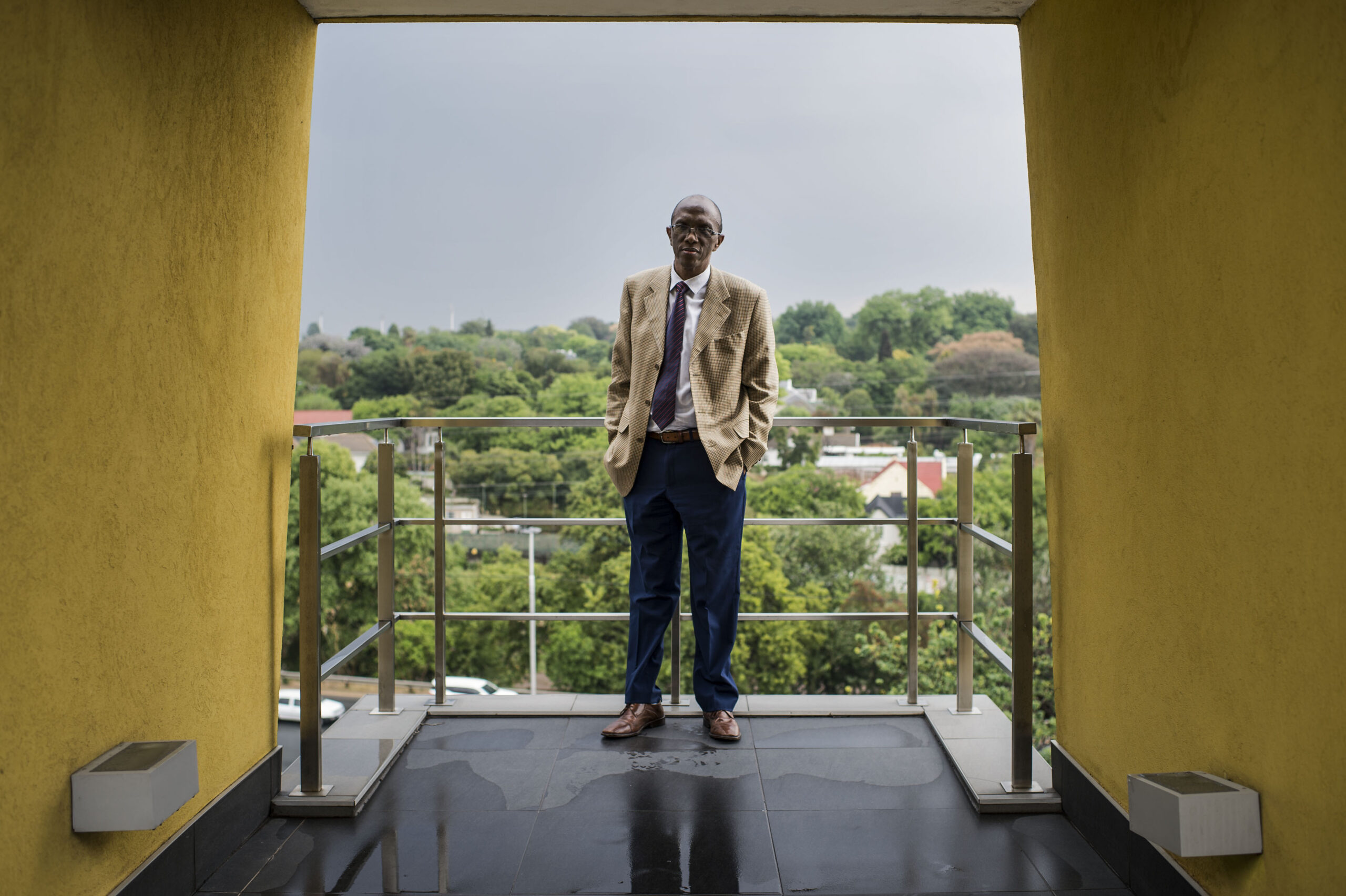 For more than 80 months at the helm of the auditor general’s office, Kimi Makwetu  has been looking forward to watching his sons play cricket, visiting his home in Cofimvaba and taking a break from all the irregular, wasteful and fruitless expenditure. However, he knows it will only be for a short while, because his ancestors won’t allow him to simply retire while there is so much more work to be done.

Why haven’t we had such an open access sitdown before? Were you afraid of the questions I would ask?

Of course not. I have told my team that I do not want to be like Michael Jackson, to the point where every channel people turn to, there I am. Remember when that song came out, he was on every channel, singing bede bede [beat it, beat it]. I don’t want to be that person. I would rather deliver my reports and go back into the shadows and do my work. There is a lot of it.

After about 84 months in the job, what is the one thing that has stuck with you?

In about 2013, we could see that there was a certain level of financial discipline with the measures instituted by the treasury and the work the auditor general’s office was doing. The system was not good, but there were processes in place; we had evaluating tools and could track a lot of what was happening.

It was scary to watch how this changed. Oversight systems were being reversed so quickly, and supervision was regressing fast. Huge amounts of money were slipping through. This happened in a very short period. Monies were being dispersed to third parties that had nothing to do with the state or the suppliers.

Are you referring to contracts such as the Vrede Dairy in the Free State and Giyani Water?

For instance, the asbestos project. People came to check the houses and all they did was to peer over the roof and then got into their cars and drove away. This was the level that the oversight processes had regressed to. People were paid millions here.

How do you stop this? Civil society has become more upset at every occasion you present your findings because it is the same story of money being wasted or missing.

Back in 2009, 2010 and 2011 was the persuasion era, when [former auditor general Terrence] Nombembe visited every province in the hope of instilling accountability. When I attended these meetings, you could see that some of the presentations were simply rehearsals. People were told to say this and that.

In the first few years, the team and I realised that we needed to mix persuasion with something else, such as legal ramifications.

Hence we embarked on the amendments to the Public Audit Act. We had to show Parliament over a three-year period that the outcomes were becoming worse. There were ever-escalating levels of irregular expenditure. Year in and out, the outcomes deteriorated and we couldn’t keep watching this happen. Accounting officers now know that if they do not address the oversight issues it will hit them in their own pocket. It is using the law with a bit of persuasion.

Your language in how you describe the plunder has evolved over the years. You are more frank and direct: Why is that?

It takes time to discover our ignorance. I have come to learn that I am not speaking only to accountants or economists when I deliver the results. So I cannot use the jargon to describe the daring behaviour that we see in the entities we audit. The language has to be understood by that man who opens up a tap and no water comes out. Those are the people the Vhembe district irregularities affect and they also need to understand what I am saying.

My language has changed over the years because of the strengthening I get from civil society. I felt I was not shouting alone here, there were many other voices — some not so loud, but they were there.

Several high-profile arrests have happened and there will be more in the next few months. For years, your team has released reports about processes that were not followed in awarding some of these tenders. Did you think this would ever happen?

Those dishing out accountability at this time feel that arrests are what is needed.

Our reports are very clear about what should happen, based on what we have found. There must be consequences. The arrests are a culmination of things, including the work of law enforcement. And, naturally, that is how it should work: that we do our bit and highlight these irregularities and the law enforcement teams conduct further investigations and arrests. If they need us to clarify any issues, we will.

One thing we found in some of these contracts was that they are long term. We, for instance, picked up that the adjudication of the contract was flawed in the first place and anything else that flows from there is compromised. Many of these contracts usually have many extensions, variances and balloon [payments].

There is a lot of red tape in holding perpetrators who siphon state accounts to account: Why?

Laws of natural justice. We cannot rush any of these processes. Once someone takes it to court, because they have all kinds of rights, we need to prove that we gave them sufficient time to respond to the concerns we raised before we issued them with a certificate of debt. The current amendments have a collective subtlety, [through which they] insist on holding [people] accountable.

For retirement, do you see yourself buying a farm in Magoeboeskloof?

I will still be involved in various ways in the sector. There is still a lot of work to be done. If I simply went home and retired, my ancestors would come knocking and tell me to go back to work. I need to keep doing what I can while I still can.

However, I need to claim a bit of space for myself first. The job of the auditor general has taken 84 months of my life and it has been quite a busy programme, to be honest.

In two months, your time is up. Are you sad, are you relieved and what would your advice be to your successor?

Nombembe told me to always ensure my eyes are focused on the independence of the office. This is key in everything we do. Also, the professional competence of the team must never be undermined.

As the auditor general sitting at the top, you are alone. You do not have a committee: everything is on you, so I would advise the incoming incumbent to ensure that they have sufficient trust in the team. You must try to be as independent as you can. Most importantly, you need to seem to be independent at all times. It helps you sleep much better at night.

Previous PostBitcoin News Roundup for Oct. 7, 2020Next PostGoogle Cloud Does Not Intend to Take EOS Rewards as a Block Producer