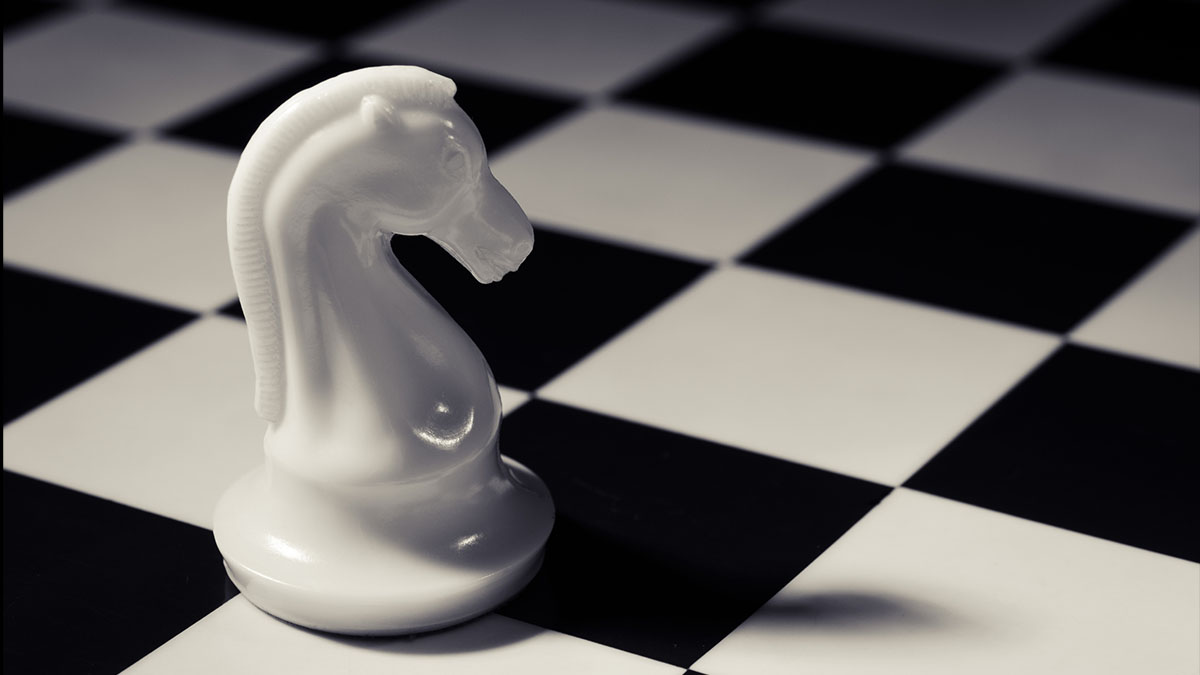 When he first presented his research on Satoshi’s alleged treasure trove of untapped Bitcoin in 2013, Sergio Demian Lerner was met with a fair amount of pushback. Opponents felt that attributing some 1 million BTC to its creator would be “prejudicial to the adoption of Bitcoin” and anathema to the “acceptive narrative” of Satoshi as a benevolent creator, Lerner told CoinDesk.

Lest the image of Bitcoin’s immaculate conception be tarnished, Satoshi’s coins were better left untouched, both literally and empirically through research, the detractors argued.

That didn’t deter Lerner, though, who didn’t buy what he called the “feeble arguments” that these coins were simply lost to the wallet amnesia of early Bitcoin adopters.

So the IOV Head of Innovation and RSK designer has spent the past seven years decrypting the mystery of how many coins Satoshi may have mined and why his mining technique differed from his peers’ methods in Bitcoin’s early days. Lerner’s “weekend project,” as he calls it, has spawned a body of supporting research from anonymous community members, the research team at BitMex, Kim Nilsson and Jameson Lopp, among others.

Collectively, Lerner et al. have chipped away at the mysteries surrounding the hoard of some 1.1 million BTC mined in the first two years of the network and which remain stashed away, untouched. While most believe the $12.65 billion horde belongs to Bitcoin’s pseudonymous founder, Satoshi Nakamoto, Lerner ascribes it to “Patoshi.” It’s Lerner’s way of signaling that, even with painstaking research, we cannot be 100% sure these coins belong to Satoshi.

Read more: 50 BTC Just Moved for First Time Since 2009 – But It Doesn’t Look Like Satoshi

Caveats aside, most researchers assume the Patoshi pattern, as it’s called, represents Satoshi’s mining activity.  And while the total number of coins under Patoshi’s control has been subject to debate over the years as new evidence has come to light, this empirical researcher has led to other, more philosophical findings.

Principally, Satoshi’s mining activity in the early days was likely motivated more by ideology than by profit.

“I’m looking for the truth, and with the forensic evidence we have today I’m more convinced than ever that Satoshi cared about the network security much more than becoming bitcoin rich,” Lerner wrote to CoinDesk over email.

His sentiment speaks to the results of his latest (and potentially final) research regarding the Patoshi pattern.

Most recently, Lerner decided to do something he originally wrote off: re-mine Bitcoin’s first 18,000 blocks with the hope of churning up new data on how Satoshi mined.

When he originally cooked up the idea in 2014, Lerner “assumed that Patoshi would be using a software to mine Bitcoin similar to the public code in the first Bitcoin release.” But as his (and others’) research colored in the gray area of unknowns surrounding the Patoshi pattern, Lerner learned Patoshi’s mining “software was nothing like the public [software]” other early miners were using.

The degree of difference between Patoshi’s setup and everyone else’s is at the core of Lerner’s recent research. One theory is that Patoshi was using 50 or so CPUs together in a less powerful, proto-form of the pooled mining that dominates Bitcoin’s ASIC-fueled mining landscape today. The other theory, which Lerner’s research corroborates, is that Patoshi was using a hashing technique known as multi-threading.

In Bitcoin mining, multi-threading is a process whereby a miner can search for multiple nonces at the same time (a nonce is the cryptographic number that miners are searching for when mining for a new block). This is accomplished either by using each core processor in a CPU individually to search for a block’s nonce or by processing multiple nonces through a Streaming SIMD Extensions (SSE) instruction, a technique for intensive computer processing.

Put simply, instead of using the CPU to do one sweep for the nonce, Patoshi used his CPU to conduct multiple sweeps.

Lerner came to this finding by re-mining the Bitcoin blockchain’s first 18,000 blocks. The idea is to re-scan the blockchain to find all of the nonces (solutions) that Patoshi did, while also discovering all of the solutions that they did not find (technical note: it’s possible that each block has more than one solution).

When this process is repeated thoroughly, Lerner explained, it gives you an idea of Patoshi’s own hashing patterns.

“What I did is to uncover all solutions for every block in the first 18K blocks in order to detect the scanning direction of the algorithm Patoshi used,” he explained.

More specifically, Lerner discovered Patoshi’s mining algorithm typically found higher value nonces rather than lower value nonces. This reveals “the order in which the nonces were tested,” Lerner said, lending credence to the theory that Patoshi was multi-threading to search for multiple nonces simultaneously given the pattern is unique to the blocks Patoshi mined.

“That’s why we know Patoshi used a more powerful system than the rest. Not because he had a super-computer, but because he used his computer better,” he told CoinDesk.

Mining for the common good, not for the goods

Lerner mentions in his research that Patoshi’s mining logic “is the opposite [of] the Satoshi client version 0.1,” the original mining software released with Bitcoin Core 0.1.0. In fact, the multi-threading Patoshi was using wasn’t integrated into Bitcoin’s mining script until 2010, Lerner told CoinDesk.

So, assuming Patoshi is Satoshi, why did Bitcoin’s founder not bake multi-threading into Bitcoin’s initial client release? Looking back to Lerner’s second-most recent findings may help us find the answer.

In June, Lerner pointed out that Patoshi “reduced his hashrate in several steps during the first year” and that it’s likely he turned off his miner for five-minute intervals each time he mined a new block. Patoshi took these measures, Lerner posits, to foster healthy competition and to make sure he didn’t hog all the new blocks.

Conversely, he may have multi-threaded in the early days to keep the network ticking, picking up the slack when blocks were not being mined on schedule, Lerner told CoinDesk.

“I support Lopp’s thesis that Patoshi cared about the network security much more than the number of bitcoins mined. It seems he turned his miners only when the network wasn’t producing blocks at the expected rate. It was also proven by OrganOfCorti that Patoshi reduced his hashrate on purpose on several occasions to let others mine more blocks, when he thought there was enough diversity of miners.

“I conclude that the most plausible explanation is that he was protecting the network.”

On Twitter Casa CTO Jameson Lopp pushed back against the notion that Satoshi’s mining advantage was leveraged in self-interest. Quite the contrary, Satoshi’s more sophisticated mining process likely protected the network in the early days when there were so few miners actively participating in block propagation. With so few actors on the network, Satoshi could have been playing watchdog to make sure the network was strong enough to sustain itself before allowing his mining activity to wane.

Lerner agrees with this explanation, calling his recent research “life changing” for the understanding it has given him of Bitcoin’s founder and its earliest users.

“The research on how Patoshi proceeded to decentralize Bitcoin taught me a lot about ideals. The first Bitcoiners were believers who cared a lot less about money that we all care now. Most of them mined to help the project see how far it could grow against all odds. Most of them donated bitcoins, received and paid with bitcoin to show its potential and never bother to speculate. Some of them mined just for fun.”

The fun may be done for Lerner, though, who told CoinDesk that his years-long weekend project is drawing to a close with his recent findings. He’ll instead turn his energy toward the work RSK and IOV are conducting in the realm of Bitcoin sidechains.

As for other outstanding mysteries his research didn’t solve – like the double-helix pattern Patoshi’s hashing strategy created from blocks 1400 to 1916 – he’ll leave these to the community of gumshoes who have contributed to the Patoshi research thus far.

Because for Lerner, perhaps the most pressing question – and the one that caused so much pushback when his research began – has been answered: namely, why Satoshi mined so many coins in the early days, and why he had to use techniques that weren’t available to the rest of the fledgling Bitcoin community.

“I think the discovery of the Patoshi pattern led to a more coherent conception of Satoshi as the person or group that was prepared to guard the network against 51% attacks during the first years, focusing on the long-term sustainability of the project and without selfish economic interest nor trading activity.” 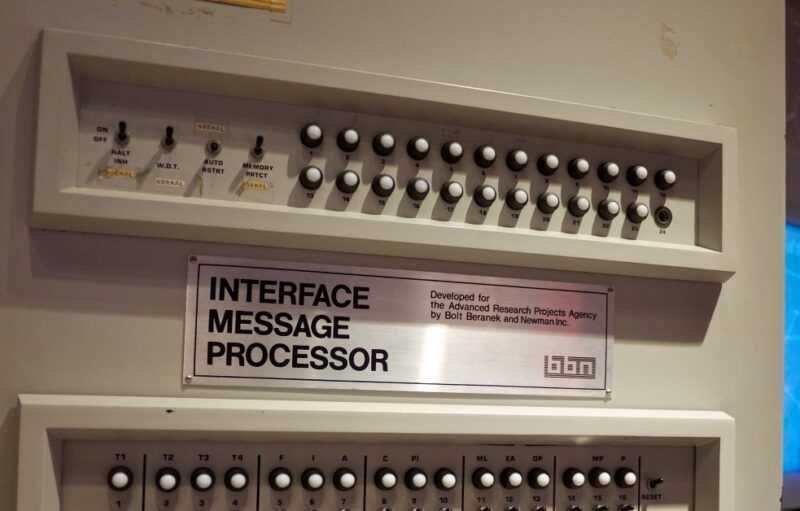 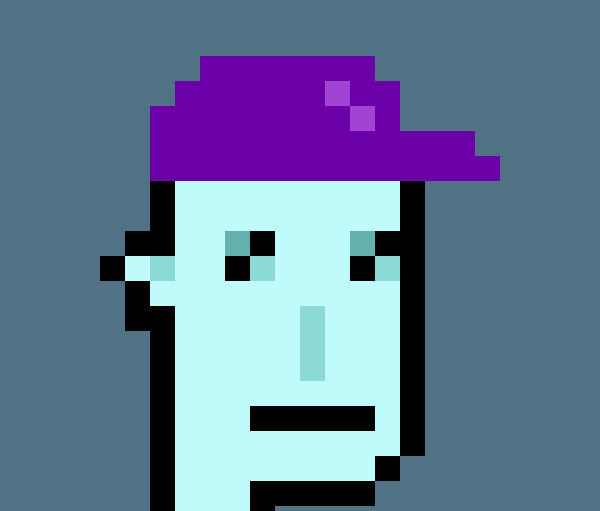