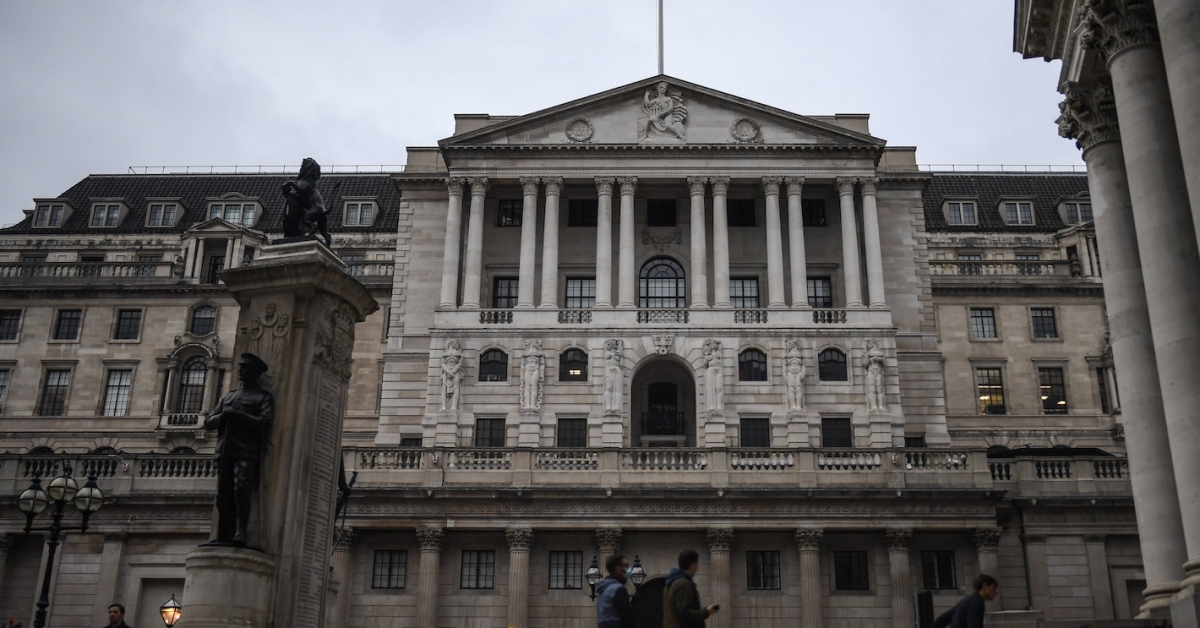 It has become clear by now that central bank digital currencies, or CBDCs, will be in our future and the technology will fundamentally change the use of money and the economic system as a whole.

The world’s biggest economies and their central banks have announced they are working on CBDCs: the U.S. Federal Reserve, the Bank of Canada and the European Central Bank are trailing behind the People’s Bank of China, which already is testing its CBDC with more than 50,000 citizens. The Bahamas issued its central bank digital currency – the “sand dollar” – in October.

Dr. Wolf von Laer is the CEO of Students For Liberty, an international educational non-profit operating in over 100 countries. He holds a Ph.D. in Political Economy from King’s College London and a Master’s in Austrian Economics from Universidad Rey Juan Carlos.

CBDCs promise faster settlements, better security, ease of use, instant implementation of monetary policy (if you consider that an improvement) and transaction costs that are lower than cash. In the future, these advantages will be stressed ad nauseam by pundits and politicians to make the technology palatable to the whole population.

While all of the advantages are true, it is also crucial to think through the implication of the technology and how it could negatively affect the economy and the citizenry. There are different types of CBDCs with varying degrees of risks, and it’s important to understand the subtleties of these systems. However, all CBDCs need to be centralized and manipulatable to some extent because otherwise monetary policy would not be possible.

As a contrast, Bitcoin is booming due to its decentralized, open, public, borderless, neutral and tamper and censorship-resistant properties. Depending on the type of CBDC, CBDCs can become the exact opposite, especially if central banks offer accounts to the public at large, implementing what is known as a direct model of CBDC.

This article outlines four scenarios of how CBDCs have the potential to undermine economic stability and eradicate privacy.

Centralizing power in the economic system

Governments are fallible. In the U.S., think back to the launch of healthcare.gov or federal- and state-level breaches involving sensitive data in more than 300 million cases in the last 10 years. With CBDCs, the whole economic system could be brought to the brink by bad updates or data leaks of the centralized ledger, which won’t be protected by proof-of-work in the same way as Bitcoin. For Bitcoin, it took a decade to build a robust decentralized computing power to assure the integrity of the blockchain. Governments won’t go to such lengths, and they need to rely on different, more fragile ways of protecting the centralized ledger.

Government tends to collect as much data about its citizens as they can get away with. This happens under the guise of safety, as in the governor of the state of Michigan’s decree to document every customer’s personal information to contain the spread of COVID-19 or under the pretext of nudging people to become model citizens in the case of China. Imagine a social credit scoring system coupled with a CBDC. All your purchasing decisions could influence your score on which you depend for everything. Donate to the “wrong” non-profit like WikiLeaks? Whoops, you cannot purchase train tickets anymore. Bought some interesting adult toys for your spouse? Oh no, your credit score might drop, or your application for the government job does not get accepted.

What sounds like a far-fetched dystopian nightmare is already a reality in China. If you hang out with the wrong crowd, your citizen score, which is crucial for purchases, jobs, travel and so much more suffers. Pair this level of surveillance with the ability to track any purchasing decision you make and you have the perfect recipe for Big Brother on crypto-steroids.

End to the informal economy

More than 60% of all jobs around the world operate in the informal economy. This results from the lack of free-market institutions like the rule of law, property rights and stable money in many developing countries. But even in developed countries like the U.S., the informal economy plays a huge role. Here the International Labor Organization estimates there are at least 30 million jobs that rely on the informal market. That’s a lot of livelihoods threatened by CBDCs. The informal economy includes innocuous things like paying your neighbor to fix your roof or paying a teenager to take care of your yard.

Many activities we all engage in fall within the informal economy, and they are efficient. They make life easier, they overcome useless red tape and they save money. The government does not like this because it cannot generate tax revenue. Having a government ledger that tracks every transaction would make it virtually impossible to do anything within the informal economy, and a huge chunk of the 30 million jobs would vanish. A CBDC paves the way for a cashless society, which is very much in the government’s interest. Thus, it could be the end of informal markets, which are often a safe haven for many people in light of an ever-expanding regulatory state.

Admittedly, the pandemic has made central banks’ work almost in unison with fiscal policy. Governments “stimulate” the economy like never before. Of course, they run massive deficits doing that. Due to depressed interest rates, bond yields are historically low and demand for bonds is low. Normally, what happens? Governments would not issue as much debt. But governments do not have to worry if there is infinite demand produced at the push of a button by the Fed. The Fed predominantly buys all of the new debt and then some in secondary markets. This is an indirect monetization of government debt.

Now, CBDCs could completely do away with fiscal policy. Central banks could immediately generate cash and hand it out to small and medium-sized businesses. People with higher savings could get higher interest rates than the ones who do not save. Fiscal stimulus and a multi-layered interest rate approach are all possible when the government has all of your financial data. Governments will argue this is highly beneficial. Still, it bears the danger of manipulation, economic mismanagement and leads to an even faster monetization of government debt, the cost of which we all have to face by holding money with less and less purchasing power.

There are many more reasons to be wary of CBDCs, but I hope this article encourages you to think through this technology’s effects and what it means for you and your future.