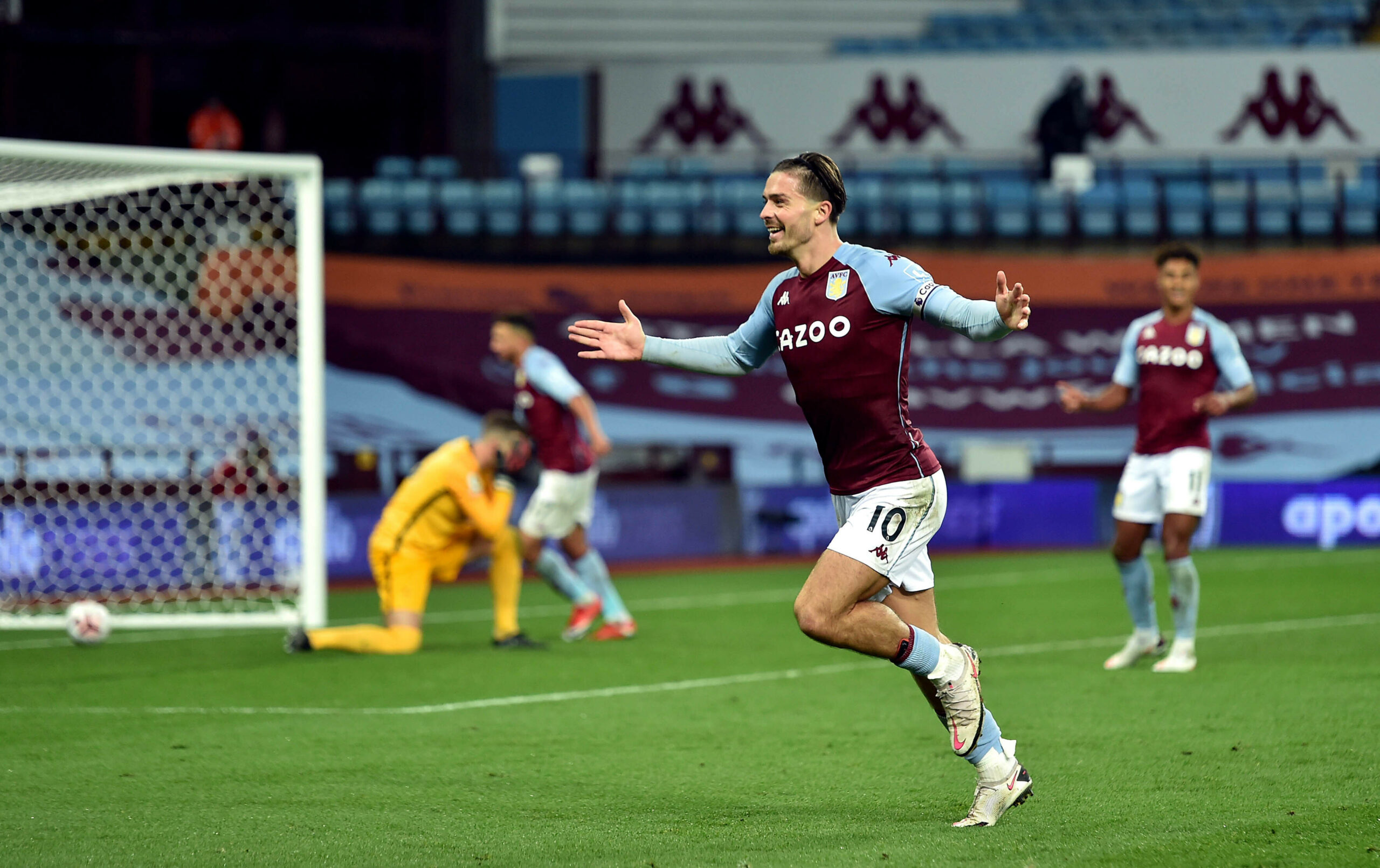 It was with the sweetest of dinks that Jack Grealish made history on Sunday. Having immaculately timed his run — in the process hoodwinking stumbling pursuer Trent Alexander-Arnold — he faced up to Adrián in the Liverpool net, waited for him to blink first, and calmly sent a seventh goal of the afternoon past his despairing figure. A disbelieving Mohamed Salah, hand over his mouth to prevent any unwanted lip-reading, called on his cohorts for an answer but none was forthcoming. By that point, their fate — and history — had already been sealed.

Football observers often call on the precedents of the past in hyperbolic terms, but not this time. In one deft touch, Grealish and Aston Villa broke several Premier League markers and records.

For starters, it was the most severe humbling we’ve ever seen inflicted on a defending champion — none have ever conceded seven goals. You’d have to go back to 1953 for the last time any title-holder shipped as many.

Likewise, Liverpool itself hasn’t seen that many goals go against them in a league match since 1963. According to stats company Opta, it was also the first time in the modern era that a player (Grealish) had a hand in five goals against the Reds.

In the bigger picture of goal-scoring, it was the final swing of the brush in a mad opening month. It was the 144th goal scored so far — an average of 3.79 goals a game. This time, you’d have to travel back to 1930 to find an equivalent.

Of course, none of these numbers will come as a surprise to anyone that has followed the absurdity of the opening games, which have seen shock results aplenty. Manchester City was spanked at home, Manchester United was smashed for six and West Ham United might not be rubbish after all.

Something is in the water, and it’s not too hard to guess what. Fatigue, the lack of a pre-season, quick turnaround times, a restricted transfer market … these are all ingredients to the anarchic kick-off we’ve had the pleasure of watching.

A more intriguing question is: Just how long will this continue? Are the big boys going to settle down and put an end to these silly scorelines? Or can we expect the irreconcilably rushed nature of this season to continue to have an effect?

It’s hard not to see the next few months play out as statistical anomalies, challenging some of the notions we hold of the sport.

For starters, we can finally begin to collect a real pool of data on the effect of crowds, or rather their absence. It’s long been a pet project of economists and academics to attempt to work out exactly where the home advantage comes from. The familiarity of the dressing room, the awareness of the pitch, less distance travelled, even a night spent in one’s own bed. There are a number of factors that surely contribute to the edge playing in your own stadium offers.

But in their book, Scorecasting: The Hidden Influences Behind How Sports Are Played and Games Are Won, Toby Moskowitz and Jon Wertheim found there is one overriding factor: referee bias. Officials, the authors found, are not the obdurate vessels immune to the baying of bloodthirsty spectators that we are led to believe.

Rather they, as human beings, will lean towards pleasing the tens-of-thousands of people chanting about causing them physical harm. Of the sports the authors used for the study (admittedly all based in the United States), soccer enjoyed by far the biggest home advantage (69.1%), with basketball a distant second (60.5%).

Purists may well be inclined to disagree with that conclusion, perhaps because it diminishes the magic we believe certain grounds to possess. Now, we’ll find out if there’s something to that intuition; although, with the early evidence of City’s thorough loss at home to Leicester and United’s embarrassment at the weekend (in which the referee went against them), there undoubtedly is something missing.

The loss of fans, mixed with the anarchy we’ve seen pervade these early days, promises a season unlike any other. That could mean far more than a handful of shocking results every other weekend.

If one had to peek into the mind of Everton boss Carlo Ancelotti, for instance, would we see the fantasy of a title run being played on repeat? After all, why wouldn’t he increasingly begin to view that as a realistic objective? With losses being dished out willy-nilly, any team that could keep it together for an extended spell may instantly grab the advantage.

Ever since the money bags dropped into City’s lap and the top six was born, one of the more interesting narratives of the Premier League has been the attempt to release the stranglehold on those spots.

The Wolves and Sheffield United have come close, but only Leicester have been able to penetrate. Now, under this new climate of uncertainty, there may be no better chance for some clubs to shake things up.

Then again, what makes conductors like Pep Guardiola and Jürgen Klopp so masterful is their ability to swim towards consistency even in the most violent of maelstroms. It wouldn’t be smart to discount the more boring possibility of routine setting in once again. But if the madness continues for a few more weeks, beginning with a victory for the blue half of the Merseyside Derby, then chaos may well be the only certain winner this term. 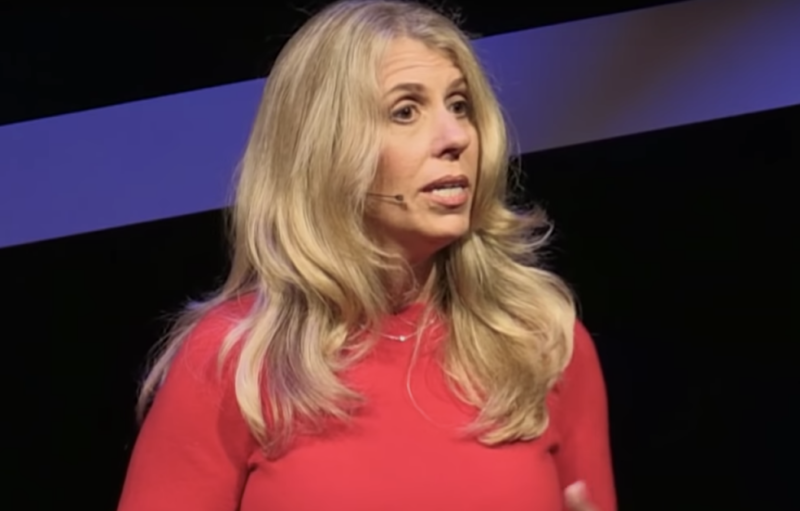 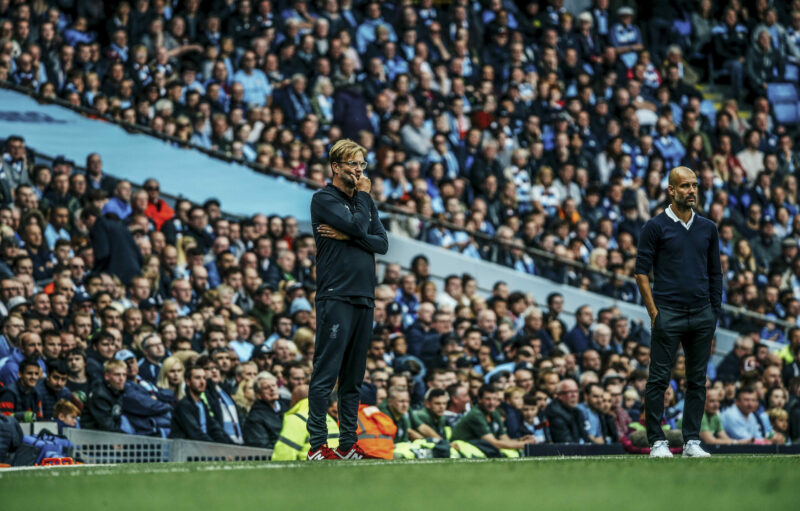