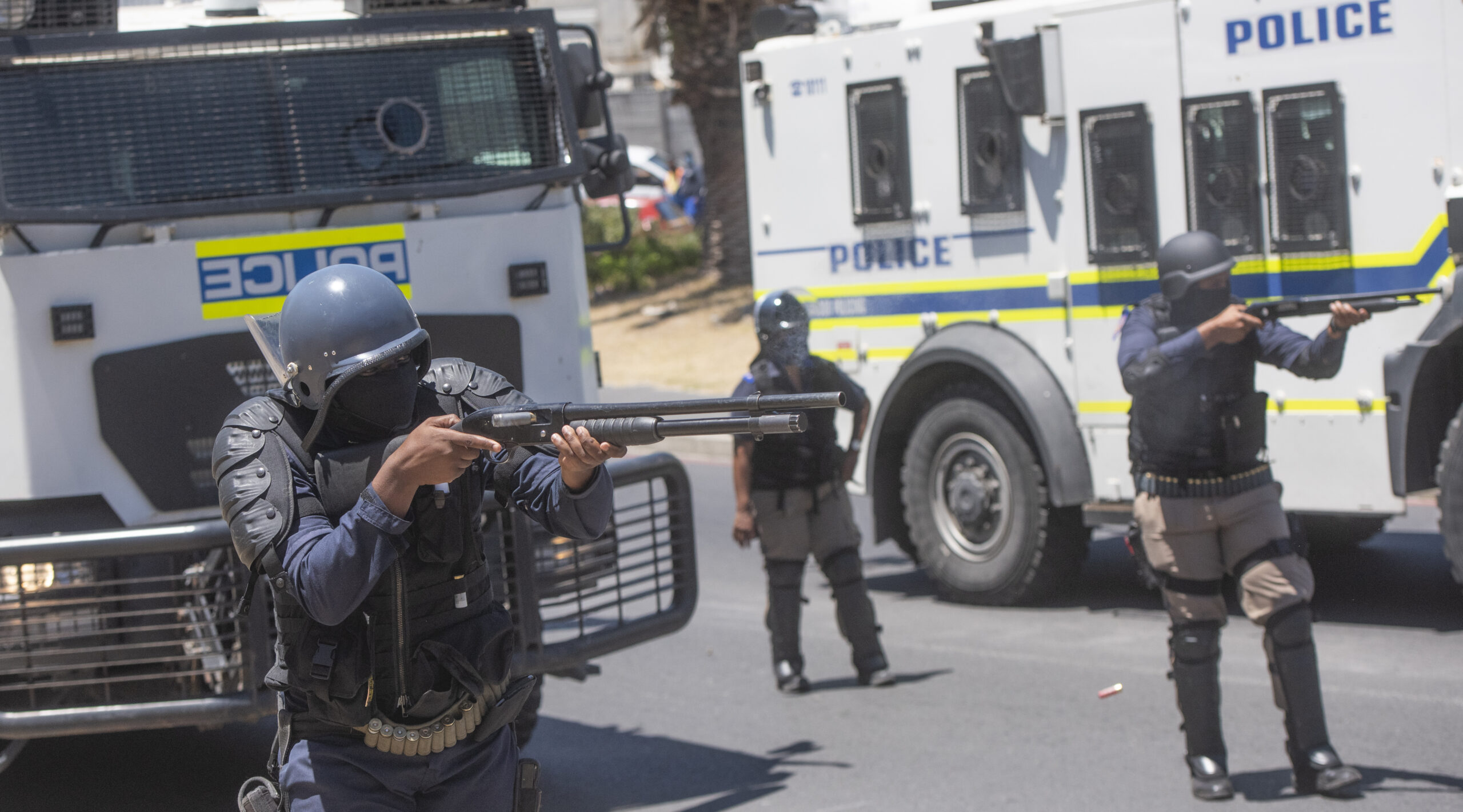 South African police killed someone every 20 hours last year on average, according to statistics released late last year by the Independent Police Investigative Directorate (Ipid). The 424 deaths reported represent a slight decrease from 2018/2019 when 440 people died “as a result of police action.”

Since the killing of Collins Khosa and Nathaniel Julius, there has been increased attention to police violence in South Africa—in particular the often-brutal enforcement of the Covid-19 lockdown.

But the report, which covers the 12-month period ending in March 2020, contains little data on police violence during the lockdown which began on 26 March — capturing more-or-less business as usual for South African policing. Ipid’s raw numbers can be useful, but alone they tell us little about how the police compare to their counterparts around the globe.

Are South African cops especially murderous or just par for the course?

Back in September 2019, I attempted to provide some comparative perspective on South African police violence. Based on what was then Ipid’s most recent 2017/2018 data alongside data from the Washington Post and independent research initiative Mapping Police Violence (MPV) on United States police violence in 2018, I found that South African police killed roughly three times as many people per capita as American police. (If you use the Post’s data, which only counts police shootings, the precise number is 3.25; if you use MPV’s data, the number is 2.95.)

Though at the time I found that number eye-opening, I did not expect the attention it garnered on social media, among activists, and more recently fact-checkers. Realizing the stat had legs and that new Ipid data would be released shortly, it felt like a fitting time to provide a more comprehensive look at more than just at one year of data. So, what do the numbers say?

Between 2014 and 2019, police killed about 452 people each year. Taken over the total population of South Africa, those 452 killings represent an average of 7.96 deaths per one million people. During that same period, US police killed about 1092 people each year for a per capita average of 3.37 deaths per one million people, according to MPV’s dataset. A quick glance at this larger data set reveals that 2017/2018—the year I selected for my original comparison—represents a highwater mark for police killings in South Africa. As such, it is necessary to revise that original claim. Rather than three times, South African police kill on average slightly less than two and a half times (2.36) as many people per capita as American police do.

In the interest of decentering the US, let’s look at how South Africa compares to another country. Data sets from Botswana, Nigeria, and Kenya are unfortunately hard to come by. Brazilian journalists have been working on a national database, but have faced obstacles from state governments. However, after an outcry about police killings of indigenous people, the Canadian Broadcasting Company (CBC) has gathered data on police brutality dating back to 2000. The CBC’s dataset shows that the Canadian police kill about 33 people per year, an average of 0.92 deaths per one million people. In comparison, South African police kill slightly more than eight and a half times (8.64) as many people per capita as Canadian police.

Admittedly, the US and Canada have lower levels of inequality and different histories than South Africa. But neither American nor Canadian police can be said to be paragons of virtue. Both have faced charges of abuse for decades. What does it say about South African society that the police are substantially more violent than those in the US or Canada?

Is it possible to even make compare these contexts? The fact-checkers at Africa Check, a South African version of Snopes, seem to think not. In their look at my original claim, the faithful fact-checkers (with some advice from former South African Police Service officer, now researcher Andrew Faull) dubbed it “unproven” on the grounds that the data sets in question have different methodologies. It is true. Ipid, MPV, and the CBC have different methodologies. Ipid counts deaths as a result of suicide during police confrontations, deaths as a result of injuries suffered during “attempts to evade the police,” and deaths as a result of non-police-initiated vehicle collisions. The MPV and the CBC do not. But how much, if at all, do these discrepancies change the overall picture?

The short answer is: not much. Because the vast majority of deaths are a result of police shootings, the number of deaths that would be excluded under MPV’s criteria are few and far between—just over 15 per year. Excluding those incidents causes South Africa’s overall rate of police killings per capita to drop only marginally from 7.96 on average to 7.78. The RSA/US ratio drops from 2.36 to 2.32. The RSA/Canada ratio drops from 8.64 to 8.47. But the overall story remains the same: South African police kill on average slightly less than two and a half times as many people as American police and roughly eight and a half times as many people as Canadian police do.

Those readers who have made it through this morass of numbers and calculations must be wondering: what is the point of this sort of analysis? One might argue that only accurate information can give us a sense of the scale of police brutality. This is true, but we should be cautious about wading too deeply into the statistical weeds. After all, stats are not straightforward vessels of truth, though they often pretend to be. Though Ipid’s statistics provide our best window onto police violence in South Africa, there are serious questions about the directorate’s capacity and independence. The MPV and the CBC have the benefit of being independent, but their methodologies depend on deaths appearing in local media and are not infallible. Rather, Ipid, MPV, and the CBC’s numbers are very likely undercounts.

For those interested in shifting the conversation on policing in South Africa, stats can be fickle tools. There are some who will seize on the gap between stats’ aura of facticity and their actuality to sideline abolitionist arguments without engaging their substance. Stats and comparisons can be useful as interventions into existing narratives about the nature of South African society. But abolitionists should remember that the real challenge lies in re-working those existing narratives through a vision about what South African society could be. Struggles in the US, Canada, Nigeria, Kenya, Brazil, and elsewhere will be useful in developing that vision.

But ultimately, as Sohela Surajpal recently pointed out, the work of re-working those narratives must engage with and draw on the experiences, sensibilities, and philosophies of everyday South Africans. This will take time and considerable collective effort. It is work that begins with the conviction that what was owed to Nathaniel Julius, Collins Khosa, Leo Williams, Petrus Miggels, and thousands of others whose value cannot be reduced to a statistic, was not fulfilled.

This article was first published on Africa is a Country