bit2Big > Africa News > Poking fun at Museveni is no joke 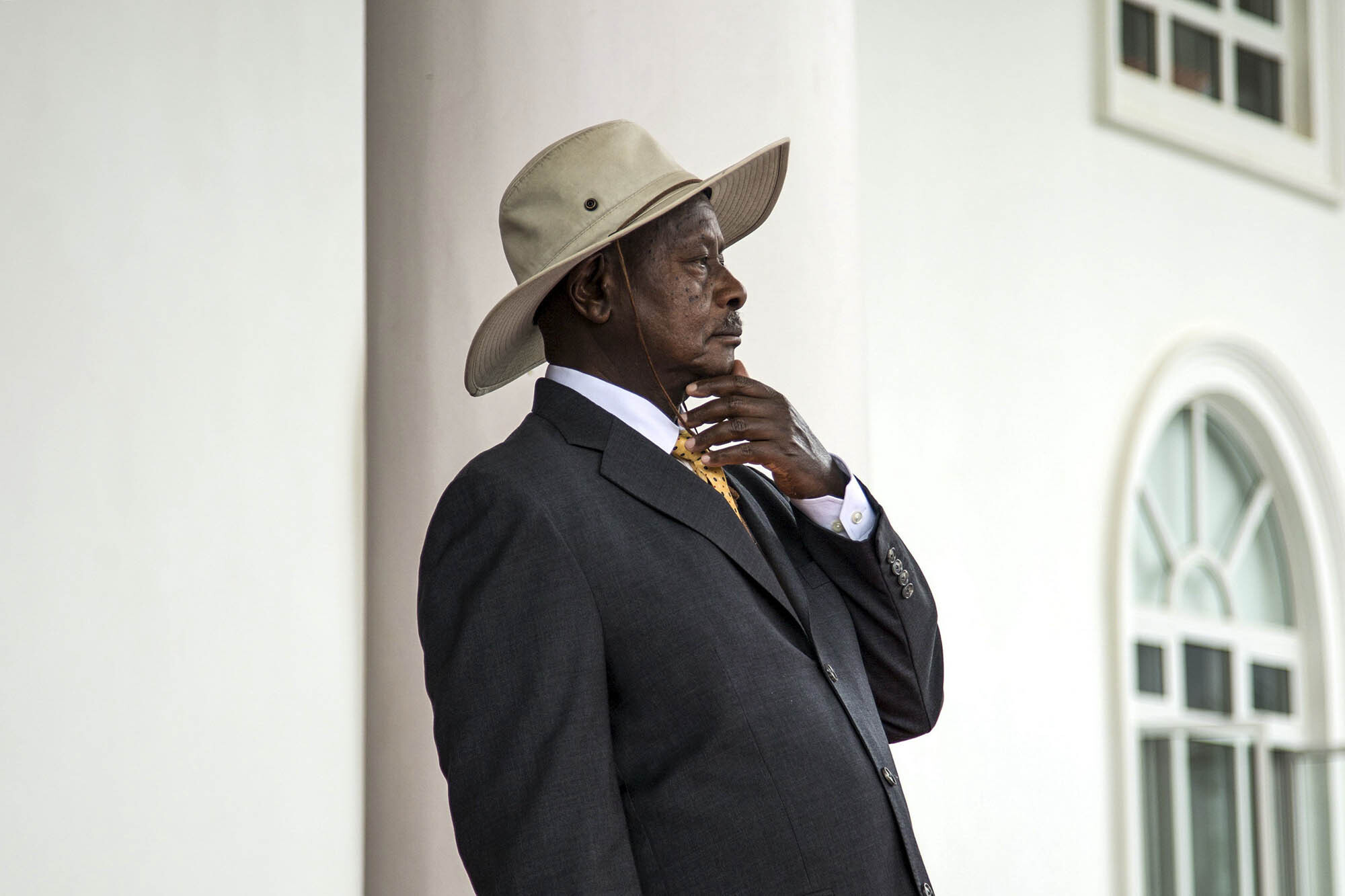 With their blue flowing robes and exaggerated collars, you might mistake them for members of an obscure religious group. And if you can’t speak Luganda, you might think they are televangelists, delivering rousing sermons and leading raucous sing-alongs like seasoned pentecostal pastors.

But their wide-brimmed sisal hats — and their mischievous looks — give them away. Meet Bizonto, a Ugandan comedy group infamous for poking fun at President Yoweri Museveni and the ruling elite.

In Luganda, bizonto means “deranged” but these four comedians — Julius Sserwanja-Kidomoole, Mbabaali Maliseri, Ssaabakaaki Peter and Gold Ki Matono — are anything but. Their satirical sketches highlight absurd realities, and they are masterful in their use of insinuation. Through comedy, they expose how the government has captured the state apparatus and fortified Museveni’s long rule (34 years and counting).

But making fun of Museveni is no laughing matter. On July 23, the four men were arrested and charged with promoting sectarianism. This prompted calls to #FreeBizonto, and a strong show of online support. They were later released without charge, and continue to post videos that are politically sensitive — and potentially disruptive.

Presidential elections are planned for early 2021. Citing the Covid‑19 pandemic, the government has banned all physical campaigning. But Bizonto’s use of radio and the internet means that they can reach voters all across the country. And their claim of being “crazy” only adds to their credibility: in Uganda, there is a long history of “mad” people speaking truth to power.

In the absence of political rallies, in the country’s closed-off political space, laughter is all that is left for Ugandans. Jokes are a place of refuge: in humour, things that cannot be said in public can be intimated; monsters can be exposed; guards can be dropped. Only in jest can you tell the emperor that he’s not wearing any clothes.

The choice of priest-like garments gives the jokes even more gravitas. In Uganda, church leaders are mostly apolitical — historically, when the church has spoken out, it has faced persecution. (It is a different story in other African countries. In Zimbabwe, church leaders are speaking out against President Emmerson Mnangagwa’s regime. In Burundi and the Democratic Republic of Congo, the church has played a crucial role in monitoring recent elections.)

Political opposition leaders also face persecution. Bobi Wine, perhaps the most serious challenger to Museveni in next year’s election, was charged last year with treason, and assaulted while in detention. Opposition supporters can expect to be beaten or teargassed for demonstrating in support of their candidate.

The blurring of boundaries between the ruling party and the state — and between the civilian government and the opposition — has been a hallmark of Museveni’s governing style. Even in this election, he is able to use the power of his presidential office to conduct de facto campaign events in rural areas, on the pretext of opening a clinic or a school. And that is Bizonto’s genius: using comedy, they take a page from the president’s playbook by blurring the boundaries between their jokes and Uganda’s absurd reality.

All you can do is laugh. 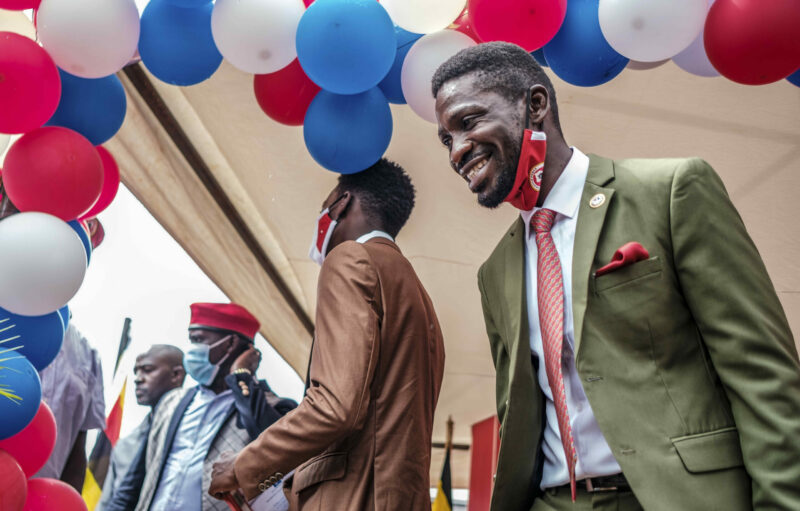 Museveni isn’t worried about winning the election, but about what comes next