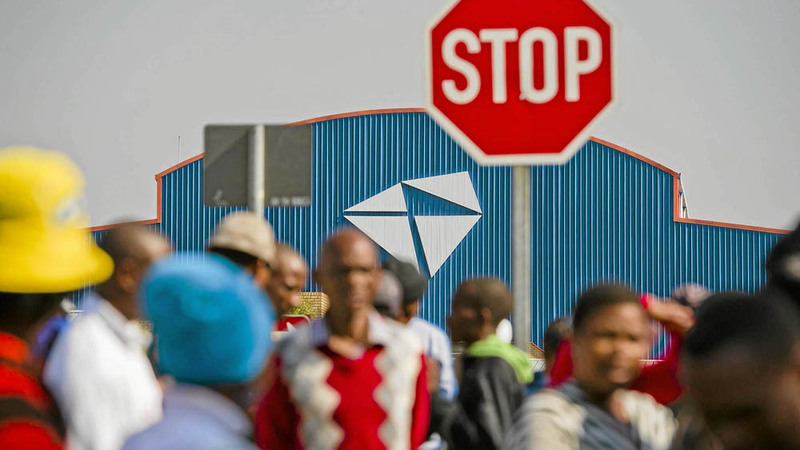 There is an unwritten rule in the public sector — state-owned enterprises (SOEs) included — that when a minister, especially the one who appointed you, decides to relieve you of your duties, you do not fight back. You simply leave quietly. This is because, besides the legal rigmarole, defiance may be career-limiting. The only reason one would fight back is as a matter of principle or when you have serious political backing.

The scrimmage between Stella Ndabeni-Abrahams, the minister of communications and digital technologies, and the demoted chairperson of the SA Post Office, Colleen Makhubele, is a case in point. While details of what sullied the relationship between the two women are unknown (largely because Ndabeni-Abrahams has remained silent) it nonetheless raises interesting ethical issues worth exploring. This is particularly so in the context of ethical governance the ANC is attempting to implement.

We hear it all too often. To be appointed to a senior government position or get lucrative tender, one must have what is colloquially referred to as “connections”.  What this means is that proximity to powerful political and business players is a requisite social capital.

That is why business people always orbit around those with such social and political capital. And those with proximity to power are always on the lookout for opportunities to capitalise on their access to power. More formally, it is called lobbying.

Lobbying is “the activity of trying to persuade someone in authority, usually an elected member of a government, to support laws or rules that give your organisation or industry an advantage”, according to the Cambridge dictionary. Controversial as it may seem, there is absolutely nothing wrong with this. In fact, in any political and business system, it is standard strategic practice.

It therefore comes as no surprise that since the government was forced through a court order to capacitate itself to distribute grants, service providers from security services to IT companies have been circling officials at SASSA, SA Post Office, unions, parliamentarians and anyone they deem influential.

Within this context, those in the know attribute the disarray to the following:

●  The sudden ballooning of security costs to R600-million per year.

●  A loan of about R1-billion from Postbank that the SA Post Office is for whatever reason not paying back. This has resulted in screaming matches between Makhubele and Postbank chair Phumzo Noxaka.

●  It was reported that Makhubele’s board wanted the Fidelity Guard contract cancelled and a different security company appointed.

●  Noxaka’s board reportedly tried to end a payment-solution contract Postbank signed with Financial Software and Systems in favour of a pricey American company.

●  The SA Post Office had welcomed the deal with SASSA for the disbursement of grants, saying it was expecting to rake in nearly R2-billion. However, the company is now saying the deal is unprofitable and costing R60-million.

Although he denied the latest allegations, he admitted to being party to a meeting at the Industrial Development Corporation (IDC) for R5-billion funding for a company that was supposed to manufacture Explora decoders for MultiChoice and electronics, on provision he became a shareholder.

While such behaviour is not illegal, it is unethical in most books. Such conduct is the bedrock of corruption, rent-seeking, and cronyism as it creates fertile ground for politically networked individuals to use their positions to benefit from government funds. It renders meaningless prospects of a free-market economy that would benefit ordinary people instead of the usual suspects.

Nonetheless, in a sign that the landscape has somewhat changed, kudos to Ndabeni-Abrahams for reading officials the riot act, acting against anyone who contacts her husband to discuss official matters. The Ramaphosa administration took what it believes is a bold move to rid itself of corruption.

While some are cautiously optimistic about such a “line in the sand” narrative, those who have pooh-poohed this as another euphoric moment that will end in tears, may have a point. In the main, they cite the ANC’s poor record at keeping its promises to fight corruption and ethical misconduct.

Unless there are clear rules, President Ramaphosa’s line in the sand is going to be quickly blown away by political winds. The rules must expand the scope of lifestyle audits performed on public officials, to include, but not be limited to, the following:

●  National and provincial parliamentarians as well as mayors and local councillors.

●  Senior officials appointed by parliamentarians and councillors such as advisers and municipal managers.

●  Stipulations that tender outcomes must be made public.

●  The creation of special rules on how government procures from family members and close associates of politically exposed persons.

Such rules will not end corruption, but they will go some way in making the flagrant looting difficult and less attractive to do business with spouses and children of politicians.