bit2Big > Africa News > No silver bullet for Covid-19, but rather a cocktail 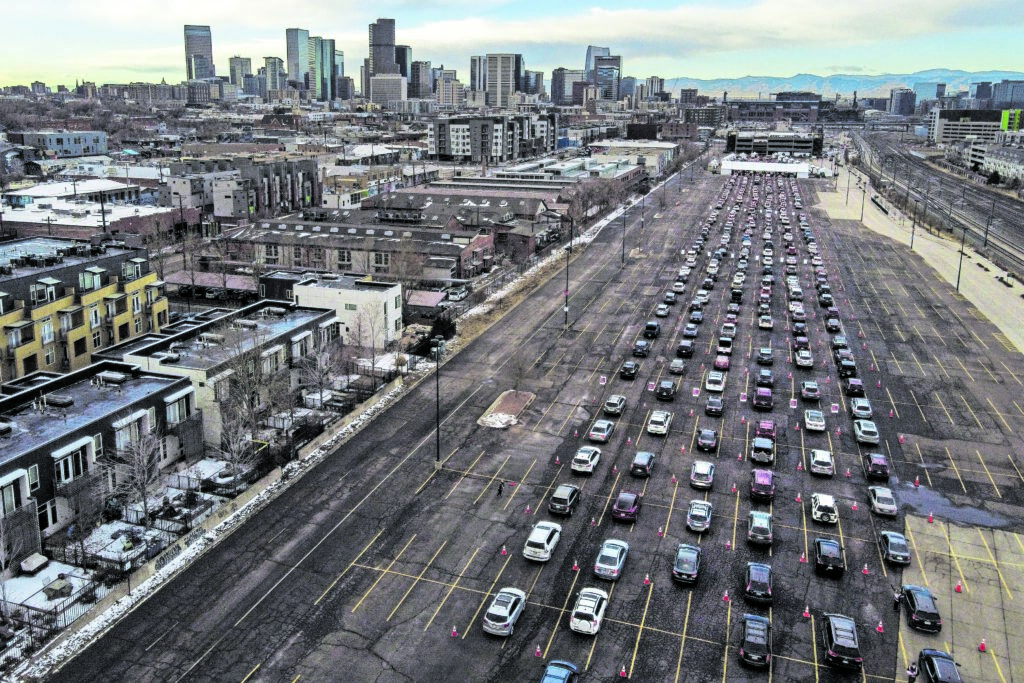 It is a fable that silver bullets kill vampires. The creatures they kill are actually werewolves.

With the latest news about vaccines and variants, you would be excused for thinking this is a crazy out-of-control mess — and you would not be far wrong. But, we need to pull back from quick conclusions and try to understand what the best science is telling us.

At a time of great uncertainty, it is easy to latch on to any source of certainty — a silver bullet. For many, that vaccines are not a quick fix is a huge setback. Remember hydroxychloroquine? That was supposed to be a miracle cure. Now ivermectin claims that spot.

The one solid thing to take hold of is that we have some of the best science in the world right here in South Africa. We were among the first to learn about new variants (501Y.V2, also called B.1.351, was first identified in South Africa) and that is no accident — few countries do as much genetic sequencing as our labs do. The British, who take pride in being a leader in that field, were behind us in identifying more contagious variants.

Let’s take stock of where we are now — the setbacks, new promises, the need to be realistic.

Timing of the arrival of our first million doses of the Oxford-AstraZeneca vaccine from India could not have been much worse. They arrived just in time for the revelation that it offers scant protection against mild disease. It might protect against severe illness, based on the general observation that Covid-19 vaccines tend to do better in protecting against severe than mild illness.

Mild illness is prevented by antibodies. Antibody protection is a key driver of viral mutation because variants that escape being suppressed by antibodies have a competitive advantage over those that antibodies attack accurately. A virus’s survival strategy is replication, not killing the host, which is why endemic viruses tend to be less lethal than novel ones.

What of the batch of vaccines expiring in April? The Serum Institute of India could argue that there was urgency to the order, implying that it would be used expeditiously. It is not a big issue since the purpose was to get it out fast but nonetheless is a bit of a wake up call. The lesson: ask about expiry date when ordering.

The South African government is, however, exploring options like sending this batch on to countries where it is effective and has negotiated with Johnson & Johnson to move delivery of their vaccine forward, which reduces the urgency of deploying the Oxford-AstraZeneca vaccine here.

The good news is that novel vaccine platforms developed over the past decade can be adapted relatively fast to new variants. The Oxford-AstraZeneca team predict that they will have a new version available in “autumn” (spring in the southern hemisphere).

In the meantime, we can start deploying other vaccines that have shown more efficacy against our local variant.

So what are our other options?

We already know about masking, distancing, hygiene, ventilation and, when all else fails, lockdowns. But what about other medications?

Just this week, Nature has published a promising lab-based study of flu medication molnupiravir (also called EIDD-2801 or MK-4482); large-scale clinical trials are due to complete in May.

Back to ivermectin. Why is the evidence taking so long to win over regulators? Don’t a lot of small studies add up to as much evidence as a big study? South Africa’s National Essential Medicine List (NEMLC) Covid-19 subcommittee has published a number of studies of evidence.

Trials reviewed so far are of low quality with potential for bias. One example, as pointed out by the NEMLC, is publication bias. If you went to all the trouble to conduct a large trial, you are likely to publish to justify the effort even if the result is negative; less so with a small study.
The number of trials where publication bias is the only concern is too small, however, to perform an authoritative analysis.

NEMLC’s bottom line: we do not know whether ivermectin is effective or not.
Over February, the International Ivermectin Project Team’s Dr Andrew Hill of the University of Liverpool is following a group of larger trials. Starting with a fixed group of trials and seeing them through to the end should eliminate publication bias. If they are well conducted that should eliminate other sources of bias.

In the meantime, what do we do? The latest surge has subsided, giving us some breathing space. We know how to suppress a surge even without medications. If ivermectin does prove to be effective, that will be great. But we need to stop looking for that elusive silver bullet. It isn’t vaccines or nothing. It isn’t ivermectin or nothing. It isn’t distancing or nothing. Until we get this thing beaten, we need a cocktail of measures that combine slowing transmission, reducing the odds of getting seriously ill and saving those who do get it badly.

Only when enough people have an effective vaccination will we really stop it. That could mean several rounds of vaccine to take into account new strains. The chances of new strains developing reduce if fewer people are infected at once — another reason to continue distancing and other non-pharmaceutical measures.

No silver bullet. It isn’t a werewolf.

Previous PostWhat Does Dogecoin Have to Do With Government Crypto Bans?Next PostThailand’s Securities Regulator Eyes Qualifications for New Crypto Investors