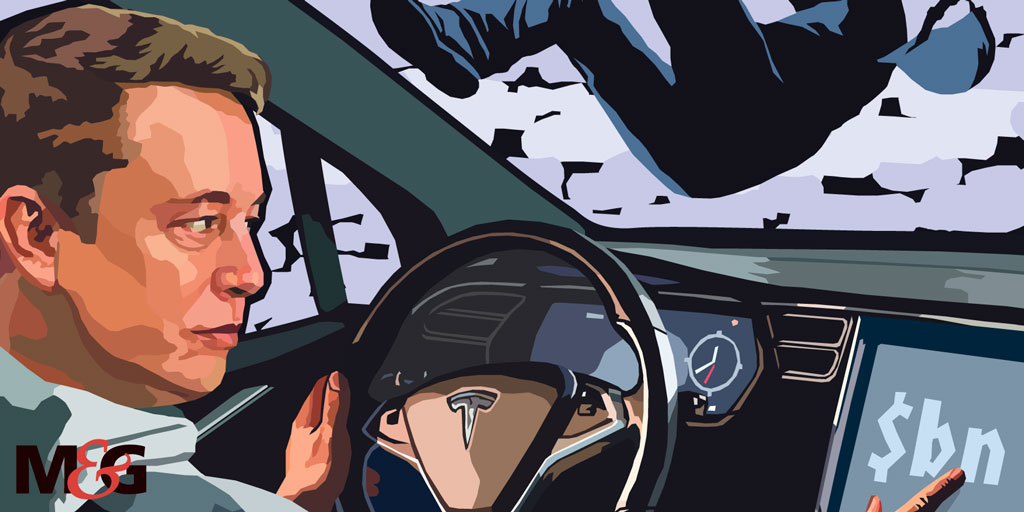 The reactions to Elon Musk’s billionaire status are evidence that far too many South Africans have not fully grasped the destructive consequences of inequality.

Entrepreneur Musk was recently crowned the richest man in the world. The founder and chief of Tesla Motors sits on a total net worth of $195-billion. The rapid swelling of Musk’s wealth was celebrated by many South Africans across social media and in our national publications. His ascension from the supposedly “modest” suburbs of Pretoria into the venerated world of the ultra-rich stands to some as a testimony to the value of ingenuity, tireless work and the rewarding nature of capitalism.

Others drew inspiration from Musk’s success, proud that a “shithole” country had played a part in producing a brilliant entrepreneur. The dreams of prosperity that figures like Musk inspire are to be expected. The mega-rich are not held down by unending debt, costly bills and unsatisfying, poorly paying jobs. They possess a level of freedom that many of us dearly wish we could have.

Absent from the revelry were urgent, critical questions about how such wealth is amassed and at what expense. Thirty million South Africans live in poverty; that means 30-million people earn less than R1 183 a month. About 11-million South Africans of working age are unemployed and likely to remain so for the foreseeable future.

At the forefront of my mind was this: Amid mass poverty and precarity, why do we tolerate and even eagerly rejoice in excessive wealth? Is this contrast — of billions destitute and a few ridiculously rich — not morally absurd?

The ballooning of the billionaire class is not cause for celebration. The empires of Jeff Bezos and Bill Gates, alongside the prosperity of Patrice Motsepe and the Oppenheimer family, are signs of an authoritarian impulse in neoliberal capitalism. A critique of the mega-rich is not veiled jealousy or a condemnation of individuals. It is a defence of democracy and an unmasking of power.

The power of billionaires rests on their legal entitlement to privately own the means of producing wealth. The modern nation state is not a neutral actor in this issue. With legislation, private property is sanctified. Through government policies, an environment that embraces free enterprise can be curated, therefore extracting the most of one’s ownership — privatising social goods and deregulating industries. Having a legitimate monopoly on violence, police and, in some instances, the military, functions to enforce unwavering respect of private property.

The practice of private property, by definition, excludes others.

Vital resources on which we all depend for survival are mostly owned by an unelected, unaccountable minority. A consequence is that how resources are allocated and used is mostly decided on the basis of what will yield profit and not the basic needs of a society. What should be questioned is whether such an arrangement is just and/or efficient? The answer is no to both criteria.

The supremacy of the super rich is in part sustained by intoxicating ideologies. One piece of such ideology is the myth of the self-made billionaire or multimillionaire.

Although inheritance does contribute to the reproduction of exorbitant wealth, what needs more acknowledgment is that producing wealth is a collective endeavour. Motsepe cannot sustain his enterprise without the arduous labour of mineworkers, nor can Johann Rupert amass millions without the toil of workers who make, transport and sell his luxury goods. Yet it is these workers who are locked into poverty or insecure employment.

An objection to this may be the notion that billionaires are often incredible innovators who deserve to reap the rewards of their genius. Seductive as this argument may be, it’s also a frequently peddled distortion. Since the early 20th century, many major scientific and technological breakthroughs were a collective endeavour, often funded by the state. More importantly, the brilliance of billionaires is not to be found in their intellect, but in their abilities to monetise the innovations of others.

French philosopher Pierre-Joseph Proudhon perfectly captures the fact of collective labour: “There is not a man then who does not live off the products of several thousand industries; not a labourer who does not receive from society at large the things which he consumes.” If labour is a collective effort, then there should be a collective benefit to all those who contribute, but this isn’t the reality of our economic system.

Those indispensable to producing the essential goods and services we need receive the least compensation for their labour in comparison to those who merely own the mechanisms for wealth to be produced. When working people demand better wages or benefits, the rich owners do not willingly comply, but often brutally resist.

In recent years, workers at Tesla Motors factories have bemoaned hazardous labour conditions and unpaid overtime, as well as low pay. The idealism of Musk proved to have its limits as the chief executive has, until stopped by a recent court ruling, blocked attempts by workers to unionise.

Musk doesn’t do this because he’s a particularly bad person but rather because his own wealth depends on workers not being paid what their labour is worth. This relationship is unashamedly exploitative. Billionaires are a hazardous symptom of the injustice of private property. In other words, the ultra-rich never had a right to the wealth that they claim as theirs.

The existence of billionaires is not isolated from the societies they inhabit. The movements of these titans reverberate around the world. Musk may be a very nice person, with sincere intentions to change the world for good, but the quality of his soul is irrelevant. What matters are the tangible consequences of his power and the economic system that enables it.

Living up to democracy

Democracy is a project to distil power and enhance freedom. However, power has many faces and functions. Too often is it seen as explicitly or exclusively political. But it moves outside the chambers of parliament and lives beyond the ballot box. Economic power translates into political influence. And, in a world in which billionaires have more wealth than 4.9-billion people, the political influence of the rich towers over the votes of ordinary citizens.

Politicians are increasingly detested for their failure to respond to the socioeconomic needs of citizens. This is because the needs of citizens have become a secondary concern in numerous countries.

Through campaign donations, think-tanks and foundations, lobby groups, corporate media or blatant corruption, the imperatives of the rich are often placed at the centre of governance. To sustain political careers, politicians have become dependent on funding from individuals who are unelected, unaccountable and untethered from any commitment to transparency.

Both modest and extreme examples of this subversion of democracy exist. Musk is not innocent in this regard, but rather an active player of the game. For nearly two decades Musk has given large donations to the Republican Party, specifically a GOP action committee dedicated to regaining control of the House of Representatives.

Musk is hailed as one of the righteous rich seeking to stop the ravages of climate change; it’s odd that he has disproportionately funded a party that denies the reality of climate change while advocating policies that will intensify the destruction of our planet.

South Africa is not immune to the meddling of the super rich. An estimated R400-million was donated to Cyril Ramaphosa’s presidential campaign. The sources and exact purposes of these donations remains hidden for now. But one can’t help but wonder what burdens these donations place on the president. Will the interests of his donors clash with those of the citizens his office is mandated to serve?

It’s hard to defend or praise the extremely rich, because they are manifestations of all that is wrong with our prevailing economic order. A new global aristocracy is being birthed and Musk is one of its mightiest members. Like his counterparts around the world, the reign of private property allows him to exert his will on the world, diluting democracy and curtailing freedom. 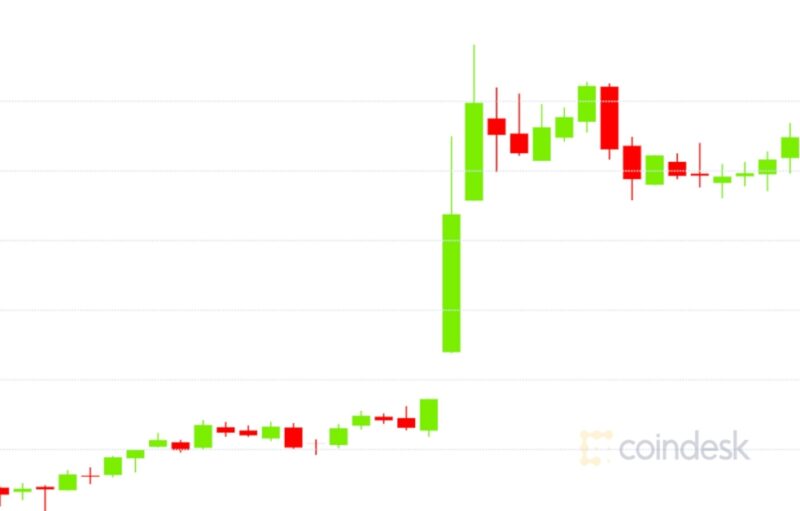 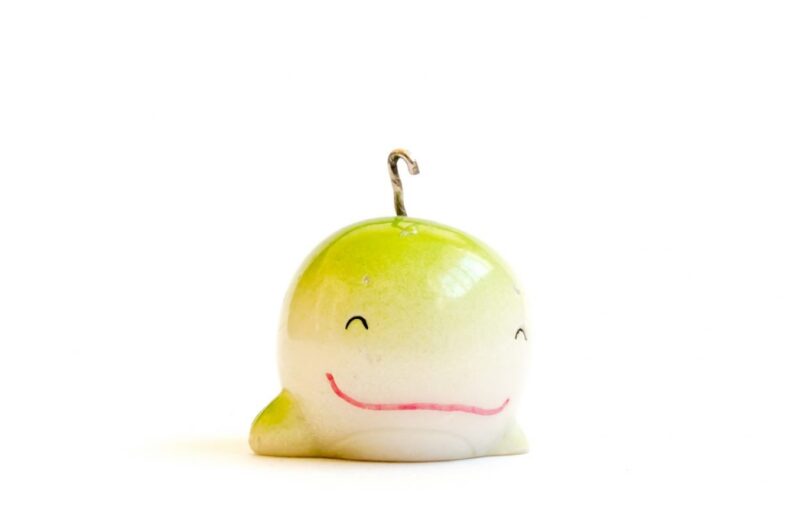