bit2Big > Africa News > NHI and Covid-19: Lessons from the pandemic and the way forward 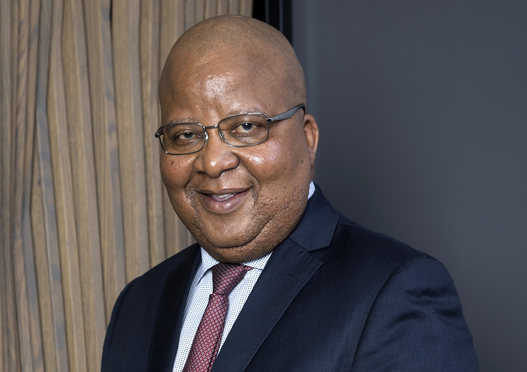 Upsides to the Covid-19 pandemic: parents being able to spend more time with their kids, folks across the globe honing their baking skills, and for the team working on National Health Insurance (NHI), a breakthrough in terms of collaboration.

“It was quite difficult prior to Covid to find some common ground,” said Dr Nicholas Crisp, a public health specialist who is currently working with the Minister of Health on the implementation of the nation’s long-anticipated financing scheme aimed at providing all South Africans with essential healthcare.

NHI discussions between the public and private sectors have characteristically been plagued with a antagonism. “We were focusing on differences rather than what we know needs to be done,” said Crisp. The global spread of the novel coronavirus changed that.

Engagements between the two sectors were “not only cordial but extremely proactive,” said Crisp. “The private sector came to us and said ‘we would like to provide services at cost’, and the issue was, ‘how do we know when we are at cost and how do we know when we can afford it?’, rather than ‘how do we differ with one another?’” Crisp and fellow panellists said it was a breakthrough that they hoped would put them on a new trajectory.

“We would like to continue with those forums where we use the spirit of the Covid times to understand one another,” said Crisp.

One of the areas calling most loudly for engagement is the contentious issue of pricing. Private sector service providers are encouraged to provide services for the fund, but there are ongoing discussions around how high or how low charges should be.

“Obviously cost and price are different issues,” said Crisp. “We need to understand what that margin is, and what is a tolerable margin for us to be able to stretch our rand further and use our resources more effectively.”

GEMS, as a health insurance provider to government employees, stands in a unique position to inform a discussion that spans both sectors, observed Dr Stan Moloabi, the principal officer at GEMS. “The issue of tariffs [is] always very difficult to deal with,” he said. GEMS has been able to share anonymised data showing expenditure trends to help inform the discussion.

Ultimately, the NHI is aimed at reducing inequality in the country. “South Africa is one of the most unequal countries in the world, and I don’t think it’s a label we are proud of,” said Moloabi. “Healthcare is one of those areas where there is inequity.”

The Department of Health’s technical advisor on the NHI, Dr Aquina Thulare, said that the NHI will address that in part through its pricing model.

“The manner in which the NHI is structured is such that all those who are able to pay taxes will pay, and those that are not able to pay taxes into the NHI will receive full subsidy from the state,” said Thulare. However, cost subsidies for services would be implemented across the board, regardless of who receives them, she said. The NHI will harness the principle of “no person left behind”.

While more than 50% of the webinar attendees said they were “in favour” of the NHI, concerns around governance and corruption stopped many of them from fully supporting the plan.

A poll conducted among attendees showed that 34% would “support the NHI once all the issues are ironed out”, and 31% said that they “do not support NHI because of too many unanswered questions, a trust deficit and the potential threat of corruption”. Only 16% said they were optimistic about the NHI.

So how are those in charge of the project helping to address “the elephant in the room” as facilitator Michael Avery put it: fears that the many billions of rands needed to make the scheme work, would be used to line the pockets of wanton looters?

Firstly, said Thulare, they were putting systems and processes in place to identify any misdemeanours that might be committed against the fund. Secondly, the DoH is working with the Special Investigating Unit (SIU), which will “identify and prosecute” any individual who is found to have taken money illicitly. “We have done a very, very thorough risk assessment process where we have identified all potential areas of risk and corruption.”

Crisp, who is on the team that is collaborating with the SIU to root out corrupt individuals in the sector, said that he was aware of a “handful of cases” that directly implicated health department employees in Covid-19-related corruption. He pointed out that some of the PPE corruption cases currently being reported on have “nothing to do with the health department”, but rather other government departments. He that the team is taking corruption “extremely seriously”.

“We’re building a risk management framework into our systems which will deal with patients and providers who try to defraud the system,” he said. “The systems are designed to flag any aberrant behaviour so that it can be investigated immediately.”