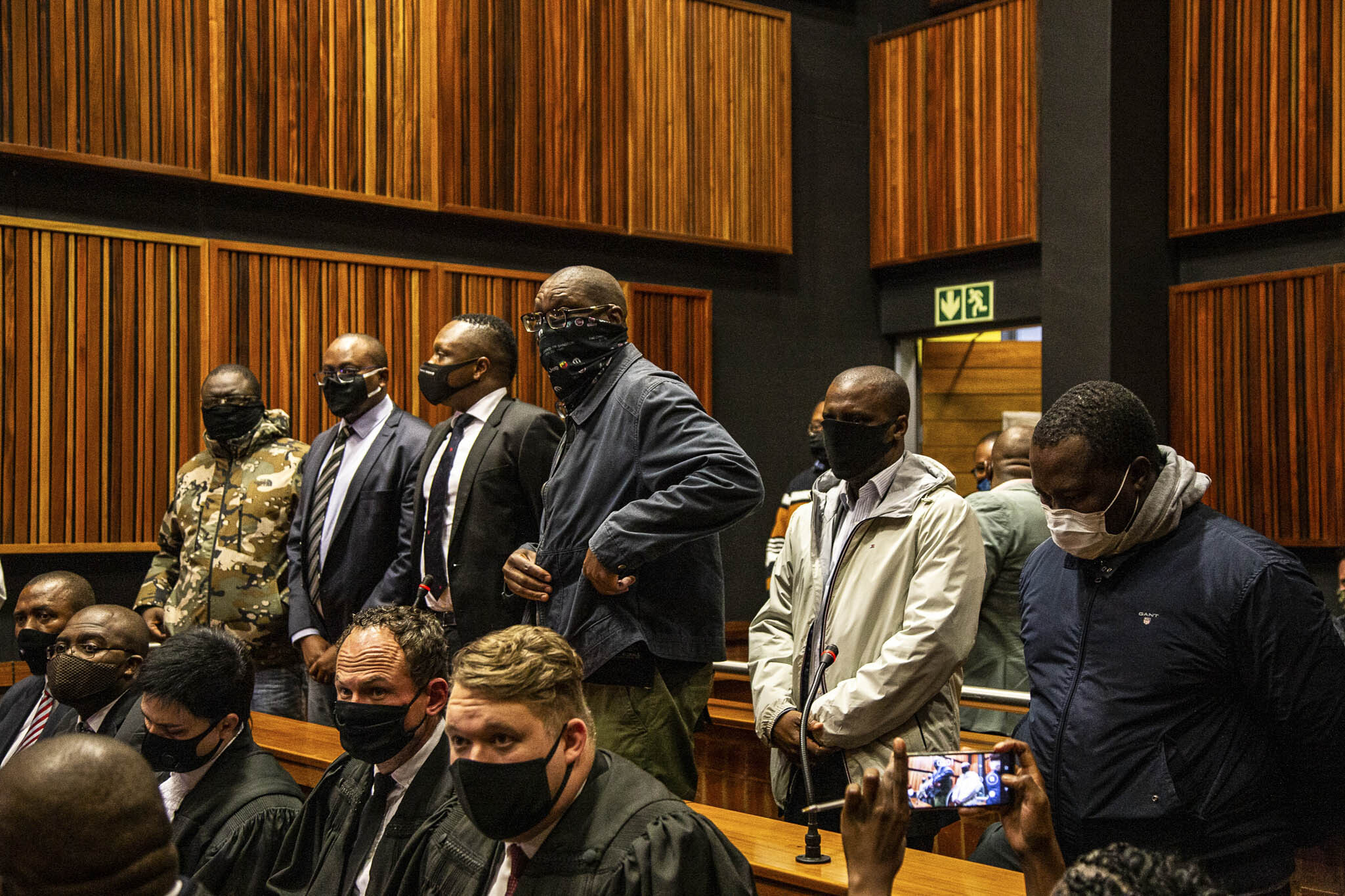 The R2.3-billion VBS Mutual Bank “heist” saga took an unexpected turn when the prosecution announced that more people would be arrested in the alleged looting scheme.

These revelations emerged during the appearance of seven of the defunct bank’s top executives, who appeared at the specialised commercial crimes court sitting in Palmridge on Thursday.

Prosecutor Hein van der Merwe asked for a postponement to allow the state to make more arrests and amend the existing charge sheet with additional counts on top of the 47 that already exist.

Prosecutor van der Merwe asked for a postponement to January in the matter of the seven accused because “additional members will be arrested, the charge sheet will be amended and a trial date will be set”.

He said the copies of the new docket and charge sheet would be completed before the end of the year.

“The disclosures will be done before the end of this year. This includes copies of the charge sheet and the docket. We are at an advanced stage and we’re almost ready to formalise the new charge sheet,” van der Merwe said.

The seven accused indicated that they would plead not guilty to the charges of fraud, corruption, racketeering, theft and money laundering should the counts make it to trial.

The state has accused them of depleting the now-defunct mutual bank of almost R2.3-billion by allegedly falsifying VBS’s financial statements for the fiscal year ending March 2017, to show that the business was solvent when, in fact, it was not.

The indictment, which the National Prosecuting Authority (NPA) dubbed a “prosecutor-driven investigation”, detailed an intricate, two-year looting spree that ran from April 2016 to March 2018.

On Wednesday, Phillip Truter, VBS’s former chief financial officer, was sentenced to 10 years, three of which were suspended. He is the first senior executive to be sentenced in the VBS matter.

Matodzi, Ramavhunga, Truter and Mukhodobwane, according to the indictment, allegedly stole R262-million in 12 days during March 2017, “by creating fictitious credits” in 35 VBS accounts.

Lawyers for the accused agreed to the postponement on Thursday. All seven are out on R100 000 bail each and are expected back in court in January for their third appearance.