bit2Big > Africa News > Money instead of land – The Mail & Guardian 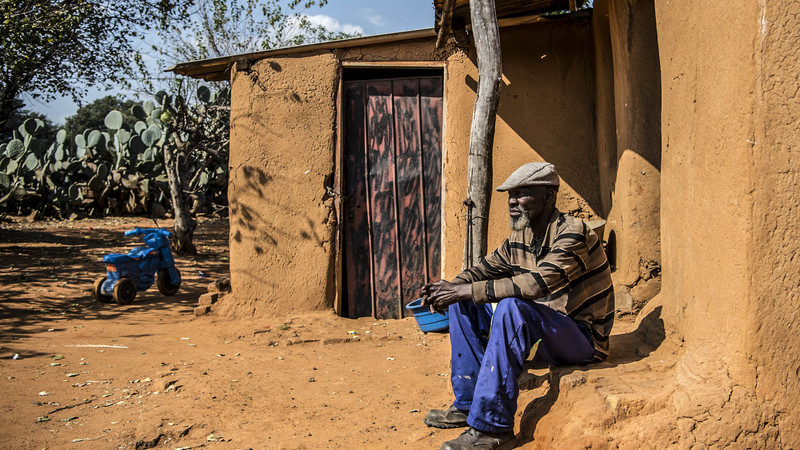 Land reform remains one of the most emotive and contentious subjects in post-apartheid South Africa. After coming into power through a majority vote, the ANC moved swiftly to introduce new land reform legislation that consisted mainly of three dimensions. These are: redistribution – transferring white-owned commercial land to African users; restitution – settling claims for land lost under apartheid measures by restoration of holding or compensation; and land tenure – to provide more secure access to land in the former Bantustans, according to Lionel Cliffe’s 2000 article in the journal Review of African Political Economy. Of particular relevance in my opinion is the first dimension of the land reform project – land redistribution.

This programme was said to be directed at redistributing productive agricultural land from white people into the hands of the black majority (those who were historically deprived of their land through state-sponsored aggression and violence). With specific reference to the work of Nancy Fraser (in conversation with Axel Honneth in their 2003 book, Redistribution or Recognition?), the point of departure in this opinion is that government’s previous approach to land redistribution, the market-based, willing-buyer-willing-seller policy, culminated in problems of misrecognition and maldistribution.

Moreover, from a socio-legal perspective, the new approach to land reform — expropriation without compensation (EWC) — is unlikely to yield its desired outcomes, considering the fact that the majority of black South Africans have, over the years, chosen money over the land in cases of redistribution.

Money, unlike land in its physical form, can easily be used to satisfy the most urgent basic needs. This is not surprising in a country like ours plagued by myriad socio-economic issues of which poverty and unemployment are just two.

The government’s 2017 Land Audit Report shows that 22% of the 30% of productive agricultural farm land in South Africa remains in the hands of white commercial farmers. The apartheid government’s failure to recognise the majority of black people as people of comparable moral worth and their treatment of black people as sub-humans is what, broadly speaking, gave birth to the historical injustice of dispossession.

This misrecognition of black people would, throughout the years of white minority rule, find expression in government policies such as the policy of separate development which informed the establishment of the Bantustans to which black people were confined. This policy of separate development was also informed by the belief that black people were culturally and racially inferior. Consequently, from 1948 until 1994 a disproportionate percentage of property ownership (land included) was be vested into the hands of the white minority at the exclusion of the black majority.

In order to redress this historical injustice, the post-apartheid government of national unity adopted the Constitution that expressly gives recognition to the black majority.

When this model proved inherently ineffective after almost three decades, the ANC government adopted as its new land policy in 2018 the model of expropriation without compensation, which was soon translated into a Bill with the potential to become an Act of Parliament. The logic behind this new model is that the previous model endorsed paying compensation for stolen property.

For example, the 18th Constitution Amendment Bill states the purpose of the amendment as follows: “To amend the Constitution of the Republic of South Africa, 1996, so as to provide that where land and any improvements thereon are expropriated for the purposes of land reform, the amount of compensation payable may be nil; and to provide for matters connected therewith.”

The Bill goes on to state that: “There is a need for urgent and accelerated land reform in order to address the injustices of the past that were inflicted on the majority of South Africans and especially as the hunger for land among the dispossessed is palpable and the dispossessed are of the view that very little is being done to redress the skewed land ownership pattern.”

Those who favour this model laud it for being not only affirmative but also transformative. Notwithstanding, it seems to me that even this amendment will fall short in redistributing productive agricultural land to the majority of South Africans, black people who were dispossessed through previous state force. The amendment is not without flaws.

First, it does not expressly mention productive agricultural farmland as one of the categories of land that is up for grabs.  Instead, the amendment identifies the following five categories of land as land that may be expropriated without compensation: a) abandoned property, b) land owned by state-owned enterprises, c) land held for speculative purpose, d) land into which the state has already invested more than its own value, and e) land occupied or used by a labour tenant.

Second, assuming for argument’s sake that the Amendment Bill did expressly make mention of productive agricultural land as a category of land that may be expropriated without compensation, the flaws of the Bill would still not be cured. This is because the Bill and the process of public involvement into it arguably suffered from lack of participatory parity, as Fraser says.

Put slightly differently, it becomes apparent from just mere observation of the hearing (by the Free Market Foundation) that expropriation without compensation was already “a foregone process and that no number of dissenting views was going to sway the committee or Parliament away from what it had already committed itself to in the resolution. The hearings were especially chaotic, with members of Parliament racially insulting presenters they disagreed with, and bussing in and choosing their own supporters to speak.”

In Doctors for Life International vs Speaker of the National Assembly and Others, the following was said about the importance of public involvement in legislative processes as given effect to by section 72 (1) of the Constitution:

“Public involvement will also be of particular significance for members of groups that have been the victims of processes of historical silencing. It is constitutive of their dignity as citizens today that they not only have a chance to speak, but also enjoy the assurance they will be listened to. This would be of special relevance for those who may feel politically disadvantaged at present because they lack higher education, access to resources and strong political connections. Public involvement accordingly strengthens rather than undermines formal democracy, by responding to and negating some of its functional deficits.”  (paragraph 234)

There was also a dangerous assumption in the question posed to members of the public during the public hearings. The question was framed: “Do you support the Constitution Eighteenth Amendment on Expropriation?”

This question is narrow and limiting. One had to either say yes or no and substantiate thereafter. It made no room for those who do not want to get caught in this binary, that is to say, those who were previously dispossessed but would go for the money instead of the land.

In fact, a 2014 land audit report by the department of rural development and land reform shows that in 92% of the cases of land reform dealt with since 1995 until 2014, people chose money over land.

This fact alone shows that this conversation of land expropriation without compensation may well be a conversation shaped and agitated by academics and politicians in order to advance their own careers.

Yes, there is a particular, immediate need for land for the purposes of housing but that does detract from the objection raised above. Moreover, the market-led model to land redistribution (willing buyer, willing seller) tends to lead to land privatisation, whereas the state-led model (expropriation without compensation) tends to entrench bureaucracy, which therefore only benefits the politically connected few.

In fact, during a webinar to mark the 25th anniversary of the Institute for Poverty, Land and Agrarian Studies (Plaas), its founder, emeritus professor Ben Cousins, and its lead researcher on land reform, Farai Mtero, indicated that “land reform has become the preserve of the well-off, with 44% of beneficiaries being urban-based business individuals, taxi or transport operators, former state bureaucrats and local politicians with access to material resources, knowledge and information. Their economic and political influence has enabled them to diversify into farming. And most of them, more than 80%, have been men.”

So instead of the above, government-favoured model of land redistribution, I propose the following, echoed from Saturnino Borras and Terry McKinley. This model is characterised by four pillars:

Despite its contentious nature, land reform in South Africa and more specifically, the redistribution of productive agricultural land into the hands of the historically marginalised, will be difficult to realise if government continues to pursue policies and legislations that are not only pretentious, vague and narrow but also assume that everyone wants land as a remedy to the historical injustice of dispossession.

Instead of addressing the historical questions of misrecognition and maldistribution, the proposed model of land redistribution, that is, to expropriation without compensation, might lead to further injustices. In the alternative, I have argued that in order for countries like South Africa to redress historical injustices, land can be expropriated without compensation but through the redistributive alternative model described above.

Lehumo Sejaphala is a final-year LLB student at the University of the Witwatersrand. He contributes articles to a number of publications and writes on social and legal issues on his blog.