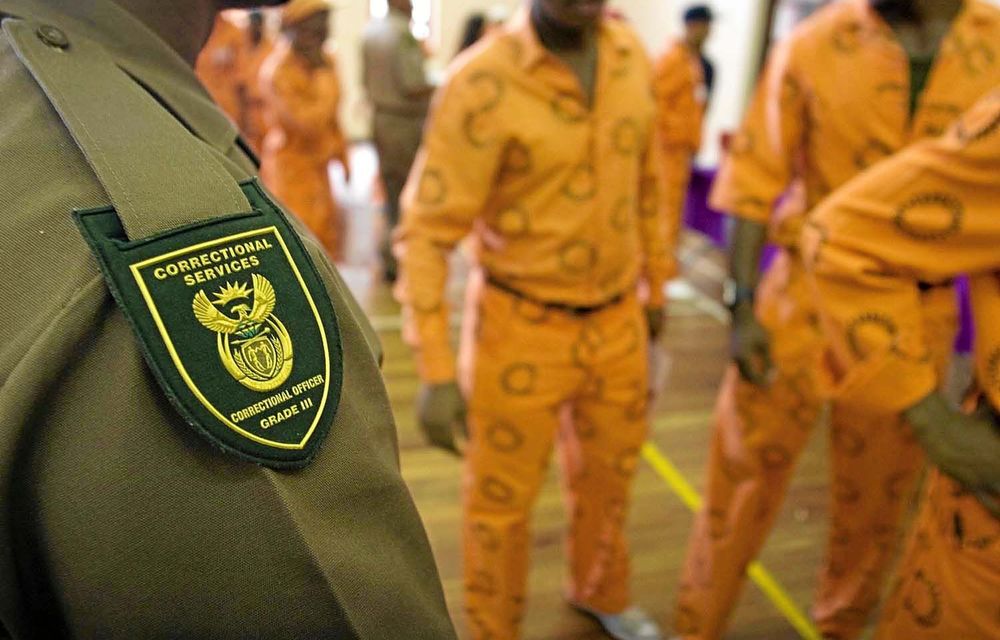 About two decades ago, Eric Schlosser defined the prison-industrial complex in The Atlantic as “a set of bureaucratic, political, and economic interests that encourage increased spending on imprisonment, regardless of the actual need”.

The words “regardless of the actual need” are imperative.

Even though all three books touch on the same phenomenon, not one calls it by its name: the prison-industrial complex. Yet these authors have made invaluable contributions to the understanding of how this strange animal works on local soil. Bringing these strands together within an overarching theoretical construct is worthwhile.

The first two publications deal with the Bosasa tender-rigging and supply-chain scandal (involving televisions, access-control, security fencing and catering) while the latter is an account of the disastrous private management of the Mangaung maximum security prison in Bloemfontein by the multinational corporation G4S.

In a recent paper, I explore the difference between the Bosasa service-provider scandal and operations such as G4S running a private prison. Bosasa allegedly conspired with DCS officials to create a “fiscal bubble” (meaning deliberately saving up unused funds) to have funds available to splurge on spurious ventures, such as prepayments for television sets to the tune of R108-million. Prison expansion (milked by private contractors such as G4S) has diverted money away from other worthwhile and more important socio-economic projects, such as road maintenance, job creation, education and housing projects.

The Bosasa angle is particularly acute since “fiscal dumping” is achieved at the cost of pressing needs, such as overcrowding, failing maintenance and staff shortages within DCS. Styan and Vecchiatto define DCS’s efforts at fiscal dumping as “money [that] was not being used by the department for the programmes it was intended for”. By the same token Dennis Bloem, a former ANC MP, dismissed Bosasa’s catering contract with DCS as a “money-laundering scheme” – since imprisoned offenders were actually working in the kitchens!

Bosasa facilitated state capture interdepartmentally by making off with departmental funds for bogus projects at vastly inflated prices (as Basson points out) at the cost of legitimate projects. G4S took money away from projects that could enable people to lead more satisfying lives (such as education or housing). Both these manifestations of state capture are, however, branches of the same tree known as the prison-industrial complex, generating expense for prisonisation without actual need. Vested interests masquerade as justifiable interests.

Although none of the books mention the phenomenon of the prison-industrial complex by name or appear to be aware of it, Ruth Hopkins cites Angela Davis’s Are Prisons Obsolete?, which is well worth reading to grasp the reasons for our unsustainably high crime and re-offending rates. South Africa has one of the highest rates of recidivism in the world and certainly one of the highest levels of incarceration in Africa.

Davis, who at one point in the 1970s was on the FBI’s most wanted list on trumped-up charges, explains the idea of the prison-industrial complex in the following terms: “The link that is usually assumed in popular and scholarly discourse is that crime produces punishment. What I have tried to do […] is to encourage people to think about the possibility that punishment may be the consequence of other forces and not the inevitable consequence of the commission of crime. Which is not to say that people in prisons have not committed what we call ‘crimes’.”

The management of crime has become a business opportunity. “Disaster capitalism” is not a new concept. By capitalising on the public fear of “rising” crime and stoking the public sentiment for harsher and longer prison sentences, the underpinnings for a prison-industrial complex are in place.

This significance is lost on a generally ignorant public baying for blood.

Consider too the people who have committed monstrous crimes and who will never have their day in court (even though they seem desperate for it). State capture has cost the public purse trillions with little chance of ever recovering much of the loot spirited out of the country and no amount of zooming (with or without Zumas) will assuage public anger and bafflement.

Another angle is for government (as the business partner of Big Business) to ensure that structural oppressions that encourage crime (racism, sexism, poverty, unemployment, the stigmatisation of ex-offenders and inequality) stay firmly in place to ensure work for the merchants of despair – Bosasa and G4S.

Consider, for example, how the marginalisation, discrimination and stigmatisation of ex-offenders in South Africa keep the wheels of the prison in motion while providing much lubrication for the construction of new prisons, supply-chain servicing (Bosasa) and keeping up the numbers in privately run facilities, such as Mangaung (managed by G4S). Recall the largely superfluous underground Ebongweni supermax facility in Kokstad built at a cost of at least R500-million in 2002.

At Mangaung the “service provider” is paid a fixed amount per detainee. The Lindela Repatriation Centre in Krugersdorp, run by Bosasa, although dedicated to the detention of so-called illegal migrants, is based on the same principle.

Michelle Alexander, a well-known prison abolitionist in the US, explores the idea that ex-offenders are denied meaningful resettlement in society and continue to be recycled in and out of prison in the following tantalising words: “The disturbing phenomenon of people cycling in and out of prison, trapped by their second-class status, has been described by Loic Wacquant as a ‘closed circuit of perpetual marginality’. Hundreds of thousands of people are released from prison every year, only to find themselves locked out of the mainstream society and economy. Most ultimately return to prison, sometimes for the rest of their lives. Others are released again, only to find themselves in precisely the same circumstances they occupied before, unable to cope with the stigma of the prison label and their permanent pariah status.”

The nub of the argument of prison abolition activists, such as Angela Davis and Michelle Alexander, is that structural oppressions (notably the stigmatisation of ex-offenders) are encouraged to convince a gullible public, justifiably fed-up with unrelenting crime, that the increasing prisonisation of our social and political landscape is a necessity, which it is not.

It would be a mistake to take the prison or the stigma heaped on ex-offenders for granted – it has an underlying business rationale. The prison, as a business venture, has not delivered on its promise to curb crime rates and is in fact designed to “fail” to ensure sustainable foot traffic for the merchants of despair and their silent partners in government.

Books on the machinations of the prison-industrial complex on South African soil are to be welcomed as they are valuable contributions to the dangers of aligning government business too closely with that of Big Business.