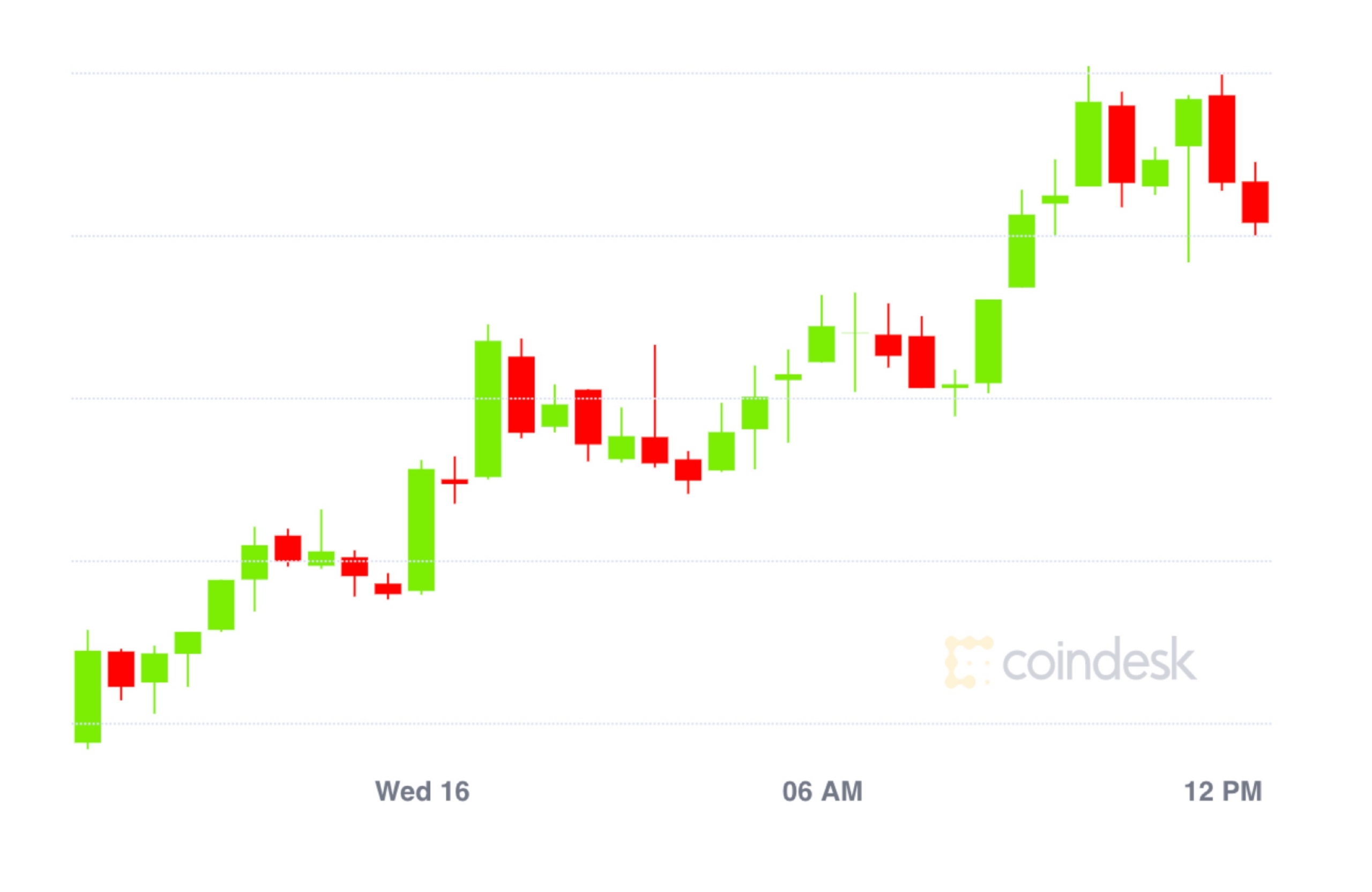 Bitcoin’s price continues to move up, with a little help from the U.S. Federal Reserve, while ether traders are hedging in the options market.

Bitcoin hit as high as $11,099 on exchanges such as Coinbase Wednesday after the U.S. Federal Reserve announced it was keeping interest rates near zero until maximum employment is achieved. The price lost steam to $10,979 as of press time, however.

At least one stakeholder remains wary until there is more buying volume in the bitcoin market, however. “Personally I think we need to see sizable purchase volume above $12,000 to really get this moving, otherwise I would tend to expect some more consolidation over the next few weeks,” said Neil Van Huis, director of institutional trading at liquidity provider Blockfills. The last time bitcoin hit $12,000 was back on Sept. 1.

Bitcoin mining could play a role in near-term market movements, added Van Huis. “If BTC prices are higher, miners may look to capitalize on it by selling to raise cash,” he said. The mining difficulty adjustment, expected on Sept. 19, is anticipated to trend higher since hashpower has been hitting record highs this week. That means older mining machines will be replaced with newer models in order for some operations to compete.

“Miners would essentially be speculating on whether it would be more profitable to just let their bitcoin holdings ride because they can’t get access to equipment, or sell BTC to raise cash for equipment to mine more efficiently going forward,” added Van Huis.

Italian over-the-counter trader Alessandro Andreotti pointed to the amount of bitcoin locked in decentralized finance, which crossed the 100,000 BTC mark this week, as a bullish sign for the world’s oldest cryptocurrency. “I think it is a great milestone for decentralized finance as a whole, showing how much potential it has and how many investors believe in it,” Andreotti said. “These are exciting times.”

Ether options traders remain biased toward spot prices below $400. While 36% expect ether to be over $380, only 22% of options bets expect ether over $400 next week at the Sept. 25 expiration.

“The implied volatility is priced at a premium to historical volatility as ether investors are looking for downside price protection from future unfortunate events,” said Purdy. “This protection cost is often overestimated by the market and can be taken advantage of by selling options.”

Read More: Polkadot Projects Will Be Able to Mint Their Own Tokens in 2021