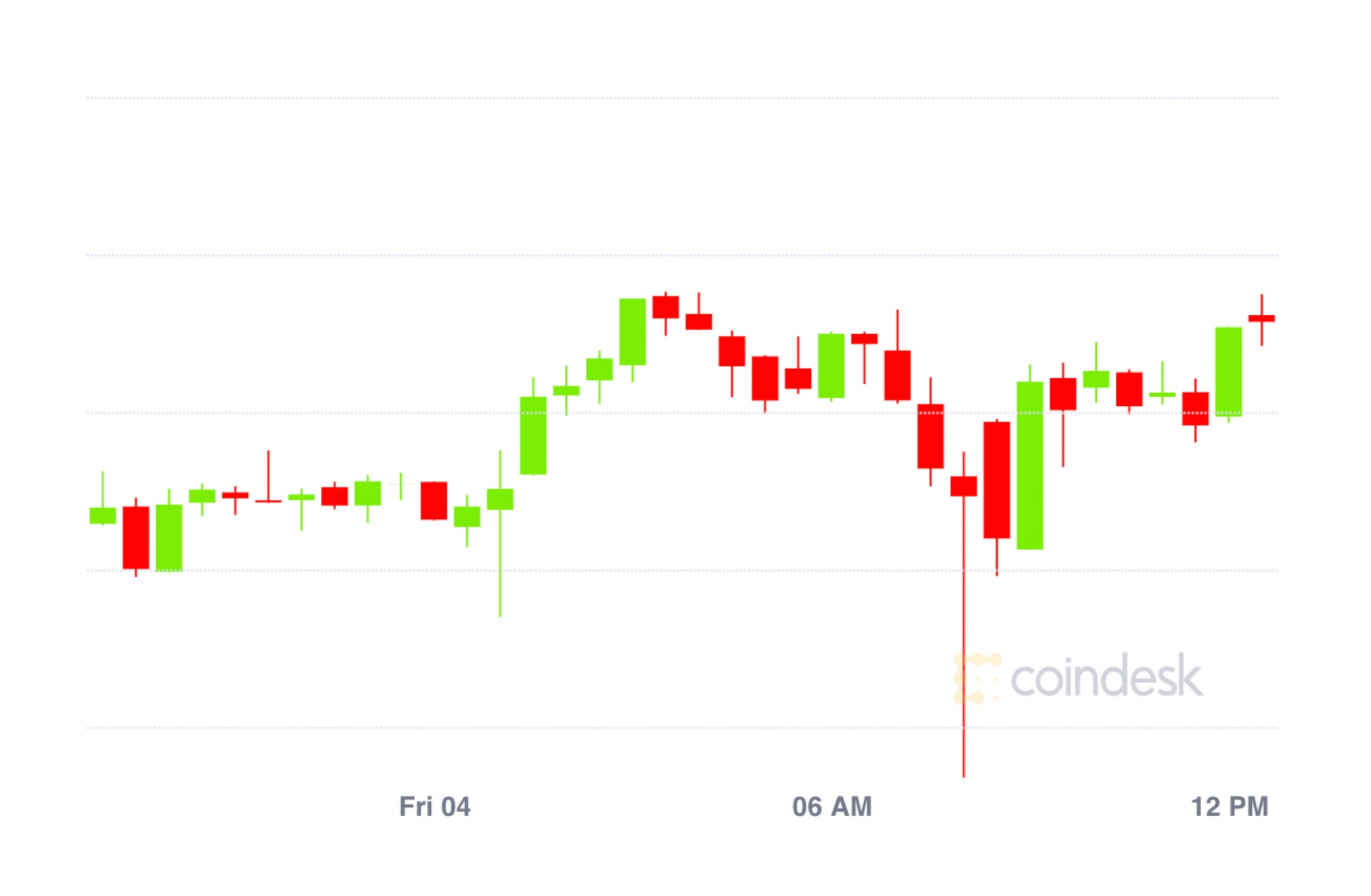 Bitcoin is in bear territory for the third straight day and investors are still looking to DeFi to capture gains during the dump.

“It’s not the best look for BTC from a momentum and positive volume standpoint, to be honest,” said Constantine Kogan, partner at crypto fund of funds BitBull Capital.

David Lifchitz, chief investment officer for crypto quantitative firm ExoAlpha, says traders are taking profit after bitcoin could not get past $12,100. It may seem like a long time ago but the price went as high as $12,058 only Tuesday.

“It looks like some bitcoin holders decided that this last failed breakout was one too many,” he told CoinDesk. “A full move could potentially bring the price back toward $9,500.

Lifchitz added that a few more fundamental factors that might be influencing the bearish bitcoin run.

“We observed that the market started to fade as South Korea’s largest exchange, Bithumb, had been raided by police,” he noted.

“It could also be miners deciding to monetize their rewards,” Lifchitz added. Indeed, bitcoin holders, which could include larger holders such as miners, are pushing more inflows into exchanges to its highest levels since late July.

“In my opinion, this is a classic case of an overstretched market, which had advanced too much too quickly, and so was in dire need of consolidation,” said Jean-Marc Bonnefous, managing partner of multi-asset manager Tellurian Capital. “Crypto is dropping in sympathy with other traditional risk assets,” he added.

Equities indexes were in the red Friday:

Alessandro Andreotti, an Italy-based crypto over-the-counter trader, is optimistic despite the currency cryptocurrency market environment. “Bitcoin has been extremely oversold. It actually reminds me of the March crash,” he said. “But, honestly, I think it can bounce back after this drop.”

Yields in DeFi may become important to crypto traders should the market continue to show bearish signals: Ether locked in DeFi is up, from 5 million to 6.9 million in the past week, a 35% increase.

Investors also continue to lock bitcoin into decentralized finance. There are now over 74,000 BTC in use on Ethereum as those who lock in bitcoin gain a yield or profit in the DeFi ecosystem. In the past week, the amount of bitcoin in DeFi has increased 33%.

Read More: BitMEX to List Futures for New Crypto Coins for First Time in Over 2 Years

Read More: Craig Wright Trial Over a Fortune in Bitcoin Moved to 2021

Disclosure
The leader in blockchain news, CoinDesk is a media outlet that strives for the highest journalistic standards and abides by a strict set of editorial policies. CoinDesk is an independent operating subsidiary of Digital Currency Group, which invests in cryptocurrencies and blockchain startups.
0Shares
98KBitcoinContinueCryptoDeFiInvestorsMarketPlowingTumblesWrap