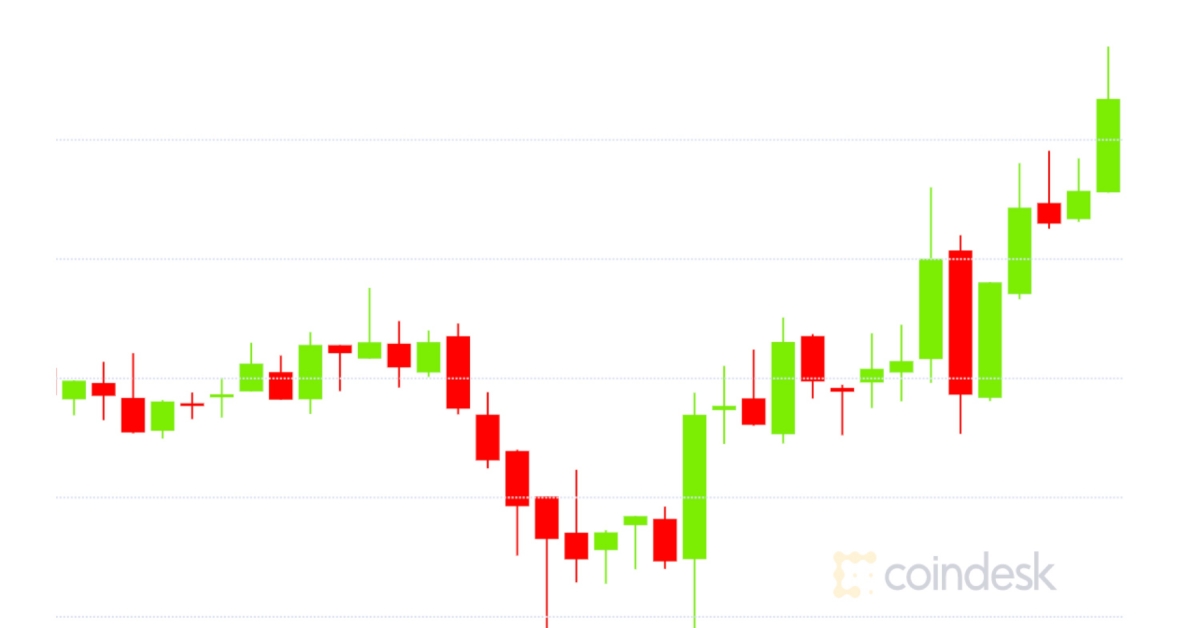 Bitcoin is turning bullish Thursday while ether futures open interest sticks around $1 billion the past month.

Bitcoin’s price is on the rise Thursday, moving from a mostly flat trend to hit as high as $11,543 on spot exchanges such as Bitstamp. It was changing hands at $11,537 as of press time.

The move upward arrives as the world’s oldest cryptocurrency has struggled to stay above $11,500 since Oct. 13. Andrew Tu, an executive at trading firm Efficient Frontier, said this phenomenon, often known as “resistance” where traders take profits, creates sell momentum and holds back bitcoin from pushing higher.

“Looking back at 2020 so far, bitcoin is on a nice and steady walk upwards,” said Henrik Kugelberg, an over-the-counter crypto trader based in Sweden. “It is very fortunate that we have bitcoin to look at when most other macro things look gloomy, to say the least.”

BItcoin is trouncing traditional investment hedges such as gold and even silver. While gold is up 26% in 2020 and silver has gained 35%, bitcoin has climbed 57%.

“There will always be plunges, bull runs and plateaus with bitcoin,” Kugelberg added. “But I am confident we have not seen all the effects of the amazing developments in and around bitcoin.” One of these developments has been the increasing number of publicly traded companies holding some bitcoin as a reserve asset, something Kugelberg sees as a bullish driver.

Efficient Frontier’s Tu sees significant upside if bitcoin can get over the $12,000 price point. “If we do successfully break $12,000 we could see BTC sharply rise, as there are few historical resistance lines past this point,” he added.

The ether futures market has stagnated in the past month, hovering around $1 billion in open interest per day after hitting record numbers on Aug. 15 and Sept. 1, when it briefly surpassed $1.7 billion.

Vishal Shah, a crypto options trader and founder of derivatives exchange Alpha5, says the earlier open interest spike can be attributed to the decentralized finance, or DeFi, frenzy.

“The way I look at that chart is by extracting out the mid-July to mid-September open interest change. That was the DeFi effect,” Shah said. “Now we are mostly tracking broader industry growth with some elements around Ethereum 2.0 keeping hopes high.”