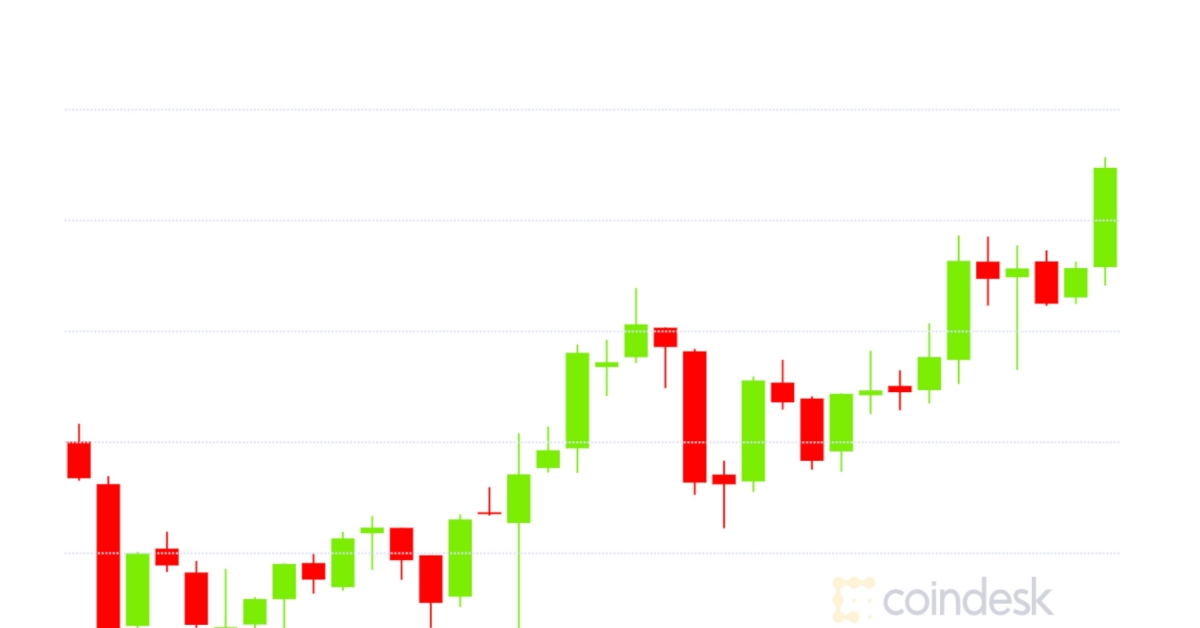 Bitcoin stays in bull mode but on lower volume while the amount of ether locked in DeFi falls.

Read More: Back at $13K: Bitcoin Unfazed by Profit Takers After Rise to 2020 High

“Bitcoin is naturally taking a breather after yesterday’s spike,” said Elie Le Rest, an executive for quant trading firm ExoAlpha. “The critical level to hold is $12,500-ish, thus turning previous resistance into support.” The last time the world’s oldest cryptocurrency held these price levels was way back on July 10, 2019.

“We could, however, see a sideways period in the coming days, even a mild pullback, but bitcoin seems to have established a new base here,” Le Rest added.

Bitcoin at “$13,000 was near a prior high, so it’s a natural place to pull in for a pit stop,” said Bill Noble, chief technical analyst at Token Metrics. “BTC has started an uptrend, so it can stay here to build up steam for the next big move.”

Volume may be a key component to further upward price action. Thursday’s daily volume was at $688,966,174 for major USD/BTC spot exchanges as of press time. That’s starkly lower than on Wednesday, which at $1,578,271,994 was the highest volume day since July 28.

Some of that volume Wednesday likely came from developments in bitcoin adoption news as PayPal plans to support cryptocurrencies for its 346 million users within a few weeks.

Karl Samsen, executive vice president of capital markets for trading firm Global Digital Assets, said he is optimistic further bullish news on investment firms buying bitcoin could develop. “The money that matters to bitcoin’s intended growth is more on notice than it has ever been before,” Samsen told CoinDesk. “The PayPal adoption almost forces asset managers to make BTC part of their allocation.”

It’s possible asset managers have already noticed, according to William Purdy, a derivatives trader and founder of analysis firm Purdy Alerts. He pointed to the upward trend of bitcoin futures, at a high not seen since the start of September.

“Institutional interest is usually slow-moving, so that high is a good sign of trend strength and interest with actual capital placement in BTC futures,” Purdy told CoinDesk.

Alex Mashinsky, CEO of crypto lender Celsius Network, said bitcoin could dip in the near term but more record highs are in store. “BTC will re-test $12,000 levels to see if the PayPal news is just a pump and dump or a new wave of adoption, which will take us to new highs before the end of the year.”

The amount of ether locked in decentralized finance, or DeFi, is declining. After hitting a one-month high of 9.2 million ETH on Oct. 20, the amount began ticking down Wednesday, dipping to 9 million.

Marc Fluery, chief executive officer of crypto asset manager Two Prime, said the decline is just a market blip despite the drop and other metrics like ether dominance also falling.

“Ether, far from its blockchain narrative of 2017 [initial coin offerings], has proven a viable financial store of value, just like bitcoin, really,” said Fluery. “While ETH dominance is dropping, we believe that the brand is established and that, in a market where brand awareness and the linguistics of popularity are everything, ETH will continue to do well and be a dominant force in the ecosystem.”