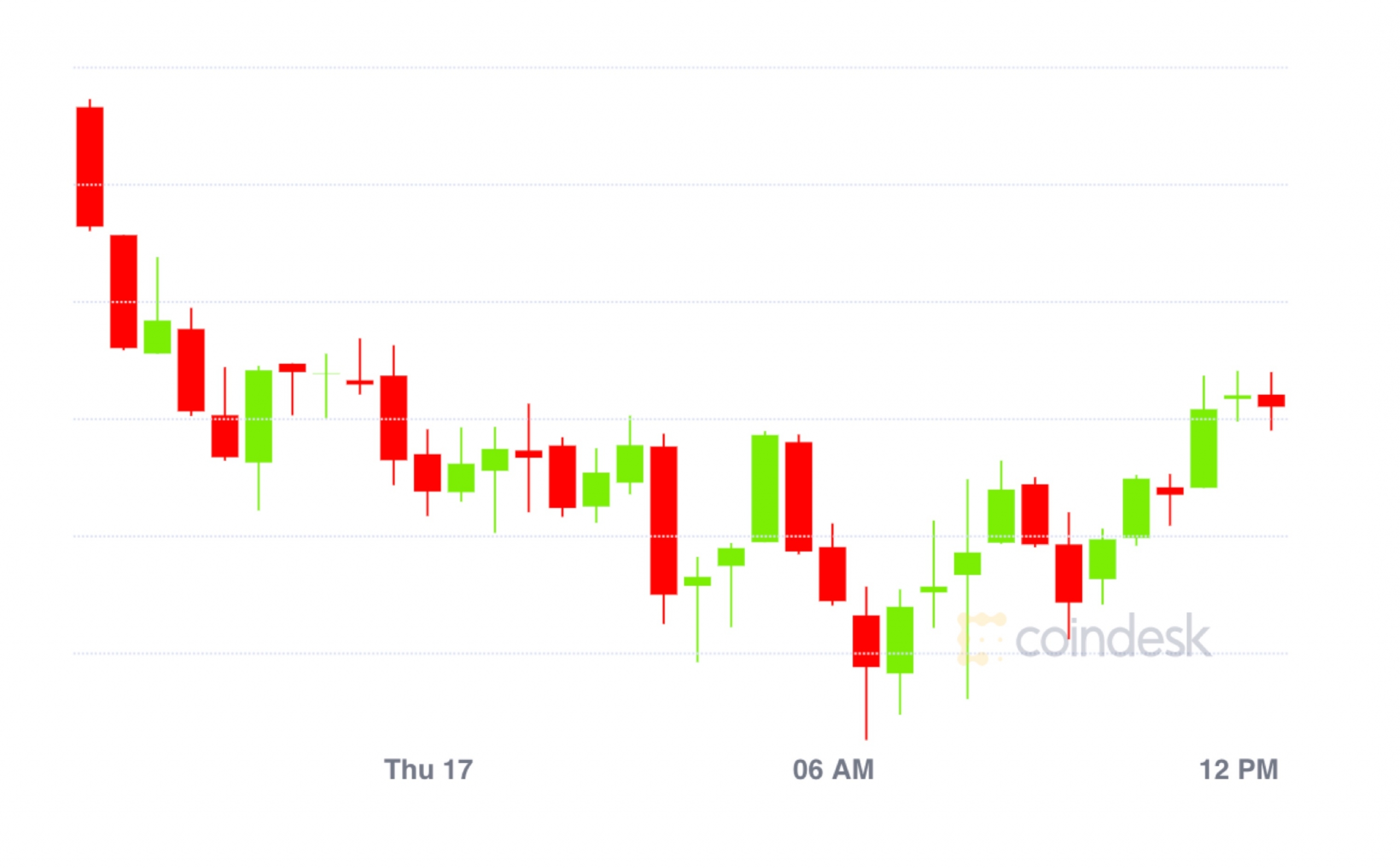 Bitcoin lost momentum Thursday while DeFi delirium pushes fees on Ethereum back up.

Bitcoin headed downward Thursday, going as low as $10,735 on spot exchanges such as Coinbase, but recovering to $10,920 as of press time.

Thus far in September, bitcoin has been over the $11,000 mark twice, most recently on Wednesday prior to the U.S. Federal Reserve announcement of unchanged interest rates and allowing inflation to run over 2% in the near term.

Katie Stockton, analyst for Fairlead Strategies, sees a lack of momentum in the bitcoin market Thursday. “Today is an ‘inside-day’ for bitcoin, when the day’s high-low range is encompassed by the previous day’s range, so the action is not impacting the chart in a meaningful way.” Indeed, Wednesday’s bitcoin price range was wider, at $10,662-$11,099 per bitcoin.

In the options market, implied volatility, a measure of bitcoin’s forecasted price movement, is much higher than realized volatility, which is based on historical price changes.

This phenomenon has been occurring since July as options traders are increasingly hedging their bitcoin bets, said William Purdy, an options trader and founder of PurdyAlerts, an analysis firm.

This is also happening in the ether options market, though not as pronounced as in bitcoin. Investors still expect an additional price boost from May’s halving, which reduced the new supply of bitcoin coming to market, according to Purdy.

“As we get later and later into the post-halvening cycle, traders are likely increasingly expecting a major price change and therefore expecting their already expensive premiums to still net positive ROI as they expect an even larger change in price,” Purdy told CoinDesk.

The average transaction fee on the Ethereum network is shooting up once again, at 0.030806 ETH per transaction at press time. According to data aggregator Blockchair, that translates to $11.97 at current ether prices.

“There has been a fair amount of congestion for some time already and we now have the very popular one-off airdrop of the much awaited Uniswap token UNI that is the talk of the town,” said Bonnefous. “More tokens like YAM are going live this week also. DeFi definitely sets the agenda in the digital assets markets this month,” he added.