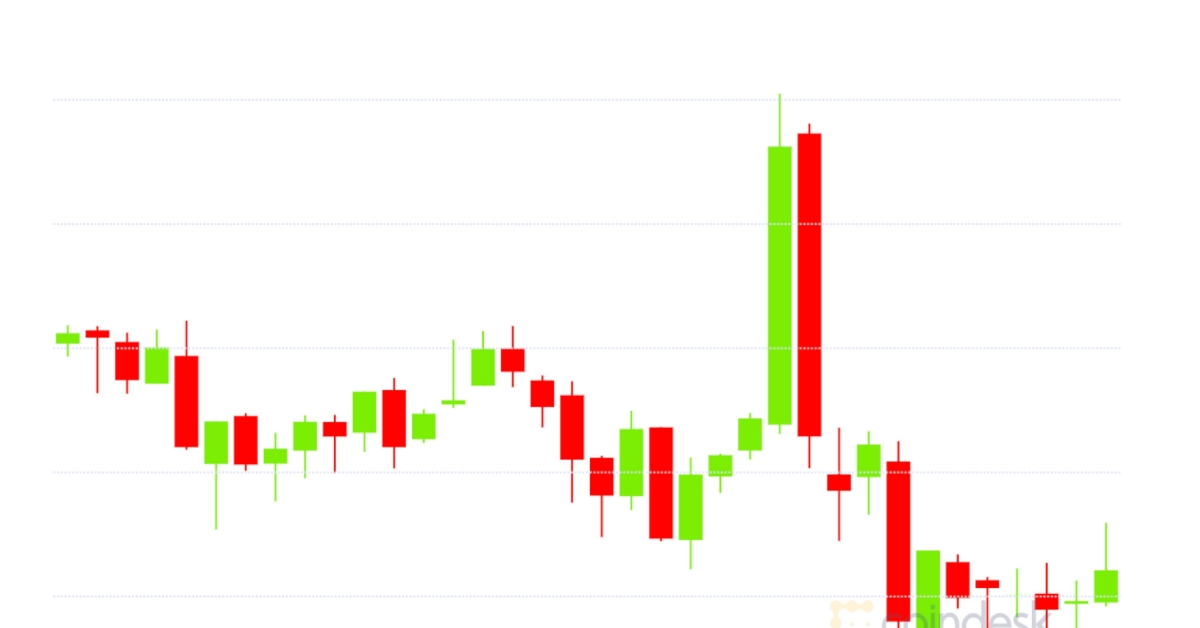 Bitcoin is trending downward while ether transaction activity is showing Uniswap’s influence on the market.

Bitcoin’s price dipped Wednesday after a move up to as high as $11,555 on spot exchanges like Bitstamp lost momentum. The world’s largest cryptocurrency by market capitalization then slipped to as low as $11,286 and is at $11,359 as of press time.

On Aug. 18, bitcoin traded at its 2020 high (so far) of $12,475 on spot exchanges such as Bitstamp. Many investors were hoping bitcoin’s uptrend since Oct. 8 would break above that level.

However, the market has predictably pulled back, at least according to David Lifchitz, chief investment officer of quant trading firm ExoAlpha.

“A small pullback after is normal and healthy in order to reload before the next reach toward $12,000,” Lifchitz added.

Investors expect more volume in the market might help push prices higher. Yet, spot volumes have decreased since late July and into August, when USD/BTC trading activity sometimes could reach as high as $1 billion on a single day.

“Crypto exchange and derivative exchange platforms have seen a month-over-month decline of over 30% from numbers seen as recently as June,” said Zachary Friedman, chief operating officer for trading firm Global Digital Assets. “Generally speaking, the industry is still at a place where retail traders dictate most of the volume. These traders have been seen opting more for a longer term HODL strategy, which has caused a lull.”

One metric to keep an eye on is implied volatility, which has been trending lower. “Implied volatility is the expected volatility of bitcoin going forward, which tends to give some insight on how much bitcoin could swing, up or down,” noted ExoAlpha’s Lifchitz.

This means traders have more certainty of price direction – at least for the time being. “Today, bitcoin options one-month implied volatility is around 50%, which is in line with a historically quiet market, meaning that there is, as of now, no drastically bullish or bearish sentiment out there regarding expected bitcoin short-term moves,” said Lifchitz.

The decentralized exchange, or DEX, Uniswap is dominating the ether market when looking at asset flows. Over the past month, over 4.2 million ether changed hands via Uniswap, tops for the network for one entity, according to data aggregator Flipside Crypto.

This activity is a display of the influence Uniswap has on the market. However, Brian Mosoff, chief executive of investment firm Ether Capital, isn’t too concerned about the DEX having so much influence on ether’s market.

“Uniswap is completely transparent when it comes to trading volumes and metrics,” Mosoff said. “Compare this to alternatives in the cryptocurrency space in centralized exchanges – you need to trust the output of a volume feed that can be controlled by a single person.”

Read More: In Effort to Differentiate, Litecoin Makes a Move to Privacy