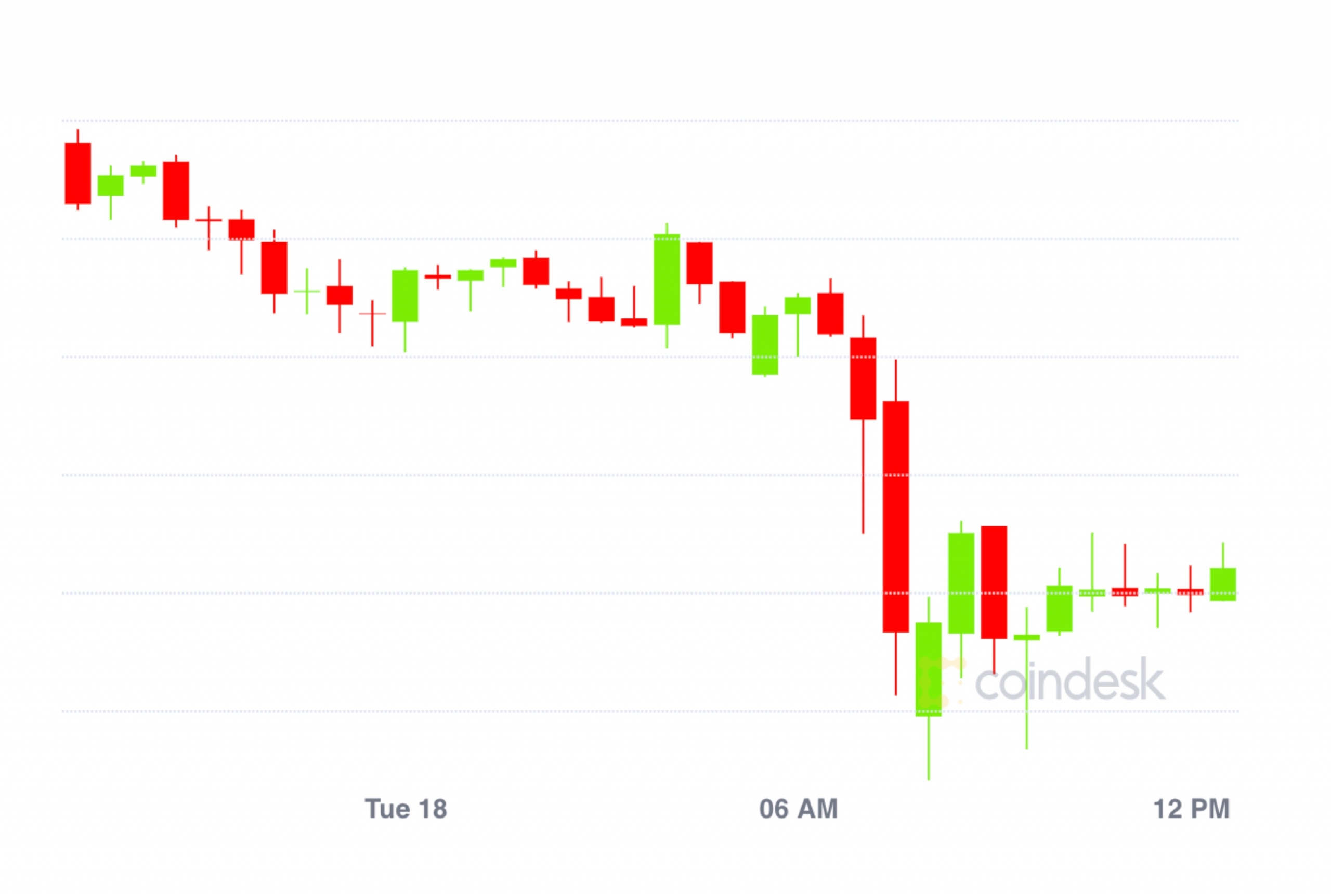 Bitcoin’s prices were off from Monday’s high. Meanwhile, high fees on Ethereum helped decentralized exchange Uniswap rake in $7 million over the past month.

After hitting a 2020 high Monday, bitcoin dipped to as low as $11,825 on spot exchanges such as Coinbase on Tuesday. Seychelles-based BitMEX saw plenty of action during this price rise and fall, as both long and short traders were wiped out in automatic liquidations, the crypto equivalent of a margin call. During Monday’s sharp price rise, BitMEX liquidated short traders by as much as $10 million in one hour. During Tuesday’s decline, long traders were wiped out at a rate of $6.7 million in an hour.

Many traders, including Andrew Tu of quant trading firm Efficient Frontier, see $12,000 as “resistance” or a price level that is tough to overcome but when it is, bitcoin can break to higher territory.

Bitcoin’s price was just under $12,000 as of press time after the selling pressure earlier.

Michael Rabkin of Chicago-based trading firm DV Chain told CoinDesk both retail and institutional interests are fueling fresh bitcoin highs, and the asset is headed higher. “Bitcoin’s popularity is growing in the mainstream media and with traditional investment firms as the U.S. continues its stimulus,” he told CoinDesk.“Even though this can’t last forever there is no end in sight, so people are looking for alternatives” to the U.S. dollar, Rabkin added.

Indeed, the U.S. Dollar Index, a measure of the greenback’s strength relative to a basket of other currencies, is at an over-two-year low Tuesday as the coronavirus-inflicted global economy continues to cause problems for the American economy.

Every time bitcoin’s price moves higher over the remaining months of an uncertain 2020, there will be renewed investor interest in crypto, added Efficient Frontier’s Tu. “It’s all part of this current bull cycle we’re in,” Tu said. “It’s a positive feedback cycle in which double-digit rises cause more retail and professional investors to jump in, which begets further rises.”

Read More: DeFi-Yield-Hunting Token YFI Explodes to $11K From $32 in One Month

The decentralized exchange, or DEX, Uniswap V2 has crossed $7 million in fees collected over the past month. It is currently number one on the Ethereum network, according to fee tracker ETH Gas Station. The DEX also dominates the market for trading volume, at $233 million in the past 24 hours and over 60% of market share.

George Clayton, managing partner of alternative asset firm Cryptanalysis Capital, says Ethereum’s growth is “crazy.” He noted the second company on Ethereum’s fee rankings, Tether, rakes in $6.3 million in fees per month and is deployed on other blockchains. “Tether is the only major project to spread out on other blockchains,” Clayton said. “I’m a bit surprised others haven’t followed yet given Ethereum’s gas problems. Something has to give.”

Read More: Dust Attacks Make a Mess in Bitcoin Wallets, but There Could Be a Fix

Read More: The OCC’s Crypto Custody Letter Was Years in the Making

Disclosure
The leader in blockchain news, CoinDesk is a media outlet that strives for the highest journalistic standards and abides by a strict set of editorial policies. CoinDesk is an independent operating subsidiary of Digital Currency Group, which invests in cryptocurrencies and blockchain startups.
0Shares
118KBitcoinETHFeesMarketMonthlySlidesUniswapWrap