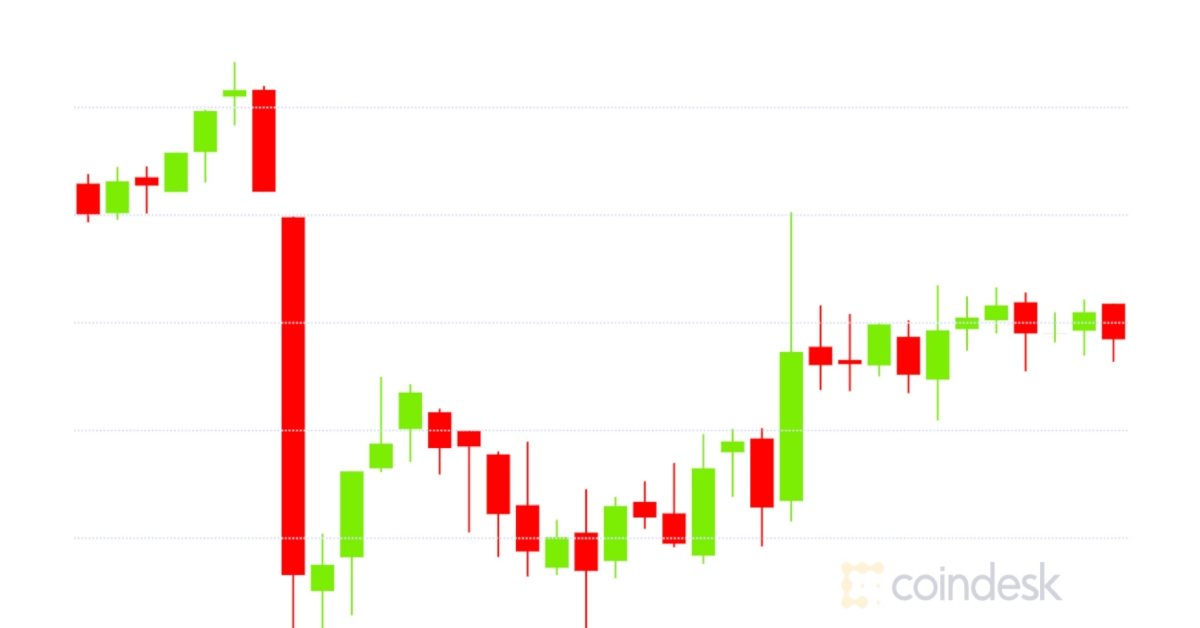 Bitcoin has performed well in the face of a bleak news cycle while stablecoin assets in the crypto ecosystem continue to grow.

Despite the continuous stream of negative news this past week, the crypto markets have remained resilient, according to Zachary Friedman, chief operating officer of brokerage Global Digital Assets.

“If we look back, we have seen a hack of Kucoin, a major BitMEX lawsuit and even trouble in the traditional markets through the announcement that [U.S. Pres. Donald] Trump contracted COVID-19,” Friedman said. “Historically, these three collective events would have sent markets reeling. This shows that the market is increasingly filled with more bullish investors [who] believe in the fundamentals.”

Bitcoin’s dip to $10,362 Friday is its lowest price point since Sept. 24, well before the recent torrent of bad news began and perhaps a sign of the world’s oldest cryptocurrency’s capacity to recover quickly.

Jean-Baptiste Pavageau, a partner at crypto quant trading firm ExoAlpha, anticipates some increased volatility ahead. “Liquidity is a key metric for professional traders,” said Pavageau. “While BitMEX witnessed sometimes unusual price behavior on its exchange, it would not be surprising to observe more of these spikes and crashes while the liquidity dries-up.”

Read More: BitMEX Moves $337M in Bitcoin Ahead of First Withdrawals Since Charges

Indeed, BTC/USD open interest on BitMEX, a measure of liquidity on derivatives exchanges, has dropped since the revelation of its legal troubles, going from $589 million just prior to the news Thursday to $461 million as of press time, a 21% decline.

As open interest on BitMEX wanes, investors are increasingly moving bitcoin to other exchanges. At one point, an outflow of over 11,000 BTC went to other exchanges at 01:00 UTC Friday, including 4,786 BTC to Binance, 3,899 BTC to Gemini and 989 BTC to Kraken, according to data analysis firm CryptoQuant.

“It’s going to be a volatile couple of weeks,” added Mostafa Al-Mashita, vice president of trading for Global Digital Assets. “I would not be surprised to see another ‘black swan’ event in the next two months, although bitcoin’s price action has been surprisingly bullish considering the news,”

Volatility in bitcoin is positive news for options buyers, and that market has 34,100 BTC in bets placed for expiration on Oct. 30.

“It’s a tough market at the moment, up one minute and down the next,” said Rupert Douglas, head of institutional sales for crypto brokerage Koine. “I still think there are risks to the downside. Markets don’t like uncertainty and we’ve sure got that until early November.”

The total market capitalization of stablecoins has grown from $2.6 billion at the start of 2019 to $20 billion by late September. Tether (USDT), at $16 billion, leads the way, with U.S. dollar coin (USDC) in second at $2.5 billion followed by TrueUSD (TUSD) with a $507 million market cap.

A yield farmer who chooses to go by the handle devops199fan believes stablecoins provide an important role as an increasing market for stable assets strengthen the decentralized finance, or DeFi, ecosystem. “The stablecoin market cap is starting to go parabolic,” said devops199fan. “I think we’re just getting started. In DeFi specifically, we’ve only scratched the surface of what’s possible in terms of financial primitives and systems.”