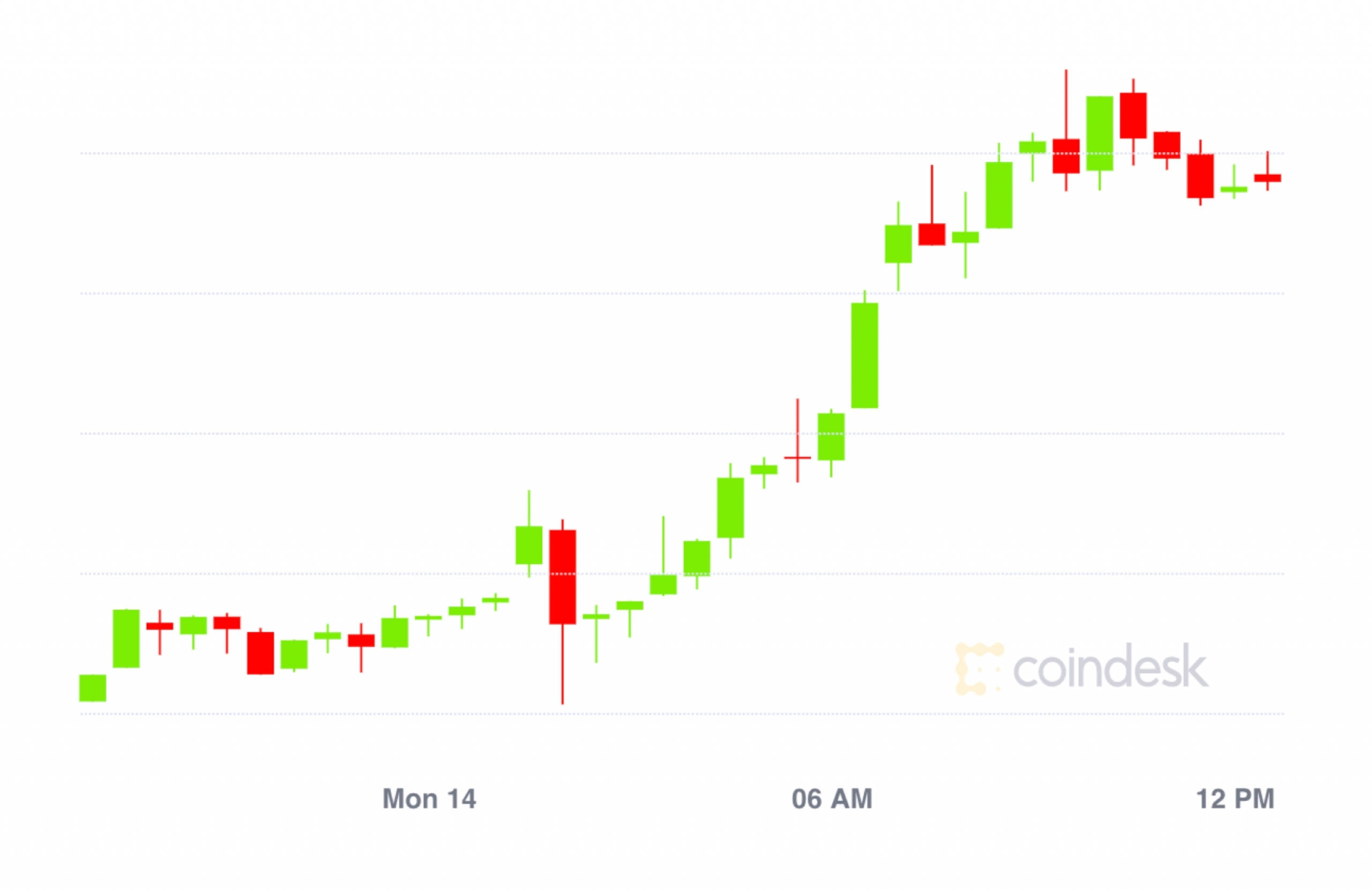 The price of bitcoin hit as high as $10,759 on spot exchanges such as Coinbase Monday. That level has not been seen since Sept. 3 and the cryptocurrency is now heading into bullish territory.

Buy liquidations, the crypto equivalent of a margin call that wipes out short-sellers on derivatives exchanges such as BitMEX seemed to be helping to push bitcoin’s price up. A total of $19 million buy liquidations were more than double the $9.1 million in sell liquidations over the weekend and into Monday on BitMEX, helping fuel the price upswing.

In the options market, some traders remained highly bullish that bitcoin can hit new highs.

“While bitcoin price dabbles around $10,000 now, traders have still priced in a chance that bitcoin will trade at $20,000 by March 2021,” said William Purdy, an options trader and founder of analysis firm PurdyAlerts.

Indeed, based on how options are currently trading in the market, it appears as if options traders are estimating a 10% chance that bitcoin will be at $20,000 by the March 2021 expiration date.

Over in the futures market, investor interest seems to have waned somewhat.

Read More: Some Bitcoin Traders Are Betting on a $36K Price by Year’s End

However, Lau said a higher bitcoin price could mean an increase in futures interest. “It seems traders are in a holding pattern,” Lau added. “U.S. markets have had a strong opening this morning, which pushed BTC up 5%, so it will be interesting to see what impact that has on open interest in the coming days.”

The total amount of “gas” (or costs) used on the Ethereum network to send transactions and interact with decentralized finance (DeFi) protocols hit new highs in September. On Sept. 6, a record 80 billion units of gas was used on the network, and Friday (Sept. 11) was the second-highest usage day ever, at 79,743,954,147 units used.

“I have short-term concerns about Ethereum network congestion but it’s a positive for the long term because it shows demand,” said Brian Mosoff, chief executive officer of Eth Capital, which invests in the Ethereum ecosystem.

The short-term issues could cause pain from a usability standpoint, Mosoff added. “Realistically, until the second and third phases roll out in ETH 2.0, high gas costs or requiring the use of a supporting or competing network are going to be the reality.”