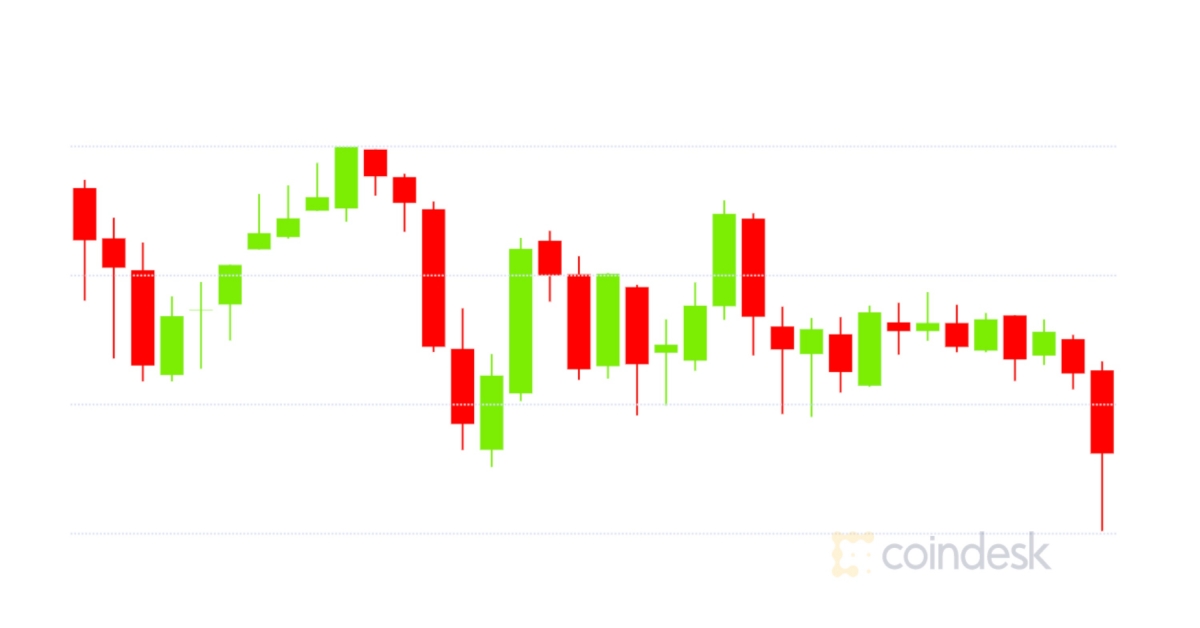 A bitcoin rally to new 2020 highs has been slowed by lower spot volume. Meanwhile, some ether investors are moving capital out of DeFi.

Bitcoin’s price rise stalled Friday after making gains over the past 24 hours, most notably going as high as $15,934, according to CoinDesk 20 data. It was trading at $15,502 as of press time.

“BTC has been bullish for the last four weeks, incredibly rallying from $10,000 to $15,000,” noted Ian Balina, chief executive officer of analysis firm Token Metrics. “This month’s rally is similar to its previous big rally back in 2017 when BTC rallied from $6,000 to almost $20,000 over November and December.”

A bitcoin price push higher will likely require the return of higher-than-average spot volumes. Volumes for Friday were much lower than Thursday, which at $1,569,081,137 was the highest daily average volume day since July 27. On that summer day it hit $1,579,784,44 on major USD/BTC spot exchanges. As of press time, Friday’s spot exchange volume was at $1,064,734,786.

“The minor pullback today is normal and healthy,” Lau told CoinDesk. “In the past, bitcoin has experienced strong, quick moves and retracted much more. I’d look to see if BTC can settle in and establish a base before making another move upwards.”

Bitcoin’s dominance, a measure of the world’s oldest cryptocurrency’s market cap as a percentage of total crypto assets, is starting to dip. After a steady October and early November rise to 65.5%, it dropped on Friday.

Jean-Marc Bonnefous, managing partner of investment firm Tellurian Capital, said bitcoin might be losing some momentum after its stratospheric price rise, adding that some investors make take profits and plow them into alternative cryptocurrencies, or altcoins.

“BTC has already done quite a bit of work to the upside and will need to take a breather,” Bonnefous said. “At some point the rotation will occur again from BTC to these heavily sold alt tokens.”

Since Oct. 20, when the amount of ether locked in decentralized finance, or DeFI, was at 9,211,000 ETH, investors have been pulling the cryptocurrency out. Over 642,000 ETH was moved out of DeFi as of press time, down to 8,569,000 ETH, according to data aggregator DeFi Pulse.

The trend follows a rocky past 30 days for ether locked in DeFi, as about one month ago the amount of ether into DeFi was at 8,423,000 ETH. Vishal Shah, an options trader and founder of derivatives venue Alpha5, says ether’s gyrations locked has to do with the ethereal nature of Ethereum’s DeFi products.

“Most of the ETH locked in DeFi is to accumulate or accrue tokens that don’t have a tenable value,” Shah noted. “And as those values started to fall dramatically, the ‘APY’ [annual percentage yield] that served as the bait for participation in various pools naturally started dwindling.”

Read More: Square Reports Over $1B in Quarterly Bitcoin Revenue for First Time

Previous PostWorld Teacher’s Month – The Mail & GuardianNext PostCalifornia’s Prop. 24 Could Be a ‘Silver Lining’ for Crypto Exchanges Looking to Comply With GDPR